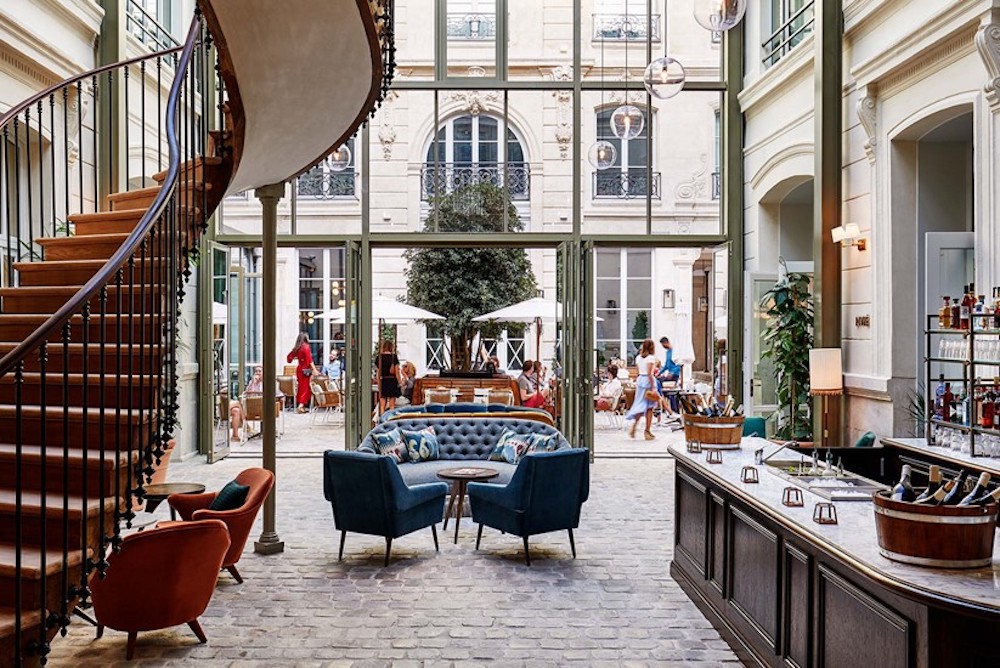 Where Does a Modern Writer Work in Paris?

Hemingway took over the Ritz bar, Fitzgerald was at Café de Flore, and all together the writers of the hot and golden 20s swarmed some of Paris most elite and exclusive bars, brasseries, and restaurants to… write.

Fast forward a century, and modern-day writers, journalists, and expats aren’t necessarily frequenting the old haunts that the legends did. At the time of Hemingway, the currency exchange rate was so large that expats’ American money could pay for a lot in Paris, and they loved showing it off. Now, Paris is just as expensive as New York City. For doing work, brasseries are loud and their tables are tiny. Moreover, many Parisian establishments do not welcome the use of laptops (aka the typewriters Hemingway’s time). So where to modern worker-bees go?

If you need pin-drop silence, this is the place to be! The library (bibliothèque) is almost a religious institution in France, and unlike stateside, there are lines to get into the library sometimes near the Panthéon! It’s an educational value that the French definitely keep alive, and being within the walls of these centuries-old libraries really does inspire productivity. To enter Bibliothèque Mazarine, just go in with ID and get either a 15€ annual pass or a five-day free pass (information here). For BnF, it’s 3,90€ per day or 15€ annually (information here).

There’s tons of co-working spots around Paris like these, but NUAGE is special because of its cozy vibe. Not overly urban, this location really is your inspiration nook in Paris. Climb into one of the working areas, show off your happy socks, and get on with your work in peace! Also, don’t forget about the Nutella they have as a free snack.

Want other coworking spaces? Here are 7 other great ones in Paris.

Hotels are indeed often intimidating, but small boutique hotels often have the loveliest staff, and lobby cafes! Off-Seine Paris is an option and Hoxton Hotel, too. Another little Parisian secret is Klay Health Club. It’s a members-only wellness space, but the restaurant/cafe is public. Open all day long, there are never many people in the lush courtyard. Order a healthy juice and work away.

The Brooklynization of Paris is a thing, but the coffeeshops are one of the positive side-effects. While so many of them have banned computers, find yourself one that really feels comfy and the employees are understanding to your writing habits. O Coffeeshop is a good place to start in the 15th arrondissement. They have scrumptious banana bread, plus, when you get bored and lose inspiration you can chat with the friendly owners, Tim and Matt.

Parks in Paris have WIFI. Now, whether it will work is a bigger question, but they are some of the most productive locations in Paris. You can people-watch, enjoy fresh air, and work in the ever-present green metal chairs. Parc des Buttes-Chaumont and Parc Montsouris are the city’s most underrated parks, and definitely aren’t not touristy-enough to be too crowded for working.

There’s no place like home, especially if you’ve got a window. Why? Because Parisian windows open all the way giving you plenty of fresh air and the soundtrack of the city. Having an home work place does have its perks, like all the amenities and snacks for free. And keeping pajamas on all day.