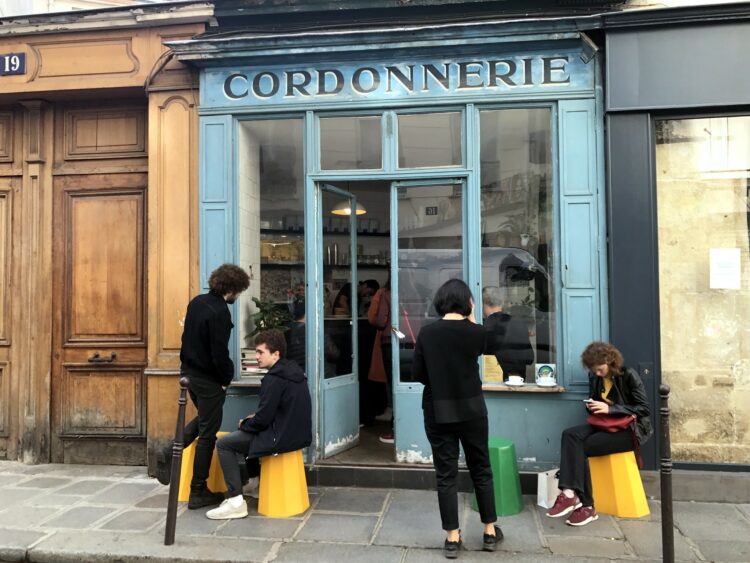 How “Coffee Culture” Came to Paris & Where to Find It

Paris has always been known for its espresso-fueled café culture. But a true coffee culture has been a long time coming. Accustomed to the bitter, chicory-flavored monstrosity served in tiny Illy cups and saucers with tubes of sugar and a miniature spoon, the French have expressed no specific desire for Brooklyn-grade beans. So Brooklyn began to take the grounds to Paris…

Over the last ten years, “coffee shops” (a word with no French translation) have begun springing up in Paris, typically in neighborhoods run rampant with gentrification. Most of these are run by Americans or Australians — rarely by born and raised Parisians. They are small and expensive because importing beans from anywhere not supplied by a French coffee giant is difficult. But if you know where to look for them, you can find some absolute gems.

The Financial Times recently included Boot Café and Partisan Café Artisanal as two of the best independent coffee shops in the world, spreading the word that Paris has finally got the hang of coffee. And as spring commences and the pandemic wanes, the following Parisian coffee shops are some of Frenchly’s favorites right now. 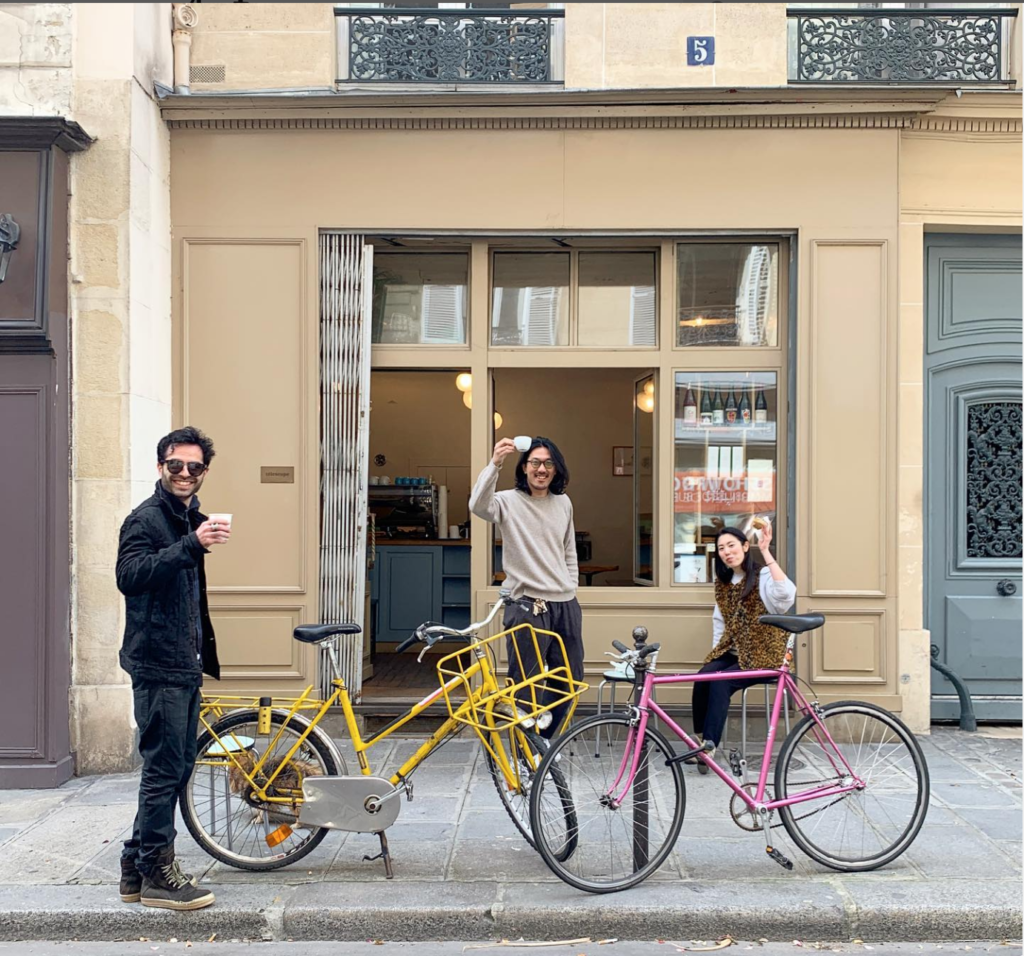 Télescope is one of the first coffee shops to enter the scene in Paris and lead the coffee culture revolution. Founded by photographer-turned-barista Nicolas Clerc, the shop has the chic, minimalist aesthetic common to these cafés. Clerc, a Frenchman trained in New York in the art of the grind, brought back his knowledge and transformed it into a coffee snob’s dream. “In France, most people expect coffee to be bitter and to wake them up. They put sugar in, close their eyes, and down it in one or two gulps. It’s like medicine,” says Clerc. Every cup of Télescope coffee comes with its extensive backstory so that drinkers can understand not just how good their cup is, but why. – 5 Rue Villedo, 75001 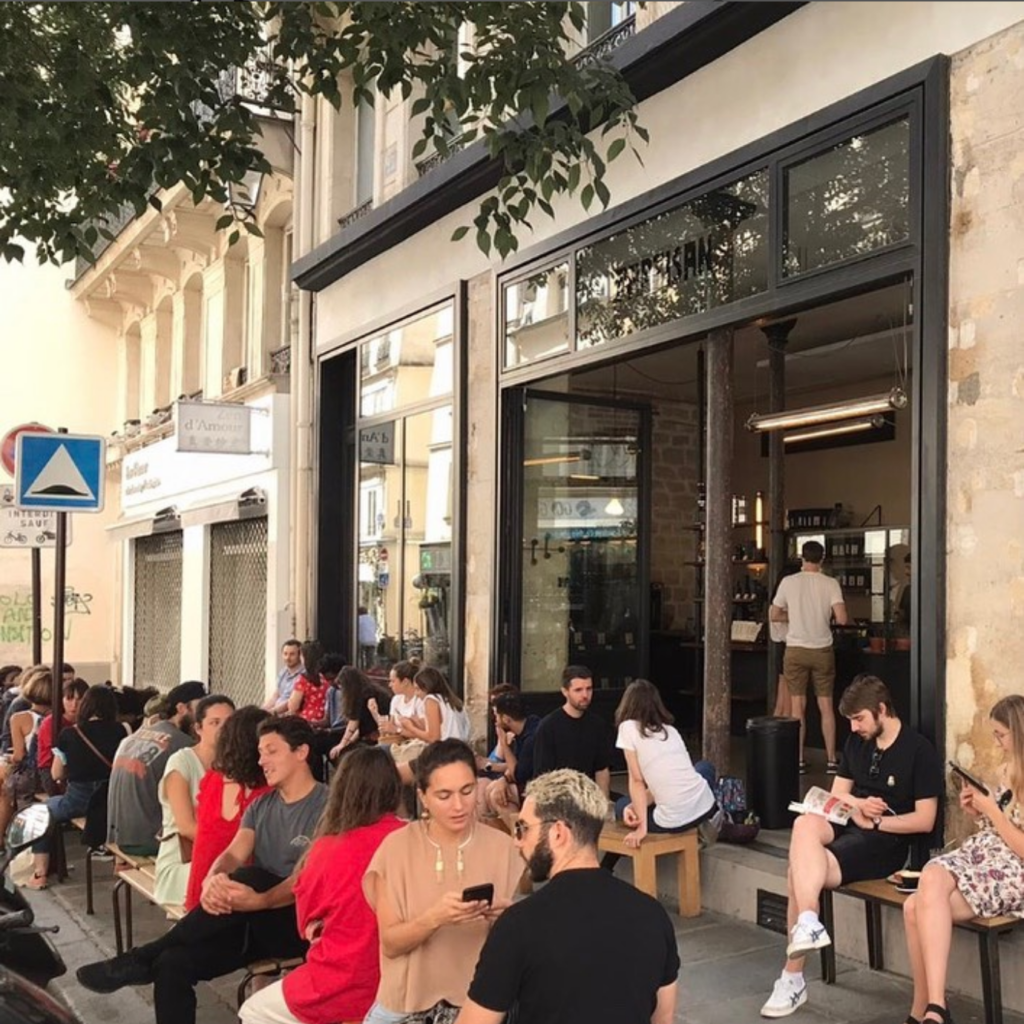 Partisan Café Artisanal is both a coffee roasting workshop and a specialty and local coffee salon, located in the heart of Paris, in the Arts et Métiers district. Its contemporary style and minimalist shop front draws crowds everyday, including many patrons choosing to take their coffee outside on a bench. It’s a true café society of the 21st century. Brothers Georges and Anthony Karam grew up in Lebanon’s renowned coffee culture, and so they wanted to create a space where the caffeinated drink could be savored as if it were wine. Voila! – 36 Rue de Turbigo, 75003 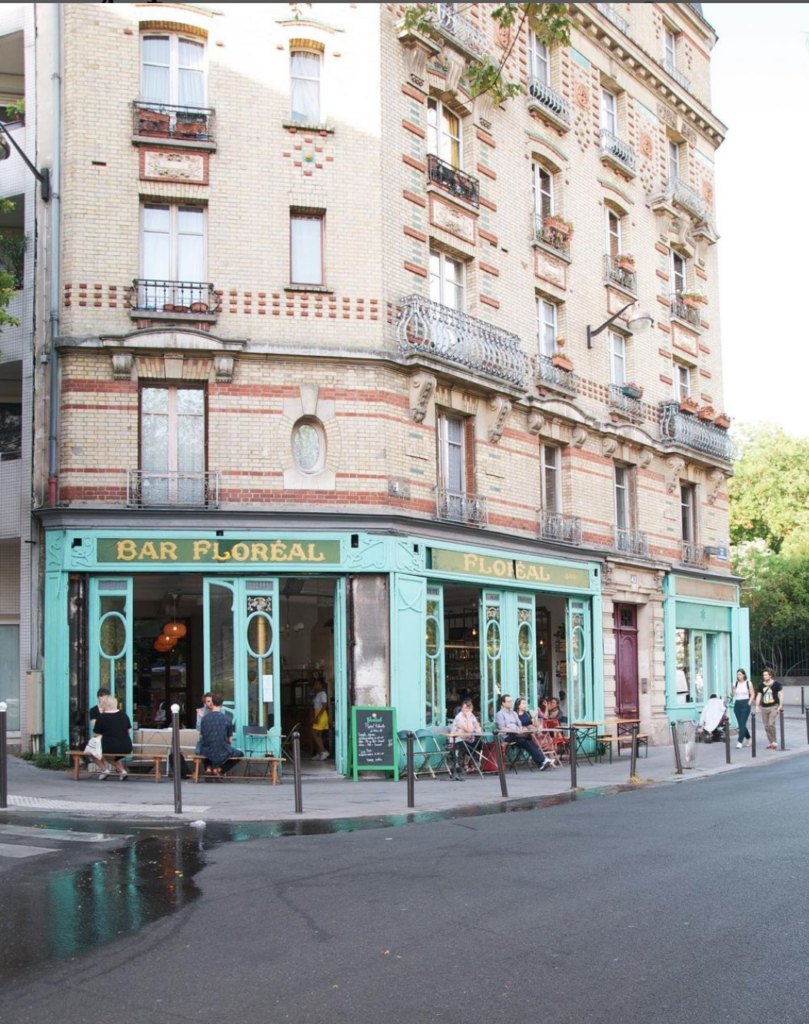 Belleville’s newcomer is a both a restaurant and a mean coffee bar featuring some of the best machinery and beans in town. While it’s not a traditional coffee shop as we know it, it’s almost better because you can sit outside in an old bistro, eat a steak, and have a lovely coffee. – 43 Rue des Couronnes, 75020 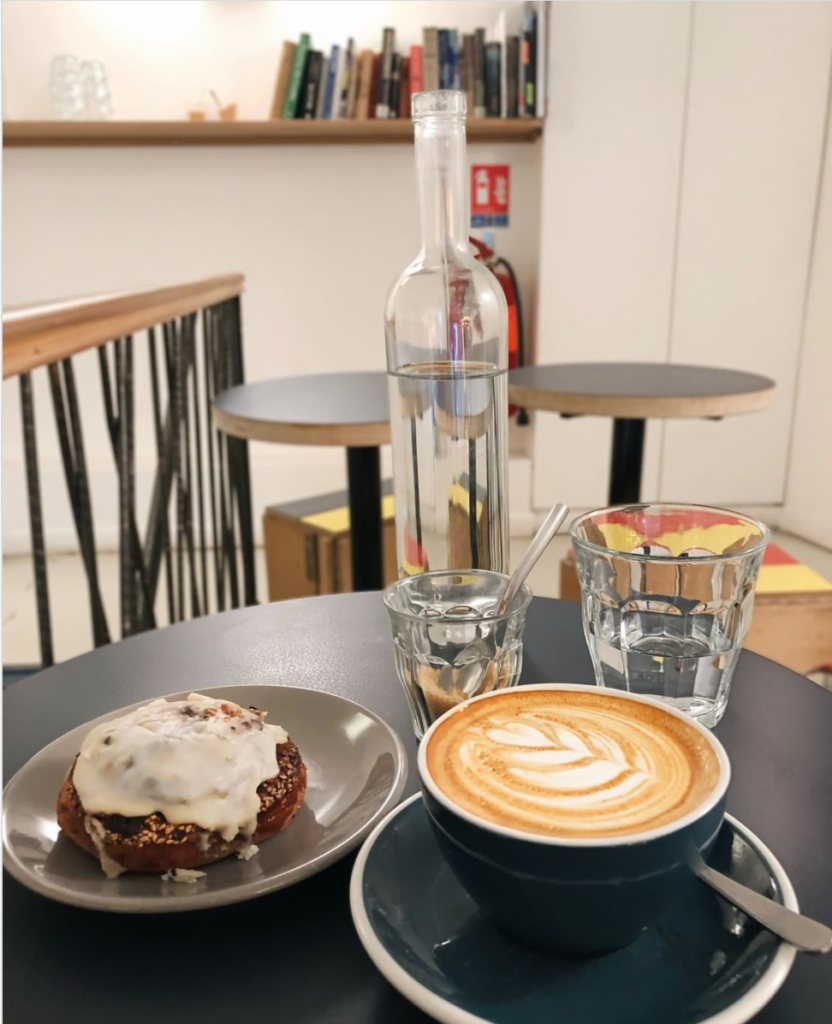 One of the places adding le brunch to the French lexicon, Ten Belles, is located right by the Canal St. Martin in Paris’s bobo (bohemian-bourgeois) district. The spot is just as famous for its charming baristas as its excellent cappuccinos. It was started by noted Parisian barista Thomas Lehoux. The bread is French quality, if not quite French traditional — these sweet and savory snacks are just the thing to ward off a burgeoning hangover. The sign outside says, “Drinking good coffee is sexy,” and if the well-groomed clientele of this trendy spot is any indication, that sentiment might ring true. – 10 Rue de la Grange aux Belles, 75010 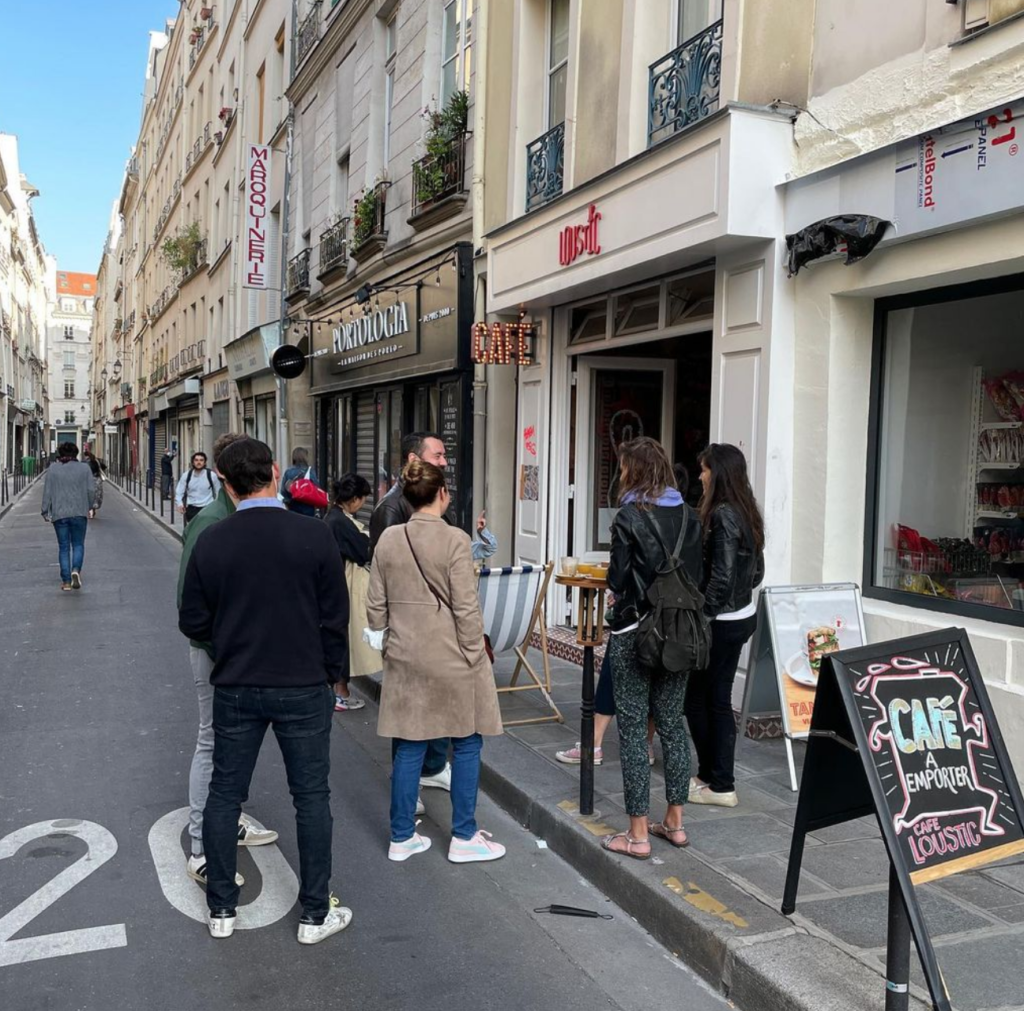 On the outside, Loustic is a beautifully quirky little café on a rather quiet street in Le Marais. And yet inside, it is a fashionable brûlerie with its bright pink cushions, half-wood-half-tiled floors, bamboo bar, and graphic vintage Hermès wallpaper. Word on the street is that this is the best espresso in Paris! A true neighborhood favorite, the hole-in-the wall also serves delicious pastries stuffed to the rim with cream and all sorts of sweetness. – 40 Rue Chapon, 75003 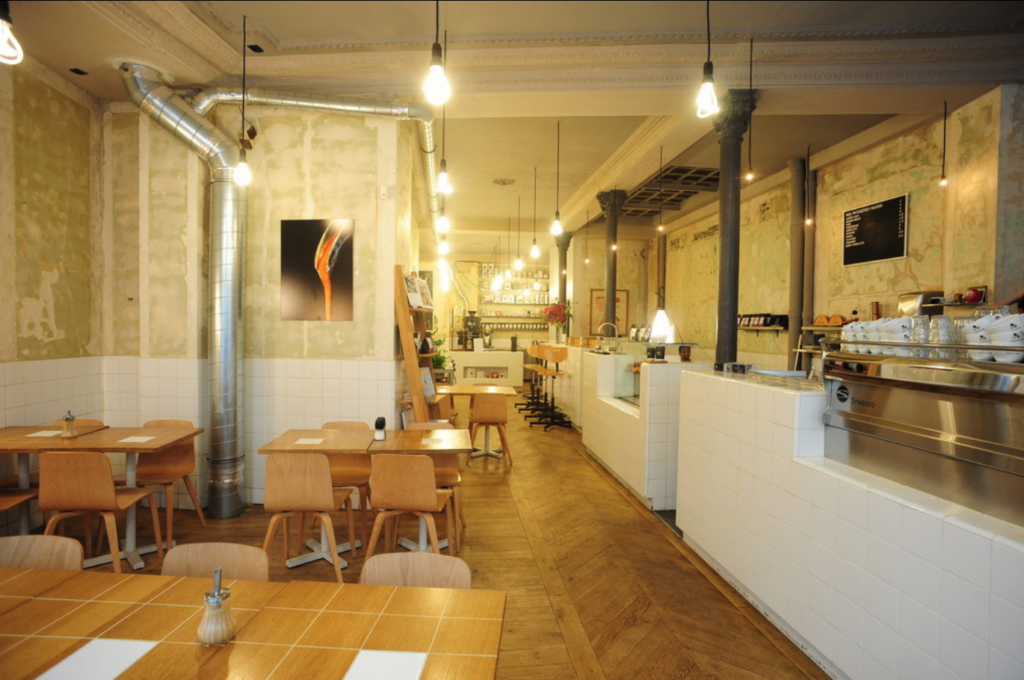 When you feel like really stepping up your coffee snobbery, Coutume is the place to go. Founded by an Australian, Tom Clark, the shop made a name for itself by being the first (and one of the only) roasteries in Paris to offer weekly cuppings (re: coffee tasting). Decked out with elaborate glassware and bare bulbs hanging from the ceiling, Coutume has an almost Nordic look to it. Their offerings change by day, and if you’re not feeling coffee, you can purchase freshly squeezed juices. – 47 Rue de Babylone, 75007 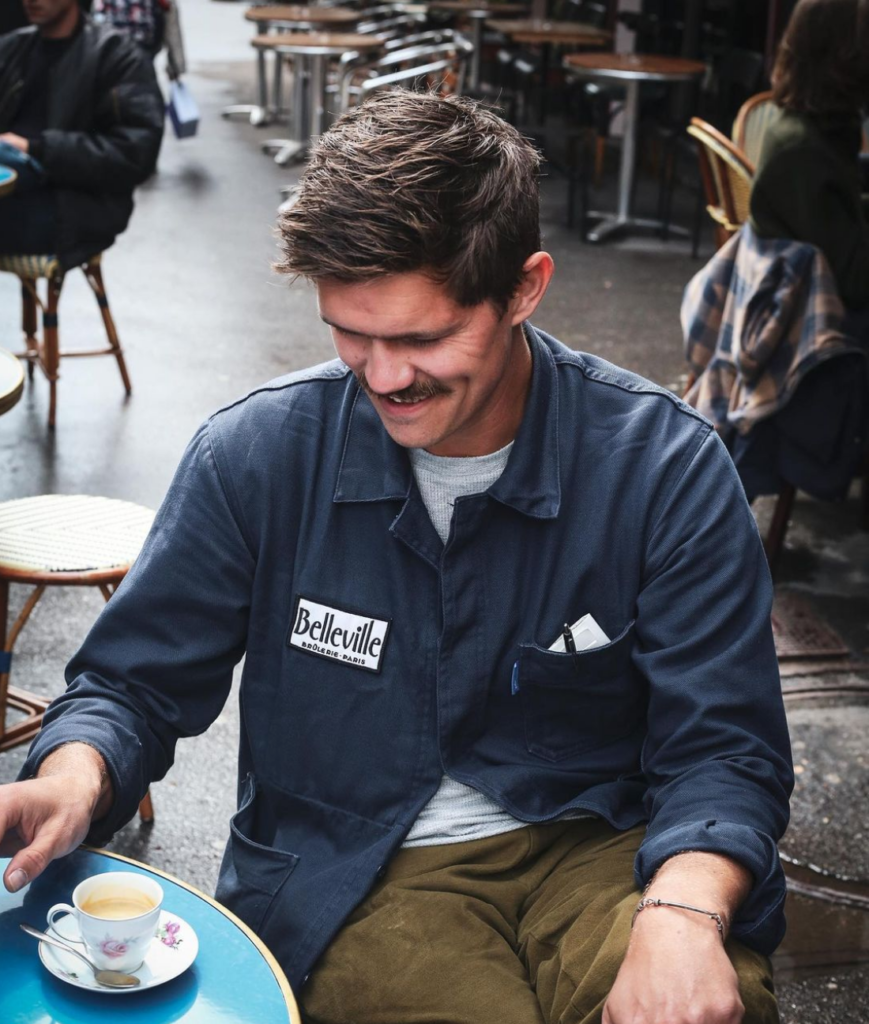 Sometimes, coffee isn’t just about cafe culture. If you’re looking to buy coffee grounds in a pre-liquidated form, Belleville Brûlerie is an attractive option. Another project of Thomas Lehoux, Belleville Brûlerie, prides itself on its filter coffee, often derided to in French as jus de chaussette, or “sock juice.” While a half-pound will set you back about $15, it is one of the only places in Paris where you have a large selection of bagged beans to choose from. The micro-roastery is also a good stomping ground for Anglophone ex-pats, as you’re likely to hear English spoken behind the counter. They also just opened a coffee shop in L’Exception in Les Halles where they’ll serve sandwiches, pastries, and (of course) their coffee. – 10 Rue Pradier, 75019 or 24 Rue Berger des Halles de Paris 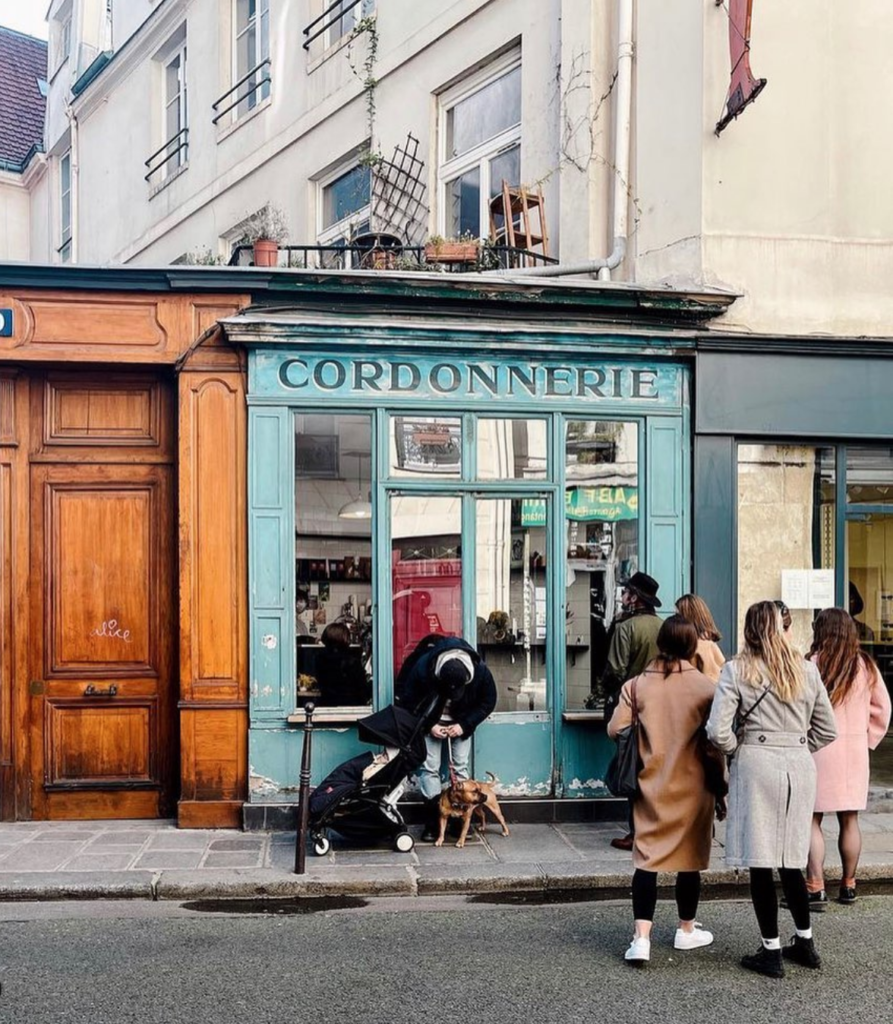 The name of this shoebox-sized café is not an exaggeration. Hidden on a side street in the Marais, many don’t realize that Boot Café is there, probably because the sign outside still reads, “Cordonnerie” (cobbler). With precisely two tables and a sign placed outside during business hours that says, “This coffee is made for walking,” their M.O. is clear: get in, get your quality coffee, and get out (very un-French of them!) But don’t forget to enjoy the vintage postcards on the walls before you go. – 19 Rue du Pont aux Choux, 75003