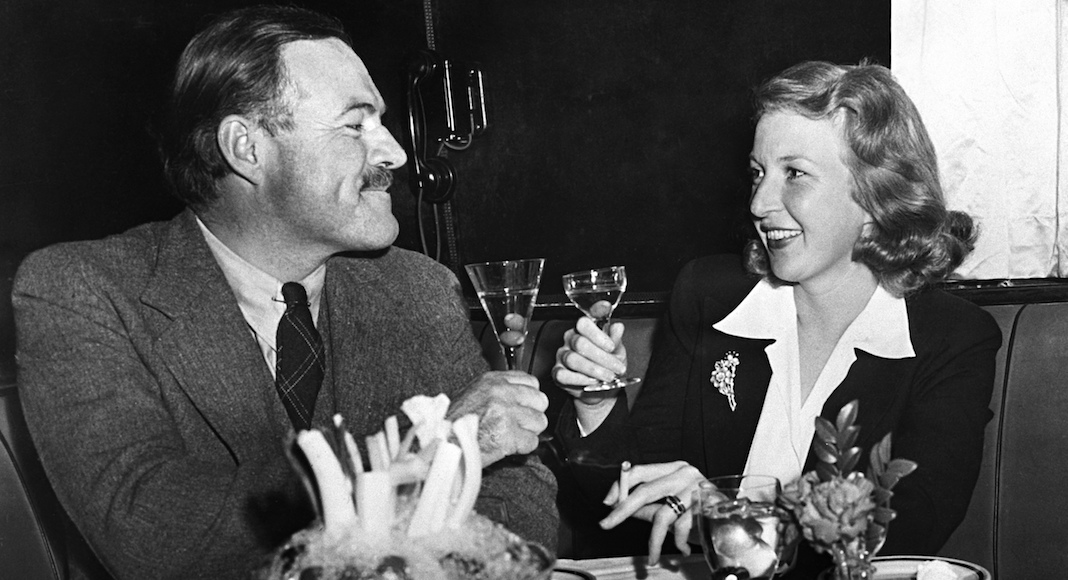 America’s favorite expat: Ernest Hemingway. As a key member of the “Lost generation”—a cadre of American writers and artists who flocked to Paris in the 1920s—Hemingway experienced the city with an unparalleled intensity. Paris witnessed his marriages (and affairs), his transformation from pauper to socialite, an intimate relationship with alcohol, and a career as one of the world’s most iconic literary voices. To do Paris like dear Ernest, just follow his lead.

Rent a Cheap Apartment in the Latin Quarter

Think your studio walk-up is bad? When Hemingway and his (first) wife Hadley Richardson initially moved to Paris, they found themselves in a minuscule apartment with no running water, at 74 rue Cardinal Lemoine. Back then the 5th arrondissement was a working-class neighborhood, but now it’s the lively, thriving center of student life. So you won’t have to slum it too much.

Many famous artists and writers of the same generation frequented this brasserie, including Picasso, Sartre, and Beckett. Although primarily a café back in Hemingway’s time, it’s been divided into an upscale restaurant, more moderate brasserie, and late-night piano bar.

This historical restaurant was also where Hemingway read The Great Gatsby for the first time, with his friend F. Scott Fitzgerald. In his memoirs, Hemingway cites La Closerie des Lilas as one of his favorite spots in Paris. And the establishment certainly honors his memory and patronage: his face is pasted on the bar menu, one dish is known as “Le Filet de boeuf Hemingway,” and a sign marks his favorite seat. To truly mirror the author’s habits, get there early with a notepad and order a café crème. In true French fashion, stay there for hours. — 171 Boulevard du Montparnasse (map)  +33 1 40 51 34 50

Hemingway loved a good drink—or ten. At Les Deux Magots, a café now trodden with tourists, you can pay homage to his favorite drink, a dry martini. Or if you’re really trying to embody the author, plop down with a pen and paper and ditch the beverages, as Hemingway actually avoided alcohol while writing (or at least…he claimed to). You don’t need libations—you’ll get drunk off the delicious people-watching afforded by this corner café. — 6 Place Saint-Germain des Prés (map) +33 1 45 48 55 25

Buy a Hemingway book at Shakespeare and Company

Although Hemingway likely wasn’t purchasing his own novels there (this just got meta), he did frequent Shakespeare and Company, an expat favorite on the left bank. The bookstore is featured in A Movable Feast, which you can purchase for €16 at the store. Although this is the second offshoot of the store—the original closed during Nazi occupation and never re-opened—it’s the thought that counts. — 37 Rue de la Bûcherie (map) +33 1 43 25 40 93

Treat yourself to lunch at the Ritz

When Hemingway first moved to Paris, he barely had a euro to his name (see: A Movable Feast). He and Hadley lived in that cramped apartment, and they were certainly not frequenting the refined hotels and restaurants of Paris. By the time Hemingway married his second wife, Pauline Pfeiffer, a wealthy American, his fortunes had turned. He and Pfeiffer lived in Faubourg St. Germain, and Hemingway often dined at the city’s best spots, included the Ritz. After a $450 million renovation, the Ritz Paris reopened its doors in 2016, making it one of the city’s best hotels. Grab lunch like our friend Ernest, or treat yourself and stay a couple nights. The hotel even named its Bar Hemingway after their repeat client. — 15 Place Vendôme (map) +33 1 43 16 30 30

Stroll in the Jardin du Luxembourg

There is no better way to emulate the spirit of a French artist than to engage in the activity that les français do best: spend a day flâner-ing in the park. Hemingway used to spend afternoons in the Jardin du Luxembourg, reveling in the greenery and escaping the grit of the city. — Southern section of 75006 (map)

Be a Tourist at La Rotonde

This Montparnasse favorite was the meeting spot for Hemingway and his creative colleagues. Its original owner, Victor Libion, would graciously allow these poor—but talented—artists to enjoy his café for hours on end, even if they couldn’t afford the food. Libion bartered coffee for paintings, which now dot the interior (the fake versions, at least). La Rotonde was known back then as being a tourist trap, and it still is. But it also offers solid, traditional French food, and you can take comfort in the waves of past geniuses who enjoyed the same slab of boeuf that’s in front of you. It’s nostalgic, it’s old-school Parisian brasserie, and if you’re lucky, it will give you that kind of feeling that you get when reading a book like A Moveable Feast: contentment. — 105 Boulevard du Montparnasse (map) +33 1 43 26 48 26