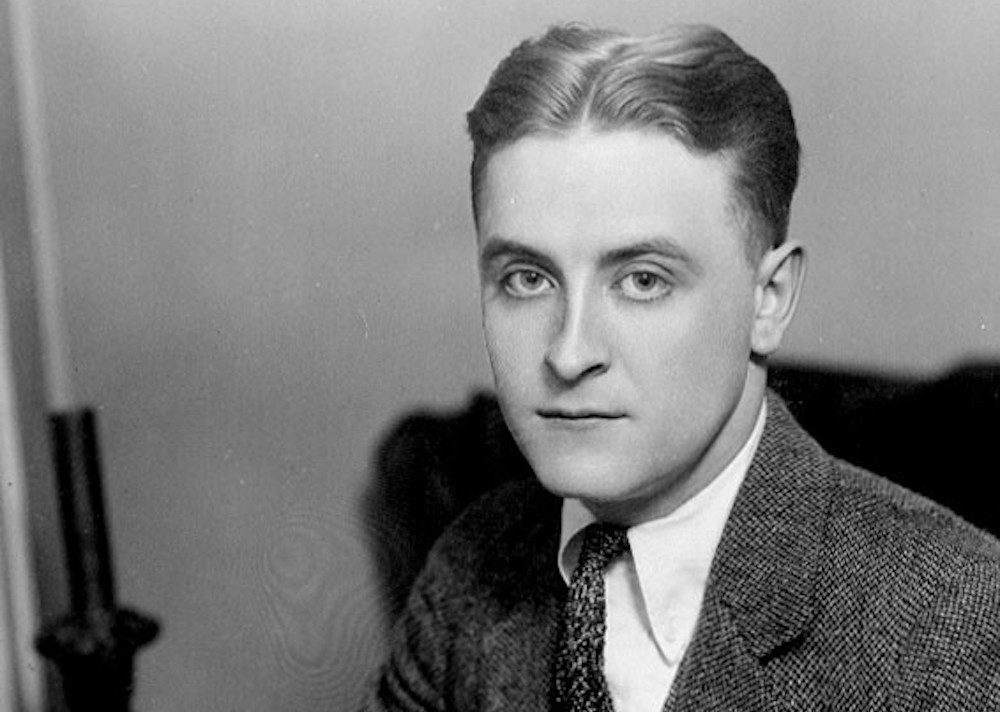 F. Scott Fitzgerald was nothing without his wife, muse, and partner in crime, Zelda. This fiery couple lived around the world, but their time in Paris perhaps best captures the essence of their troubled story. He was an alcoholic, she a schizophrenic. He wrote; she did too. He achieved fame, while she veered towards infamy. Together, this wild, partying, artistic pair took the streets of France by storm; Fitzgerald’s culminating book The Great Gatsby showed the debauchery and excess of the roaring 20s. But F. Scott didn’t just write about the parties—he lived them. Now it’s your turn to experience Paris like Fitzgerald and Zelda.

This dark-toned, traditional bar opened in 1911 and has always been a favorite of American expats. Originally named “New York Bar,” this spot was frequented by Fitzgerald and his fellow creative friends, including Ernest Hemingway and Gertrude Stein. University banners and crests dot the walls, giving the bar an old-school collegiate feel. Harry’s New York Bar has several claims to fame: Gershwin composed his hit musical, An American in Paris, in the downstairs piano bar; the establishment says that it invented the Bloody Mary (if we believe it, then great job, team!); Fitzgerald allegedly drank himself unconscious with his frenemy Hemingway on a regular basis. What will you add to the list?

Get Kicked Out of the The Saint James Albany

Fitzgerald and Zelda stayed in the ritzy Saint James Albany hotel when they first visited Paris, and were unceremoniously ejected because of their typical, outrageous antics. Fitzgerald left a bizarre-smelling goatskin in their room, and Zelda rigged the elevator with her belt so that it was perpetually waiting on their floor. If your outlandish behavior does leave you on the streets with your suitcase and goatskin in tow, take a stroll in the nearby Tuileries Garden or head back to Harry’s for a drink.

Traverse the Champs-Élysées…On a Stolen Tricycle

Fitzgerald, like Hemingway, was known as a man who liked his libations. This excessive drinking often lead to inebriated antics (see above), including the time that he stole a baker boy’s tricycle and baguette and took a joy ride down the Champs-Élysées. His adult legs bent in a clown-like fashion as he pedaled, he began “thumping the Russian doormen with a long loaf of bread.” So grab a baguette, steal a tricycle (or rent a Velib), and pedal down this famous thoroughfare.

Visit the Ballet and Go a Little Nuts…Literally

During her time in Paris, Zelda became a little too obsédée with ballet. What had started as a childhood hobby turned into a manic training to be a professional (although she was far past the realistic age of turning prima). For several years, she spent her days obsessively training, eight-hours at a time, for a unattainable prima reputation. But Zelda’s path to ballet superstardom ended in 1930, when she suffered her first of many “nervous breakdowns,” which lead to her hospitalization. You can visit the Place de l’Opera or see a performance at the Palais Garnier to pay homage to Zelda’s passion, and see the subject of one of her paintings. Hopefully your fate won’t be as dire as hers.

Skip the Food at Le Dôme

This upscale seafood restaurant in Montparnasse was a hub of American intellectualism in its heyday, much like La Closerie des Lilas and the now-closed Dingo Bar. While many authors like Hemingway frequented the establishment to write, Fitzgerald skipped the productivity and focused on drinking. So do like our beloved author and head to this centrally-located restaurant for a night of alcohol and questionable antics. The food is reportedly terrible, which is convenient—Fitzgerald probably never bothered with it, anyway.

Peruse the bouquinistes by the Seine

Even Fitzgerald, the party king himself, occasionally needed some down time. And he was—surprise!—a writer, so he occasionally spent time reading and gaining inspiration. Fitzgerald and many of the other 1920s artists frequented the bouquinistes, those idyllic book stalls by the river. The city boasts more than 217 of these riverside stores, where patrons can find new and old literature, vintage magazine covers, thinning antique maps, and souvenirs.

Nope, this bar was not frequented by its namesake—in fact, this trendy cocktail bar just came onto the Parisian scene in 2016. But this speakeasy-style establishment will transport you back to the days of Fitzgerald and Zelda, when they listened to jazz and enjoyed a strong drink in dim lighting. They were the “lost generation” of Americans who flocked to Paris during the roaring 20s, seeking culture and artistic freedom…and booze. There’s no better way to embody this crazy couple than to pour one out for them.