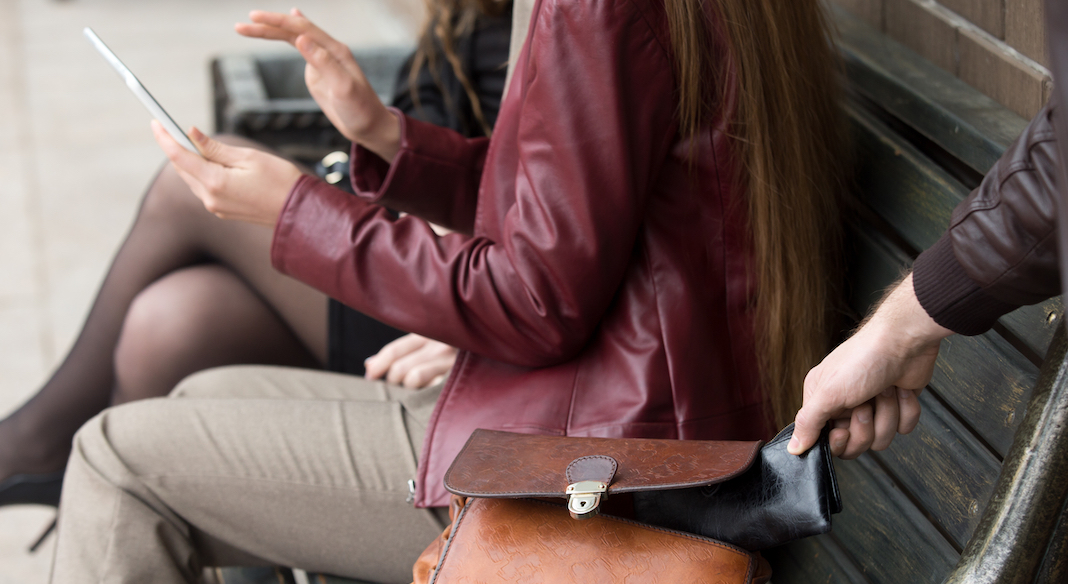 How to Avoid Getting Pickpocketed in Paris

A trip to Paris can take a toll on your wallet. But if you’re not careful, it can take your wallet altogether.

Though Paris has long been one of the world’s pickpocketing capitals, this year the city has already seen a 33% uptick in cases of theft. And though about half of these thieves are minors, this is far from amateur hour.

“The first time was on my second day in Paris. I was a clueless 18-year-old who wasn’t aware of the pickpockets at all,” said Judy Ziyi Gu, a Chinese-Canadian student who was studying abroad in Paris when she experienced two separate pickpocketing instances firsthand. “As I was standing on the escalator going up to the platform at Menilmontant station, two teen boys behind me were rifling through my crossbody purse and I didn’t notice at all. The French man standing in front of me noticed and shooed them off, and then yelled at me in broken English on the platform, ‘Mademoiselle, you’ve got to be more careful! You’re in Paris now! You can’t walk around like that. Attention aux pickpockets!’”

Rule #1: If you’re somewhere crowded, and you happen to be carrying a purse, always keep a hand over the clasp or opening of your bag, even if you’re sure it’s securely fastened. Never leave important items in the back pockets of your pants, and if you’re carrying a phone or wallet in deep coat pockets, keep your hands in your pockets and make sure you’re holding them at all times. Backpacks should be worn in the front or off to the side, if not avoided altogether.

“The second time was a few months later,” Gu continued. “I was getting on the subway around the Louvre. Another teen boy, 15 at most, kept ramming his body into me as he was getting off the train. I thought he was confused or at least uncoordinated. It wasn’t until a few stations later that I realized he took my Kindle.”

Rule #2: Follow the example of the locals. If someone enters a train car or bar and you see people begin to press themselves against walls and cover their possessions, you might want to take their cue.

“The first time I was in the Oberkampf area, which has a lot of bars and clubs catered to American students,” said Jessica Fillak, an American student who had similar experiences. “Two men approached me from behind, pushed my friend out of the way, and reached into my purse and grabbed my wallet. My friend saw the whole thing, but I literally had no idea, didn’t feel anything.”

Rule #3: Try to blend in with the crowd. In sketchy areas, try to avoid speaking English, or speak in a low, discreet voice if you don’t have the option of operating in French. Large cameras, backpacks, fanny packs, and other telltale signs of a tourist will make you a target in no time flat.

“The second time I was on a date, so I assumed my bag was safe when I left for the bathroom,” added Fillak, “but I’m pretty sure he wasn’t keeping an eye on it so someone went into it and took out my wallet.”

Rule #4: Terrasse culture is part of pickpocket culture. Don’t leave any items of value on your table, and never leave your bag or coat when you get up, even if you think someone is keeping an eye on your things.

But this isn’t just a problem for tourists and exchange students. “We lived there for over 20 years; it has to happen at least once,” mused Marie-Catherine Mollay, a native Parisian, whose phone was stolen at an outdoor concert on the quais de la Seine. “We were dancing, it was probably three in the morning… it was packed, full of people, and I just realized the next morning that I didn’t have my phone anymore.”

Rule #5: Pickpockets tend to target three areas: large, crowded parties or bars where people tend to be drinking and uninhibited; tourist areas like the Louvre and the Eiffel Tower; and le Métro. So if you’re under the influence (or just out of your element), make sure you remain aware of your surroundings.

Last but not least, let’s not forget about scams. From the young person who offers to help you find your seat on the train for free to the woman who asks you to donate to the hospital for the deaf in Lyon, the scams are plentiful.

Rule #6: The average Parisian is not trying to start a conversation with a stranger in the middle of a crowded area. If someone asks you to sign a petition (even if it seems like it’s for a good cause) or tries to give you anything for free (oftentimes it’s a “friendship bracelet” that they’ll then bully you into paying for), clamp down on your belongings and get out of there. And if anyone tries to ask if you speak English, mum’s the word.

For more information, the U.S. Embassy in France has an entire page on their website devoted to avoiding pickpockets, and will even tell you in detail what to do if you do get pickpocketed.