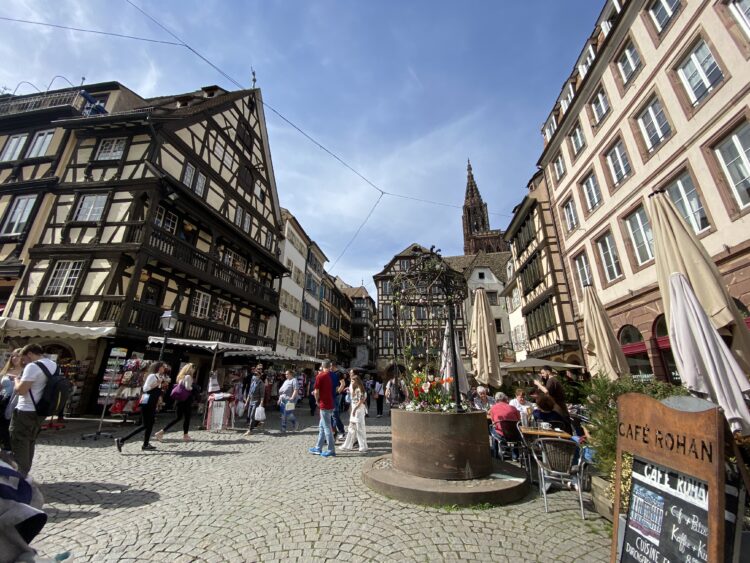 Vibe Check: Which French City Should You Visit This Summer?

Summer is approaching. You want to brush up on your high school French, or maybe you’ve just got a hankering for a good croissant. You’ve been to Paris, but now you’re ready to explore a little more of what France has to offer. But with so many tempting French cities at your disposal, it might be hard to choose. That’s why we’ve done a vibe check for you on France’s most popular cities outside of Paris, their highlights, and their restrictions. 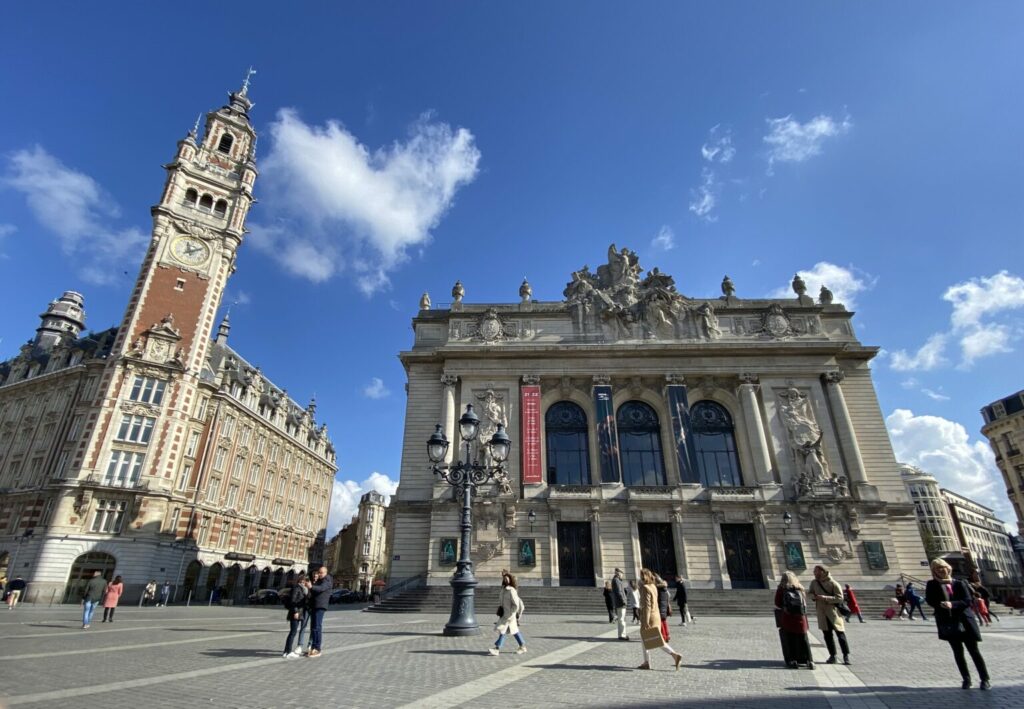 Lille is a Flemish city just a short bike ride from the Belgian border, meaning that culturally it shares just as much with the Dutch as it does with the French. The Lillois are a friendly, hearty people, and they’ve had to be to survive the dreary Northern winters. As a side effect, Lille has some of the best beer in France, and you won’t be looked down on for ordering a pint at 11am. The food is similarly heavy, with lots of meat and cheese, and almost every meal comes with a side of fries. Come here to make friends and have a good time, but maybe wait until May or so to venture up there. 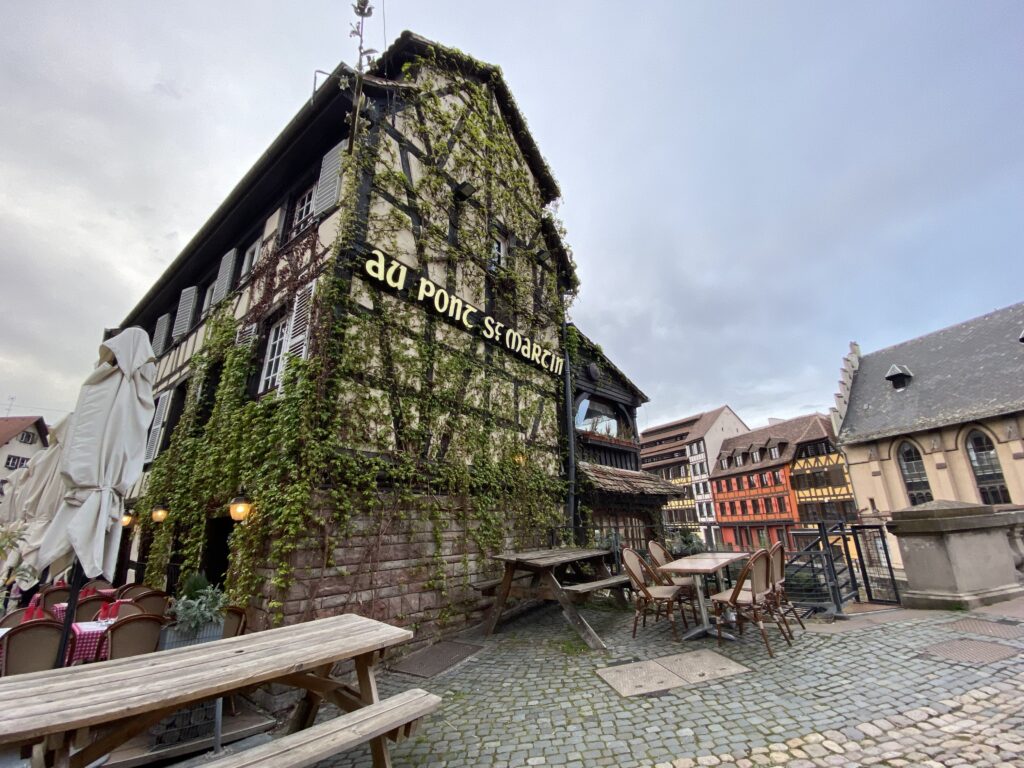 Pros: Great for photoshoots, easy to get around.

Cons: Better for a short trip, not much “to do” once you’ve seen the city center.

Strasbourg, the biggest city in the Alsace-Lorraine region, looks like a living postcard. It’s green and fresh and filled with medieval half-timbered houses. You won’t find this style of buildings elsewhere in France, because though once popular, they were extremely flammable, and most burned to the ground. If you think the city looks like a fairytale, it shouldn’t surprise you to find out that this region inspired the animations in Disney’s Beauty and the Beast (though the actual villages used as reference are highly contested). The city’s center, which is an island between two rivers, is a UNESCO heritage site, so it’s kept clean and impeccably preserved. The food does lean more German, featuring lots of salty pork and sauerkraut (or “choucroute”), and the wine leans sweet and white, with an emphasis on Riselings, so it might be better for those with a more Germanic palate. 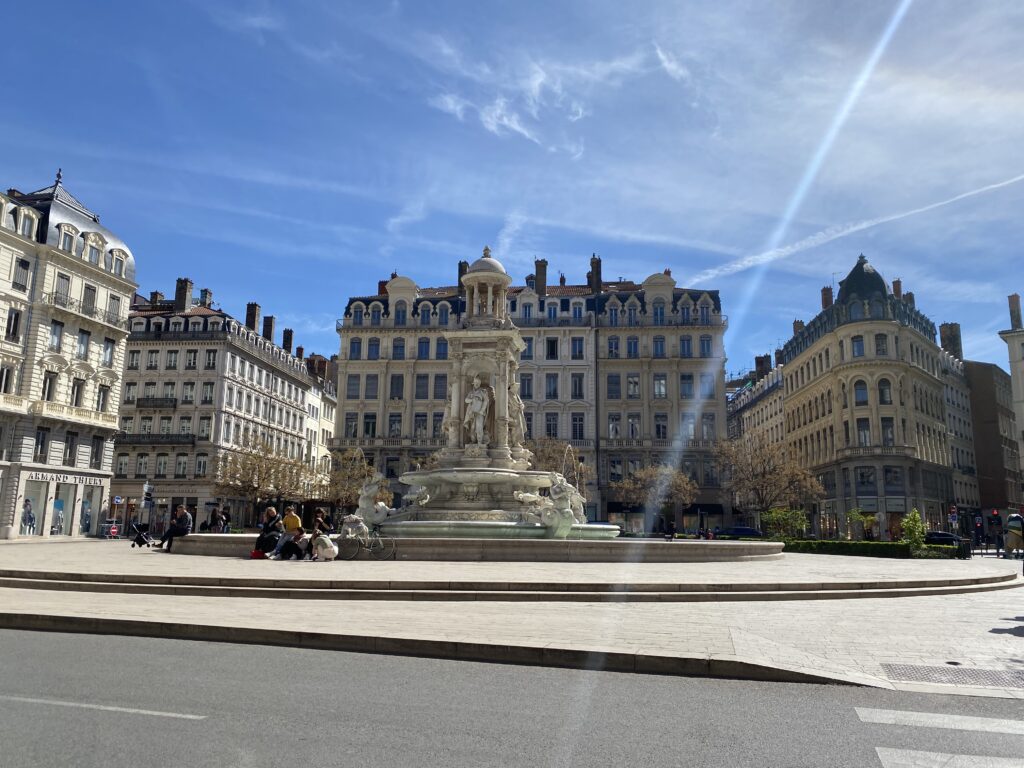 Cons: Hilly and sprawling, easier to navigate by car.

Lyon is France’s third-largest city (after Paris and Marseille), and is on the map for one critical reason: food. Lyon is the gastronomic capital of France, and, some might argue, the world. You can enjoy Michelin star restaurants or humble, inviting bouchons, depending on your budget. And a three-course meal at a fancy restaurant is likely to cost you much less here than it would anywhere else in France. It’s also got a vibrant nightlife scene, where you can find anything from garage rock dive bars to reggaeton on a boat. Film nerds might appreciate the Musée Lumière, and architecture aficionados will marvel at the Tuscan influences of the city’s historic center. 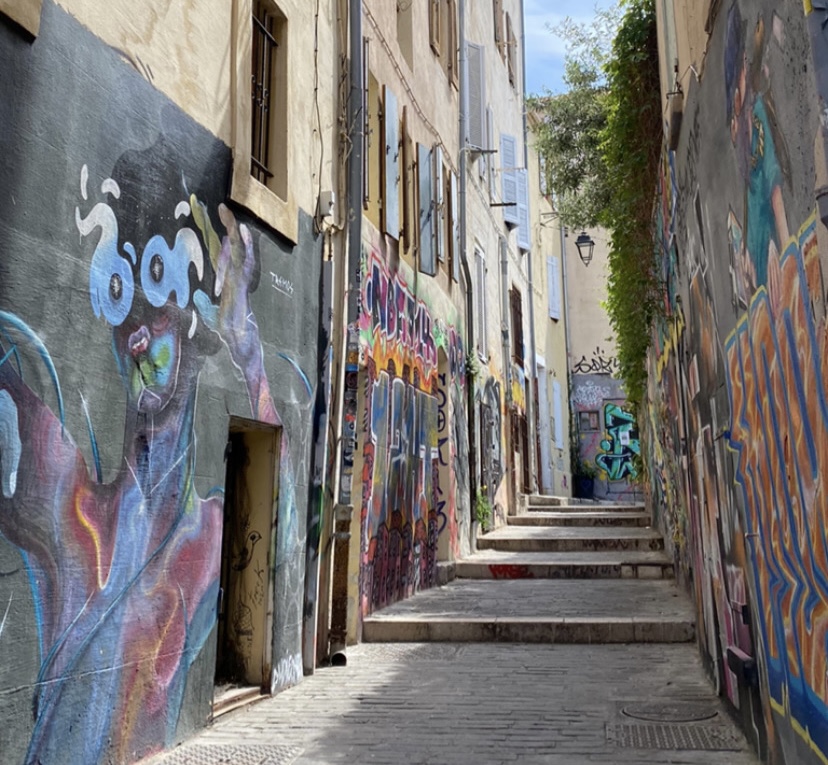 Pros: A unique multicultural vibe you won’t find anywhere else in the world.

Marseille is definitely one of those “love it or hate it” kind of cities. It’s France’s second-largest city, with a population of upwards of 800,000. Needless to say—there’s a lot going on there. It doesn’t really feel like France, with its strong Italian and North African influences, meaning that the culinary culture is unique to the region, and combines many of these influences. It is dirtier and louder than many of the other cities on the Riviera, but makes up for it with authenticity and a lack of pretension. This is perhaps most well-represented by the city’s street art culture, which transforms large swaths of the city into living works of art. Things close early in Marseille, and it’s not as lively as you might expect at night, so party animals might want to look elsewhere for their entertainment. 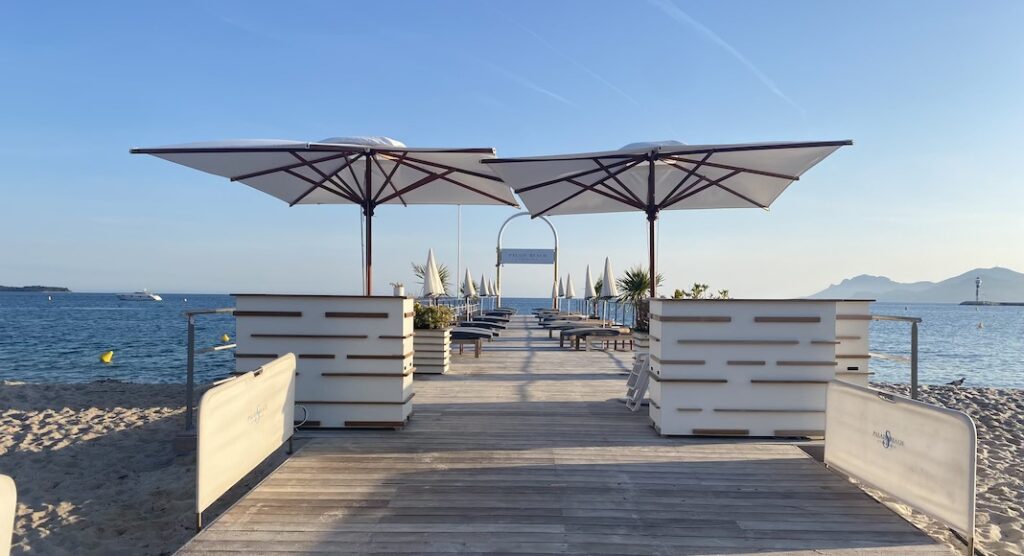 Cannes is one of the more infamous resort towns on the Côte d’Azur, known for its star-studded film festival and its stunning white sand beaches. The restaurants, which lean Italian, aren’t cheap, and lounging on the beach might cost you a pretty penny if you want a prime spot. But the sparkling blue of the Mediterranean against the white sand beaches and palm trees of the Croisière is truly striking. If all you want is to feel like a movie star for a day or two, then it might be worth a little splurge. 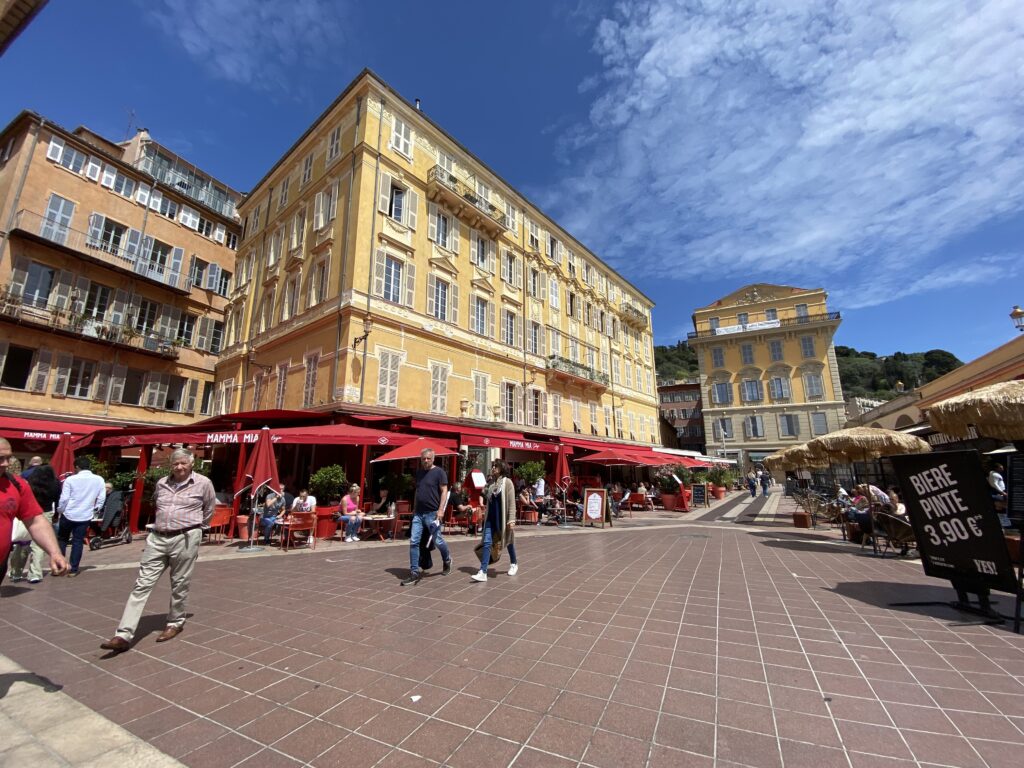 Just a short train ride from Cannes, Nice is easily accessible by train, bus, or even plane (thanks to the nearby Nice airport). While it’s slightly less flashy than Cannes, it’s nonetheless a prime destination for France’s wealthy to spend long summers at the (rocky) beach. The stunning Old Town is a mix of brightly colored buildings with French-Italian influences. The food is excellent as long as you steer clear of tourist traps, and the emphasis is on pizza, seafood, and all things lemon. Apéro will invariably revolve around Provençal rosé, or perhaps a bit of limoncello. It’s also a great jumping off point for day tripping around the Riviera. 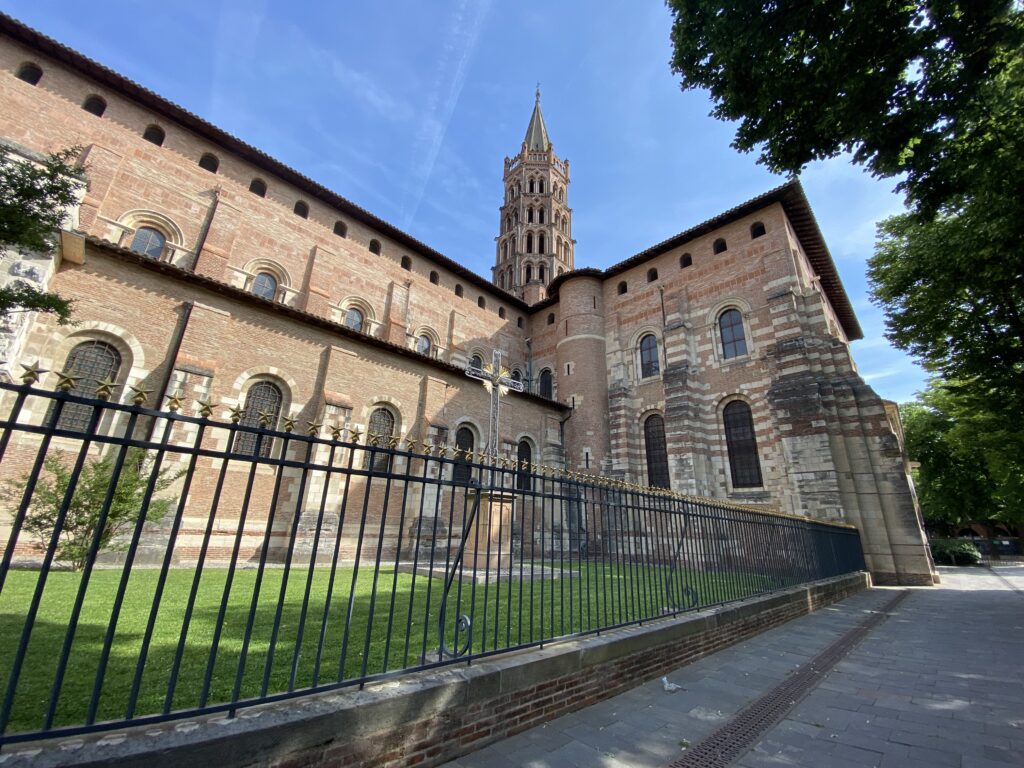 Also known as “La Ville Rose,” or “the pink city,” because of its unique brick architecture, Toulouse has a look you can’t find anywhere else in Europe. Foodwise, it’s duck country, which means that magret de canard, cassoulet, and foie gras will be found on every menu in town. The food is rich, but you don’t necessarily have to enjoy it as there is a wide variety of contemporary, lighter cuisine available. Toulouse is a student city, home to one of Europe’s oldest med schools, and, at night, this will become quickly apparent. The rosy streets transform into a riot of bars and terraces, with music, dancing, and more. During the day, this youthful and progressive influence leaves a trail of trendy cafes, shops, and restaurants in its wake, as well as a distinctive street art culture. 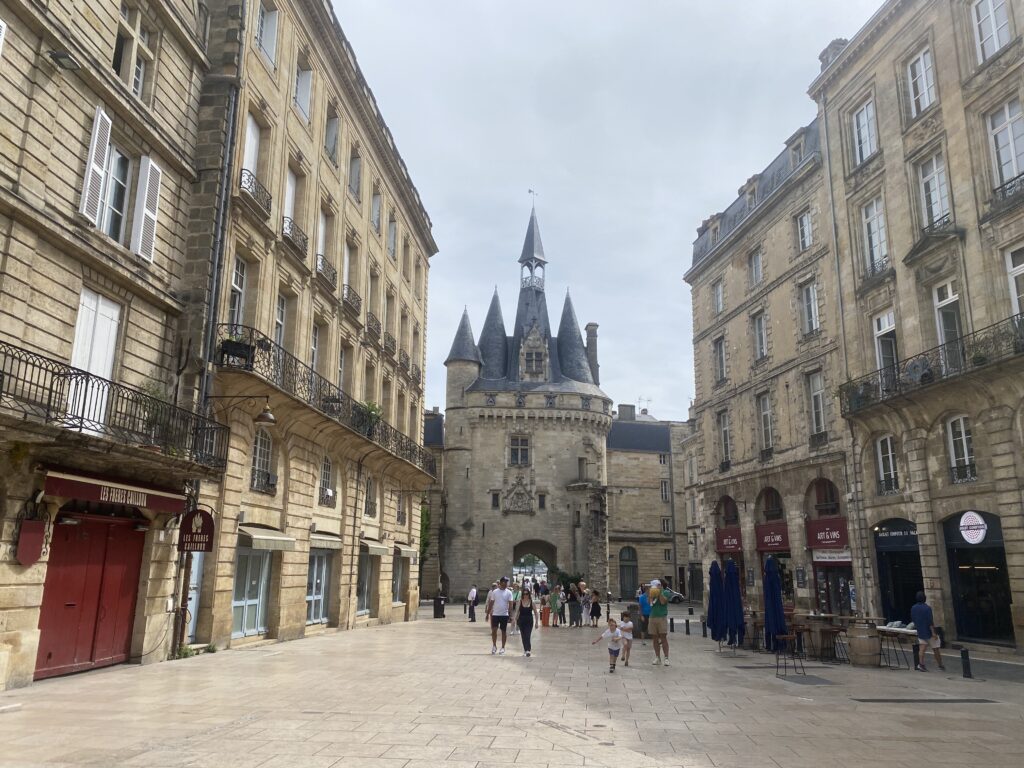 Cons: Better with a car if you want to explore vineyards nearby.

Bordeaux is often referred to as a “mini Paris” because of its architecture, but you might be surprised to know that Paris’s Haussmannian architecture was actually borrowed from Bordeaux! The city is picturesque, dynamic, and obsessed with all things wine. It has an entire museum, the Cité du Vin, devoted to oenology, and the city is surrounded by some of the best vineyards in France. If you want to do a vineyard trip, it’s easier to go by car, but there are a few places you can reach by tram, bus, or train, without much trouble. But just because the wine is good doesn’t mean the Bordelais skimp on the food. Their love for duck, oysters, and all things drenched in a red wine sauce give the city a rich culinary life as well.