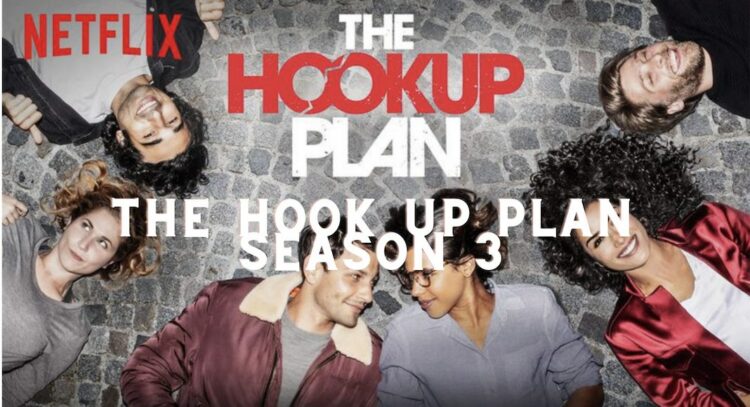 The Hook Up Plan, Season 3, Makes the Case That Millennials Are the Worst

When watching The Hook Up Plan (titled Plan Cœur in French), it’s pretty easy to see that the show was always a bit of a guinea pig. The rom com was Netflix’s first attempt at a French comedy show, following its dramatic flop, Marseille. The first season was released barely three years ago, in December 2018, but it feels like a lifetime in terms of the French content Netflix has released in the interim: their blockbuster caper Lupin, comedic fan favorite Call My Agent!, not to mention their infamous French-American co-production Emily in Paris.

The Hook Up Plan dropped its third and final season at the top of this year, closing the final chapter on Netflix’s OG French girl group. The show has a catchy premise, in which two women decide to help get their third BFF, Elsa, over her ex by hiring an escort to give her the date of her dreams. The plan goes awry when Elsa and the escort, Jules Dupont (the best fake high class male prostitute name of all time) fall in love. The next two seasons consist, in cookie cutter rom com style, of Elsa and Jules (who is really an aspiring musician named Julio Saldenha) breaking up, getting back together, rinse and repeat.

But rom com playbook aside, the real plot of the show has little to do with a nerdy 30-year-old and her ex-sex worker beau. The core of the show is the three best friends, Elsa, Milou, and Charlotte, investing all their time and energy in trying to ruin each others’ lives in the wackiest, most cartoonish ways possible. Elsa is the kid sister of the group, awkwardly tripping her way into one misadventure or another. Milou is the control freak who bullies everyone around her until she gets her way. And Charlotte is a willing agent of chaos who can’t hold down a job or a man long enough to figure out what it is she wants out of life.

The three women have the kind of friendship that makes you think that maybe they shouldn’t be friends at all. They ghost each other, stalk each other, force themselves into each other’s professional and romantic lives, scheme behind each other’s backs, and lie, lie, lie to each other. While their continued friendship is meant to speak to some kind of lifetime bond forged in childhood, there are moments when it veers well out of the range of charming, and far into the realm of problematically codependent.

Season 3 kicks off at kook level 500, with Elsa obsessed with becoming pregnant in a way that marries baby fever with compulsive sustainability. She even has a “procreation shaman,” and carries around a fertility goddess statue to casual lunch dates.

Charlotte, who is now channeling her energy into a new relationship and political campaign with Elsa’s ex, Maxime, thinks she’s in a power couple, despite Maxime blatantly taking advantage of her finances and diversity to fuel his clearly doomed political career.

Meanwhile, Milou is out in the country trying to become a “momtrepreneur” on Instagram by fixing up French country houses…though no one seems particularly interested in her expertise. Meanwhile, her husband Antoine vacuums cheeto dust off himself while reading a childrens’ book called Daddy Is Unemployed. (Whoever designed the fake book covers for this season deserves a special shout out, as they are some of the best punchlines in the show.)

The men of The Hook Up Plan actually contribute quite a lot of humor to this season. While the women run off on loud, outrageous adventures, the men are put firmly in their place. Existing in a post-COVID malaise, in a show that already triumphs woke culture and female superiority, Antoine, Matthieu, and Maxime get subtler treatment. Antoine, Milou’s husband and Charlotte’s brother, is a burnt-out healthcare worker and stay-at-home dad. Milou’s brother and Charlotte’s ex, Matthieu, has become a hippie bum who sleeps in a plastic child’s playhouse on Milou’s property. And Maxime gets a full dressing-down a few episodes in, when he is administered a mandatory course in “Killing the Male Ego.” (After which he can be spotted dejectedly eating protein powder straight from the jar.) Milou even makes a joke that her son is immune to toxic male role models because he’s the generation after Z, so he’s an automatic feminist.

Which brings us to one of the main marks of this season: a deep dive into woke culture that pits generations against each other, and reiterates the “bad millennial” stereotypes that have been haunting television for the last ten years. What began, in 2012, with HBO’s Girls, the original show about how horrible millennials (and particularly, millennial women) are, has turned into an all-out media war on the generation. The Hook Up Plan follows in the footsteps of shows like Girls, Shrill, I May Destroy You, and Search Party, in reiterating the trope that, no matter how hard they try, millennials just can’t seem to grow up.

While previous seasons of The Hook Up Plan focused on things like childbirth, starting a business, and other big ticket items, this season decided to really get “real” with each of its three main women. Milou gets pregnant with a second child she doesn’t want and considers an abortion, Elsa suffers the horrors of IVF, and Charlotte gets diagnosed with breast cancer.

Despite the gravity of these situations, however, the women, who should be about 32 according to the show’s timeline, continue to act like children, with Charlotte going so far as to joke that the girls can no longer call her selfish, because she has cancer. As she and Elsa frolic through a field in white dresses, with flowers in their hair, for a fertility moon ritual, it’s hard to take either of their problems very seriously.

At one point, Elsa blames her mother for her infertility, claiming that all the junk food she was fed as a child is the culprit. “You guys are boring… It’s not just you two, but your generation. You don’t eat this, you don’t eat that, you don’t ride planes. You don’t take baths. You don’t buy any clothes. All you want is to land a stable job. No, honestly. You’re like little old people scared of everything,” Elsa’s mother jabs back. But Julio steps in and counters, “We also want to feel free, to live carefree, to not give a damn. And today we’re dealing with the crap your generation left behind.”

The Hook Up Plan was always a show that existed in a very modern frame of mind, as it has a primary character who is a sex worker played for both laughs and pathos. And maybe a gender-flipped Pretty Woman isn’t exactly the most original or tolerant premise ever produced, but it maintained, for the first two seasons, at least, a comforting mix of lighthearted shenanigans and genuine consequences. In its final season, however, it has left us wondering if there is any hope left for the twenty-first century’s lost generation, or if we are doomed to whine our way through the last benchmarks of adulthood left available to us.