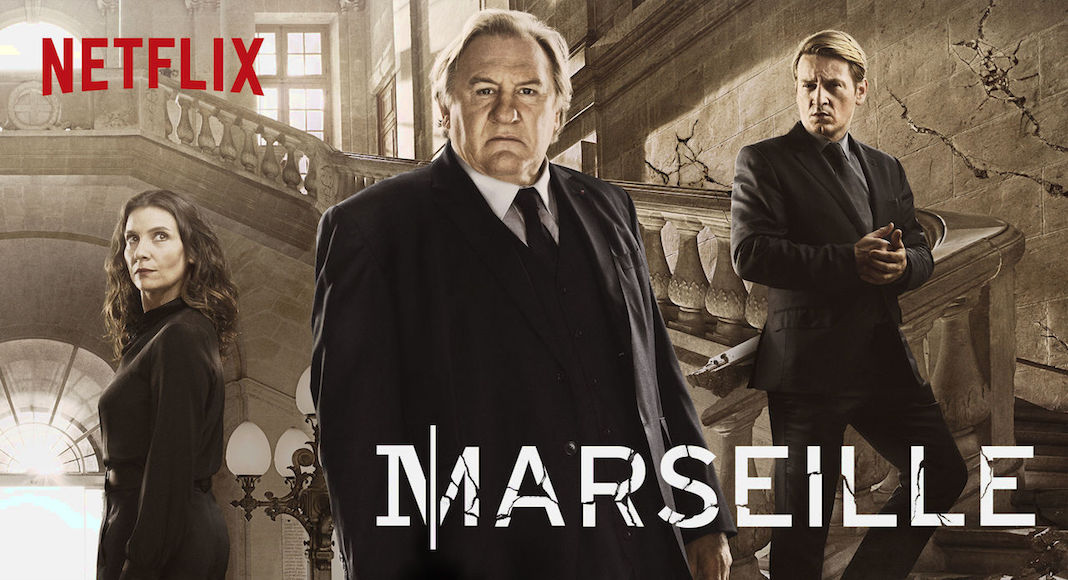 Why You Should Watch ‘Marseille’ on Netflix Right Now

Marseille, the first French show produced by Netflix, simultaneously offers an honest depiction of contemporary culture wars in France, and a compilation of cliché cultural stereotypes, including actor Gérard Depardieu, poking fun at Marseillaise accents, and swoon-worthy panoramas of the coastal city. As France’s answer to House of Cards, This French series really captures so much of the conflicting national mentalities that it is a must-binge-watch for everyone right now.

The first season was released in Spring 2016 with the second season following it up this past February. Highlighting right-wing stereotypical politicians, the political soap entwines warring old-school-versus-new-school politics with the city’s youth and their efforts to help Marseille. Robert Taro, played by Depardieu, is the mayor of the city about to leave office and be succeeded by his protégé-turned-enemy, the power-hungry Lucas Barrès, played by Benoit Magimel. Taro’s daughter Julia (Stéphane Caillard), plays a major role in his life too as she juggles her personal life and journalistic efforts. Her behavior is initially self-serving, just a rich girl having fun, but ultimately her journalistic inclinations lead her down a much more serious, dangerous path. In the center of it all: Marseille.

Marseille is not simply a backdrop for the drama, but rather the source of all the drama. The show plays with issues of corruption, violence, and poverty. But Marseille is like the Naples of France: it has a life and death ambience so deeply rooted in the city that while some aspects might be a bit crude, including the numerous muggings and killings on the show, there is a certain (dramatized) truth to it. There is no denying of the existence of crime or slums in Marseille; the city has the poorest district and the highest urban murder rate in France. At the same time, there is no denying of incredible natural landscape, soccer fandom, culinary specialities like bouillabaisse, and spirit of the city either.

Despite the built up anticipation before the release of the show and famed actors like Gerard Depardieu in the caste, the show did have mixed reviews. While French critics were quite harsh on the show, and French people seemed to hate it, it was well received throughout Europe. “There is something engaging about the amped-up, coke-snorting drama of Marseille’s better moments. It feels brash and loud and flawed, but not without its charms – much like its titular city and, of course, its leading man,” said The Guardian. And though Netflix doesn’t release statistics, the show has been a success beyond Europe, in Russia, Brazil, Japan, and the United States. Ted Sarandos, the head of content at Netflix, commented, “Marseille works really really well outside of France, especially in the United States.”

Between the unfolding drama and politics, Marseille manages to show the crossing of cultures, social classes, and unpredictability in the city. Taro is a corrupt bourgeois, but he does love his city with an indescribable passion and we just can’t stop watching. It’s a show with deep humanity, real emotions, and real problems. Marseille is a show to binge watch and, as a bonus, perfect for learning/practicing French, (with added subtitles or not).