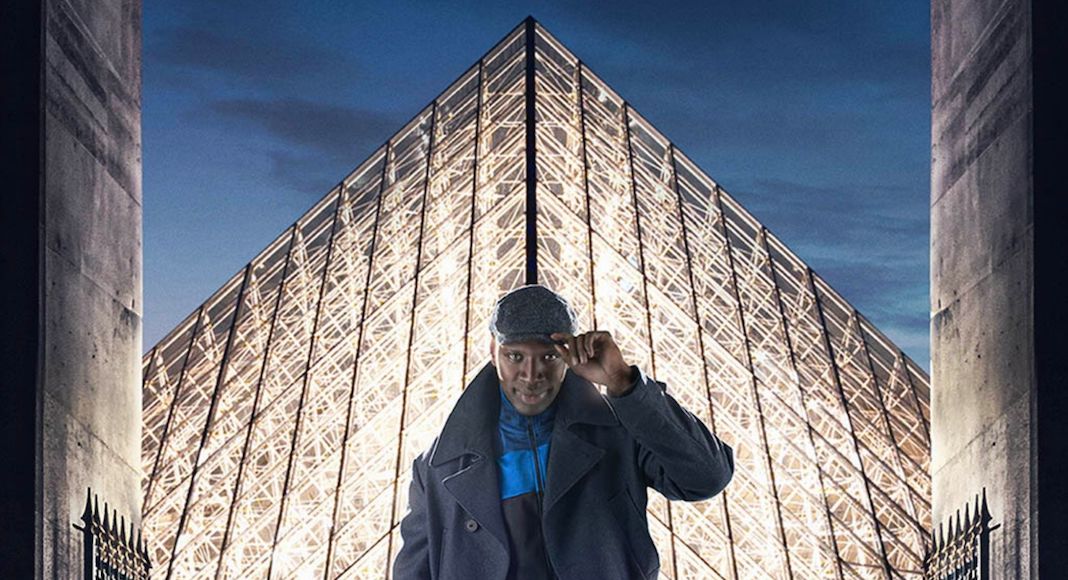 ‘Lupin’ Part 2 is Glamorous and Addictive, if a Little on the Nose

[SPOILERS] On Friday, June 11, Netflix dropped Part 2 of Lupin, the French thriller TV series based on the Arsène Lupin novels by Maurice LeBlanc. Part 1, which was released on January 8 of this year, overnight became Netflix’s most-watched non-English-language TV show with 76 million viewers in the first month, and the first French show to break Netflix’s U.S. Top Ten ranking. The reasons for its success are numerous, including a star in the form of the inimitable Omary Sy (of Les Intouchables fame), a flashy Parisian backdrop, and source material that sits at the heart of French literature (though it may be new to many Americans watching).

The first season follows the journey of Assane Diop, played by Omar Sy, as he attempts to avenge the death of his father Babakar at the hands of Hubert Pellegrini, one of the richest men in France. Diop has spent his entire life styling himself after the character Arsène Lupin, a “gentleman burglar” and master of disguise, and each episode features an assortment of capers and costumes borrowed from LeBlanc and updated for the times (although, as in many crime thrillers, some of the technology used veers on the side of futuristic).

Whereas Part 1 was lauded for showing some of the “real” Paris, and included scenes in suburban HLMs or state prisons, Part 2 is all glitz and glamor: swanky restaurants, luxury Parisian homes, and a final episode set entirely at a symphony charity fundraiser.

Much of the show is designed to call attention to wealth disparities in present day France… and, by extension, the world. Assane is the son of a poor Senegalese immigrant, who was framed for the theft of a famous necklace so that his already-wealthy employer, Pellegrini, could claim the insurance money.

Pellegrini is a Villain with a capital V, a cartoonish rendering of old money white male privilege, the kind of man who pockets donations from his own charity foundation and keeps an assassin on payroll. And the farther you get into the show, the worse he gets. While this is clearly done to make the thieving, adulterous, generally manipulative Assane look like a hero in comparison, at times Pellegrini’s evilness is so over-the-top it gets in its own way.

Pellegrini’s daughter, Juliette, is a more effective tool for showcasing effortless entitlement. In one episode, Juliette complains to Assane, her old flame, that she has “too much money” but that her life has become boring, lacking “adrenaline.” She goads him into playing the bad boy of his youth, dining and dashing and then running off on a stolen vespa. It’s later revealed that Assane planned the whole thing, paying the restaurant and the scooter’s owner to fabricate an evening of infantile hedonism. Juliette’s true stripes are shown: she thinks nothing of “being bad” with Assane no matter who gets shorted, because she knows that she can always tell herself it was his influence, and go home to her safe, privileged world.

We get a lot more of Assane’s backstory in Part 2, including an incident in which a shopkeeper refuses to rent a violin to Assane’s future wife, Claire, because he doesn’t trust the young black boy she keeps company with. It’s the first time he asks himself, “What would Arsène Lupin do?” Steal the violin, of course, in an act of revenge against the racist shop owner. Though he gets caught, the rush of the game sticks with him, setting him on a path towards ever-bigger heists.

Though Omar Sy manages to pull off a massive charm offensive in these five new episodes, there seems to be a huge effort made to make the show more serious than it needs to be. Vast conspiracies, bloated bad guys, and threats of child murder detract somewhat from the show’s mischievous, lighthearted core. Many of the characters also come off as particularly one-note: Pellegrini, as previously mentioned; Assane’s ex-wife Claire, who too-often wears the “angry divorcée” hat; Belkacem, who too-often wears the “angry cop lady” hat; Raoul, whose only personality traits are being obsessed with Lupin and being obsessed with his dad; or Léonard, the sociopathic assassin who seems to beg for some kind of backstory.

That being said, the show is impossible to stop watching once you’ve begun. It’s shiny and exciting, and occasionally offers some purely marvelous moments, such as Assane taking a joyride on the Seine in a stolen boat while Jacques Dutronc’s “Gentleman Cambrioleur” plays in the background. It’s already been confirmed for a Part 3, so here’s hoping the Lupin team can get their act together and smooth out the rough edges. Because the potential, like Lupin himself, seems to be without limit.