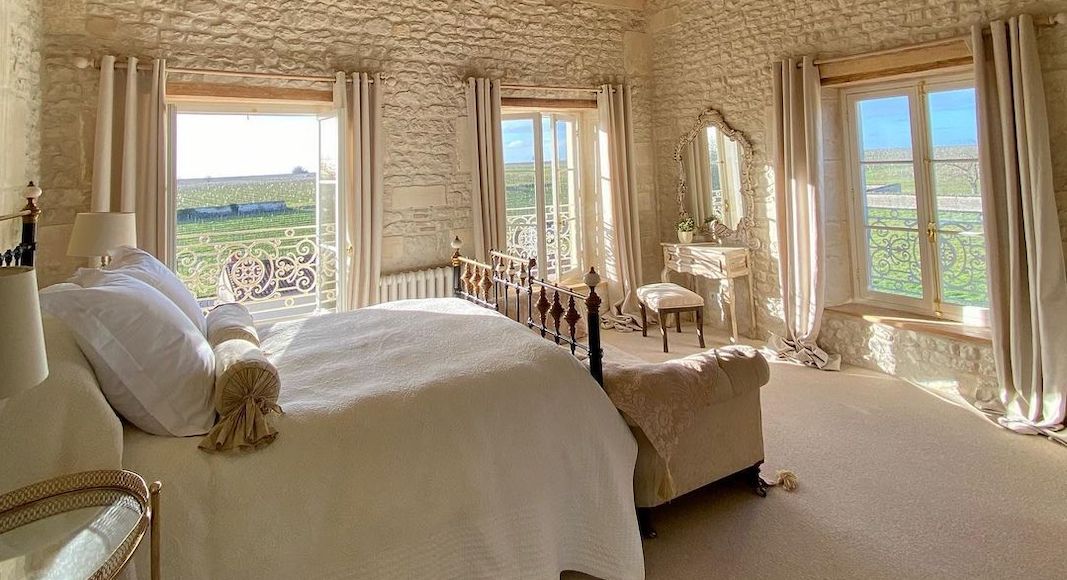 Setting off on a mission to rescue the ruins of a French fairytale château is no small feat, doing it in a foreign country with heaps of spirit history doesn’t exactly help either. But Julie Berry isn’t a newcomer to revitalizing luckless ruins, having established the the Michelin-starred restaurant My Cottage Inn in the UK within the walls of an old, failing pub. Her newest project: a home within a sleeping castle locked behind padlocked gates in the Cognac region of the Grande Champagne, which she meticulously details on her Instagram @restore_the_chateau.

Julie Berry bought the property in January 2017, desperate to give it a reason to be. Amongst the properties she saw, it was as if the ‘little’ Cognac château chose her, as it was the greatest challenge of all the properties that she saw. But it was desperate for someone to care for it, and so, room-by-room and stone-by-stone, Berry set off on a mission to give life back to the old abandoned building.

Famed for its cognac, the region is a compilation of old cellars and castles that were mostly used for production rather than living. Many of these still belong to the giants like Rémy Martin, while others are up for adoption. The restoration process presents an array of difficulties and Berry is still working on her French home today, continuing to renovate various parts of the structure. That’s the thing about sleeping beauties, they require constant upkeep and care. After purchasing, Berry discover several other unknown structures on the grounds including barns and even a large stone bread oven. She vowed to restore these elements as well, and she looks forward for the nest to becoming a gathering place for her family and her two daughters.

The patron personally designed and decorated every single room of the château, giving each a distinct character. She says that she was thinking about all the different events, milestones, and memories that will be made within the walls. And while it may have been difficult to find the correct construction team to respect the space and agree to work on the restoration, the ultimate result was worth the effort.

Today the château flaunts a beautiful outdoor space with a romantic pool and surrounding areas that extend from the stables onward. Inside, Berry has claimed a fabulous corner master bedroom made of pure dreams. To do so she had to remove giant chimney that went up the entire building.

The remarkable part of the renovation, however, is that no matter how many other high-profile Instagrammable renovations there have been recently, like the Château de Gudanes, Berry did not try to copy anyone else’s stylings. Her personal castle is a full embodiment of her character and taste, lavish and elegant. In this, the named château is also incredibly warm and welcoming, a place wanting to be lived in.

A central attraction upon entering the space is the collection of winding staircases. They whirl through the entirety of the home, offering it an air of romance and nonchalant airiness. The spaces are also decorated with many collectors and vintage items including sculptures, bathtubs, paintings, etc., to enhance the building’s history. But nothing highlights the importance of the location as much as the cellar, a nod at the great Limousin region (whose barrels are necessary for distilling cognac) and its liquid libation that we still indulge in today. And who knows, knowing Berry, she might be venturing into the spirit industry next too!

Berry and @restore_the_chateau is yet another reminder that there are pieces of history that need our help. In turn, they can provide so much aesthetic and spiritual pleasure with their sole grandiose, historical existence. Protégez nos châteaux!