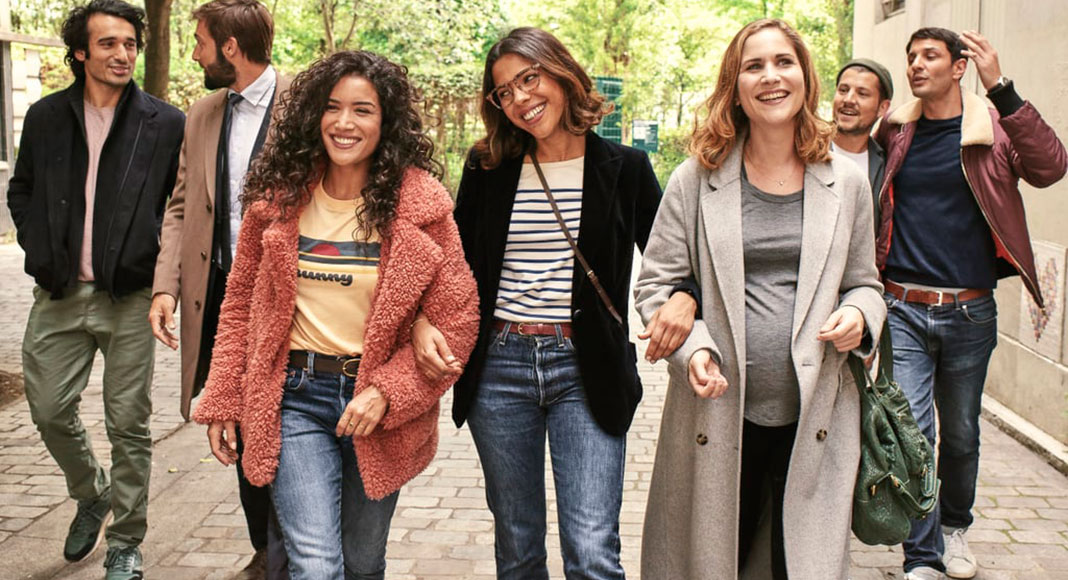 Why You Should Binge-Watch “Plan Cœur” on Netflix

Netflix’s newest French addition, Plan Cœur, by Chris Lang and Noémie Saglio, has evoked a strong reaction (as expected) from the French audiences. The French have mostly ridiculed it as a binge-worthy, feel-good show (makes sense when most of their movies have far from happily-ever-after endings). But we would like to point out… what is so wrong with a binge-worthy, feel-good show?

A sort-of French take on Sex and the City, Plan Cœur (or The Hook-up Plan in English) focuses on the lives of three Parisians: Elsa, played by Zita Hanrot, Emilie (Milou), played by Joséphine Draï, and Charlotte (Chacha), played by Sabrina Ouazani, who each have their own struggles, daily battles, and inner conflicts. The main character, Elsa, has been chronically single for a while and still getting through a very rough breakup. Her friends, naturally, hire a male hooker to lift up her spirits. What happens after is a surprise for everyone…

The storyline itself being that of a perpetually single girl is relatable to everyone. Elsa finds out that her ex is getting married. “She was supposed to be a one-night stand, not his future wife,” says Elsa of the fiancé. No matter what, every girl has had the hope at some point her life that her replacement won’t last. Elsa’s friends come into play here finding the perfect way to cheer her up — paying for a male escort, Jules — but she doesn’t know if he couldn’t be her next big love. Jules Dupont, played by Marc Ruchmann, is a divinely handsome and perfect gentleman that sweeps the girl off her feet with a date at Roger La Grenouille (prime destination to try frog’s legs in the 6th arrondissement) and a date in an old theatre.

Elsa doesn’t know that these seemingly perfect dates were actually entirely planned by Charlotte (here you can see the problem arise). The narration then turns to focus on Jules, to really understand his motives for the particular profession he has taken on.

Both corny and a bit ridiculous, the entire situation is highly unrealistic but this emotional and hilarious romantic comedy is totally worth a watch. During freezing winter days, there isn’t anything better than a light comedy, especially one with swoon-worthy Parisian backdrops. The action happens all between Hôtel de Ville and Montmartre where all three girls live and hang out. Their windows look out on onto Sacre Cœur, they drink coffee en terrasse, and punch in a door code to enter their building: all engaging and exciting details for the Francophile.

Compared to Netflix’s last French series Marseille that France declared a failure, this one proves that you don’t need Gerard Depardieu to make a show, and that Paris always does love best.