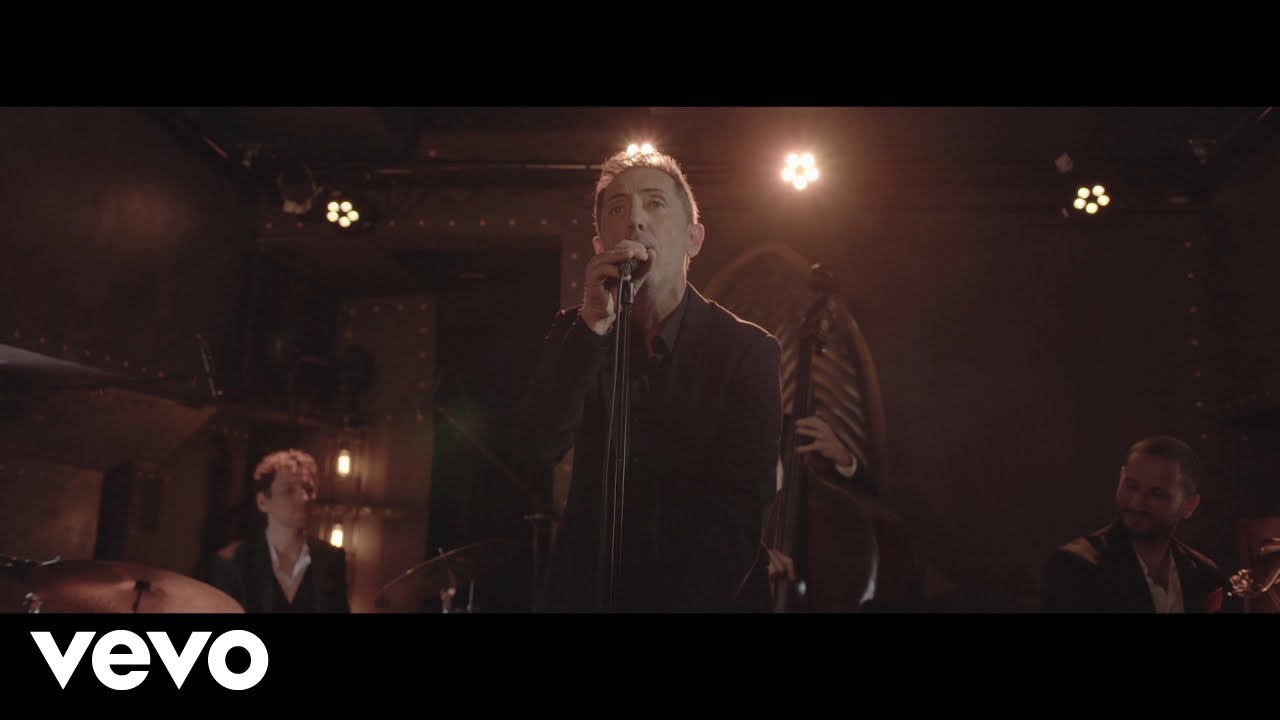 Gad Elmaleh is releasing a new album… of music

This year has been one of encouraging hobbies and side hustles in a time when many are out of work… especially performers. But comedian Gad Elmaleh has taken the concept of the quarantine project to a whole new level.

The French superstar (often dubbed the ‘French Seinfeld’) has built up a global career in two languages, with his projects recently including two specials (American Dream and Gad Gone Wild), as well as a TV show (Huge in France), all on Netflix. But his most recent endeavor has nothing to do with comedy.

Today, Gad released a single from his upcoming album of cover songs by the French singer-songwriter Claude Nougaro. Nougaro is a staple of French music, a Toulousian who blended American jazz and Brazilian and African musical influences into the French chanson style. His hits include songs like “Toulouse,” “Cécile ma fille,” and “Bidonville,” many of which have entered into the canon of standards, and were covered by artists like Édith Piaf. Nougaro died in 2004 at the age of 74, leaving his hometown of Toulouse “orphaned,” but inheritor of a great legacy.

Gad’s choice of single (announced today on Twitter) is Nougaro’s song, “Armstrong,” a dedication to one of Nougaro’s greatest inspirations, the jazz legend Louis Armstrong. The song, originally released in 1965, seems like a poignant choice for 2020, amidst the backdrop of the Black Lives Matter movement. It’s a tongue-in-cheek call for racial equality, with the white narrator performing a one-sided conversation with Armstrong. The final passage makes the message clear:

On n’est que des os (We will be only bones)

Est-ce que les tiens seront noirs? (Will yours be black?)

Ce serait rigolo (That would be fun)

The song will be released as part of Elmaleh’s upcoming album, Dansez sur moi, to be released January 29, on the jazz label Blue Note. Elmaleh announced the 12-song album’s impending release with a surprise performance at the Maison Nougaro in Toulouse, on August 24. The venue is the project of Nougaro’s daughter Cécile, who was overjoyed at being able to open the venue for the first time since the pandemic began, and with such a special showing. “The last time I played in Toulouse, it was in a  Zénith of 6,000 people, and I felt less fear,” Elmaleh said of the performance in an interview.

It’s both endearing and surreal to watch Elmaleh’s Michael Bublé schtick, his stage presence campy while also remaining self-aware. He’s got the slightly-embarrassed look of a karaoke ringer thrown onstage by a well-meaning friend at a bachelor party, and it will be interesting to see how he finds his footing in this new medium while his live comedy shows are suspended for the foreseeable future.

For comparison, check out Nougaro’s live rendition of the song from a 1989 Paris performance.