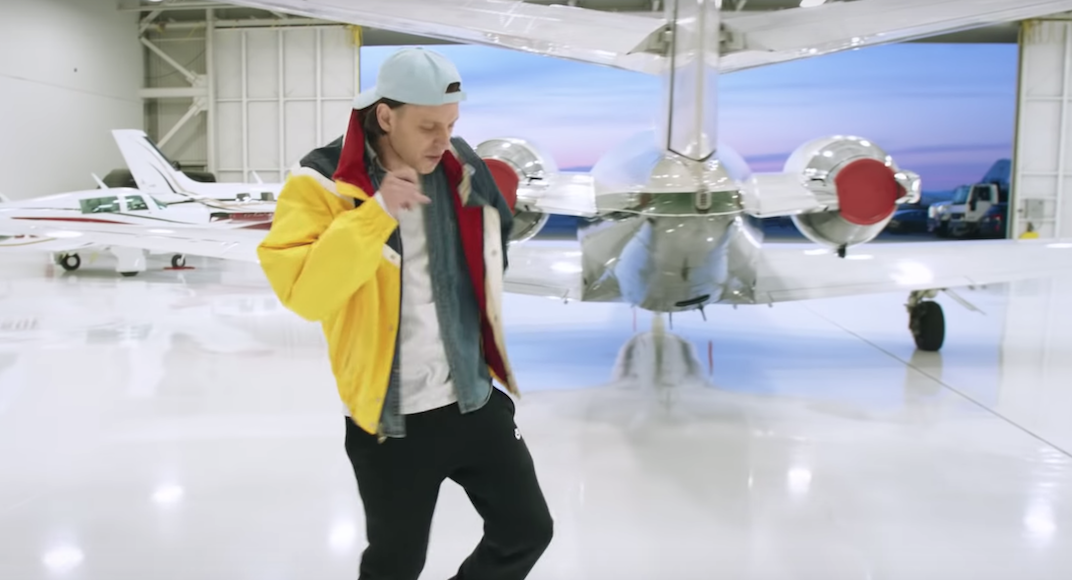 11 Quebecois Artists Whose Music You Should Know

Because Céline Dion, Garou and Lara Fabian aren’t the only singers from Quebec, we’ve compiled a list of must-haves in your music library: from rock, folk, indie, and rap artists, this is what you should be listening to.

Originally from Montreal, Arcade Fire needs no presentation. It is obviously one of the best known Canadian bands in the world. For the essential track that belongs in your music library, it’s difficult to choose only one song, but since we have to, go for “Reflektor.”

Eclectic, multi-talented singer, actor and writer Jean Leloup is an unclassifiable figure on the Quebec scene who has made a name for himself with his audacious music videos. Go listen to “Paradis City” and you won’t be able to last two minutes before needing to dance.

If you’ve been in Quebec for more than two years, you certainly haven’t escaped the rise of Hubert Lenoir. A native of Quebec City, this artist was made known to the general public when Radio Canada named him its revelation of 2018-2019 in the song category. Then his album Darlène was chosen as a finalist for the 2018 Polaris Award, before he received more notice on the Quebec show Tout le monde en parle. Since then, Lenoir, who defines himself as a “free artist,” rejects all forms of labels and conventions. Listen to his hit, “Fille de personne II.”

Because they are faithful to their DNA, because they know how to bring Quebec folk up to date with gently political songs, and above all because they have a sense of job, we included les Cowboys fringuants. For the past 20 years, the Cowboys fringuants have been drawing a number of Quebecers and French people into their universe. And their tour, which kicks off in March in France, proves that the Cowboys are still in the saddle. It’s likely you’ve heard their new song “L’Amérique pleure.”

For this playlist, we recommend the timeless hits: “Les étoiles filantes,” but if you want to take a look at Quebec history, you’ll be more interested in “Lettre à Lévesque.” And if you love Montreal, listen to “La Queen“… and you’ll never say Boulevard Saint-Laurent again, but instead The Main!

Another artist group who doesn’t take itself too seriously but are nonetheless very popular and capable of bringing you to you feet, there’s Les Trois Accords, a humorous Canadian pop rock band from Drummondville. You can check them out in “Retour à l’institut,” “Ouvre les yeux Simon,” and of course “Bamboula.”

The year 2019 was Simon Loud’s in Quebec, making his first appearance at the Bell Center. Just 30 years old, he is the rising star of rap, especially among young Quebecers. During a tour for his first album, Une année record, in 2017, the French magazine Les Inrockuptibles noticed the buzz he was getting and reviewed him favorably. It was the first album and the buzz he generated in France that put him on the road to fame.

On May 24, 2019, he released his second album, Tout ça pour ça. For this album, he collaborated with Quebec singer Charlotte Cardin on the title: “Sometimes All The Time.” Since then, he has won numerous awards. His song “Toutes les femmes savent danser” is our favorite.

A meteoric rise for this young artist who first gained her reputation via social networks. For this child from the southern shore of Montreal, success came on Instagram, Facebook and YouTube. Then, when the young Montrealer joined a producer in 2017, her album Dysphorie quickly became one of the most listened to in the country and her song “J’pas stressée” became the most popular French-language song of 2017 on CKOI radio.

Bruneau’s hard-hitting, non-conformist lyrics do not go unnoticed on the current scene. Her song “Des p’tits bout de toi” earned her a spot all over the airwaves in 2019.

Author, composer, and singer Charlotte Cardin began her career as a model before being spotted on the small screen on the TV show La Voix in 2013 by Garou who invited her to appear on his album Au milieu de ma vie for a duet on “Du vent, des mots.” Little by little, the singer with her superb voice made her mark, being noticed by Elton John, who loved her song “Main Girl.” Singing in both French and English, she is currently building an international reputation without even having released an album! She opened the last Montreal Jazz Festival on a crowded Place des Arts. Listen to “Like it’s doesn’t Hurt.”

A new darling of the French and Quebec media, Pierre Lapointe is a poet, a dreamer, and a true ambassador of Francophone music. In summer 2014, he appeared daily on France Inter for light-hearted and amusing segments, and he began making a name for himself in France. This lover of words, beautiful and delicate lyrics, and the piano too, was born on the shores of Saguenay Lac Saint-Jean and makes music in the same veins as Robert Charlebois and Alain Souchon. Pour déjouer l’ennui is his most recent album. And to get an idea of his repertoire, here’s “Sais tu vraiment qui tu es” or “La science du coeur.”

“Je reviendrai à Montréal, dans un Boeing bleu de mer, j’ai besoin de revoir l’hiver” (“I’ll be back in Montreal, in a sea-blue Boeing, I need to see winter again”) … and you know the rest! Impossible to ignore this great star of the Quebec scene, Robert Charlebois is a singer with an absolutely brilliant repertoire. At over 75 years of age, he remains present on the Montreal cultural scene and far beyond.

Obviously, we choose “Je reviendrai à Montréal,” in a version by Pierre Lapointe. But there is also the fantastic “Lindberg” on the album Quebec Love, “Je rêve à Rio,” and “C’est pas physique, c’est électrique.”

Because he watches over the city, a special dedication must be given to Leonard Cohen, whose deep voice continues to move generations. The favorite is obviously “Hallelujah,” but his posthumous album, Thanks for the Dance, released in 2019 thanks to his son, is also beautiful.

Cohen died in 2016 in Montreal, buried in the city’s Jewish cemetery, he left an immense musical legacy and continues to inspire artists. He is also one of the singers whose songs are most covered (“Jeff Buckley,” among others). The legend lives on.

This article was first published by our sister website, Maudits Français.