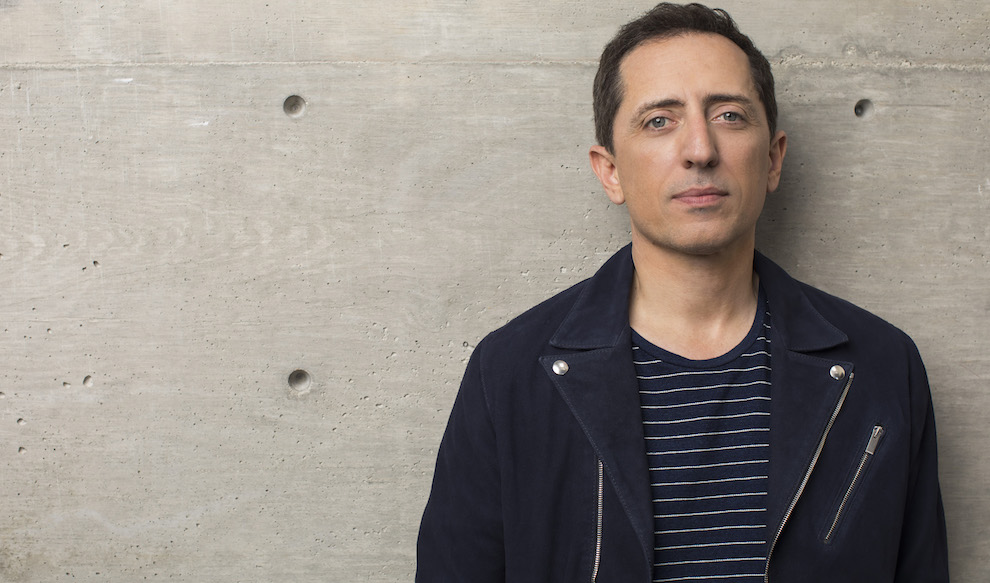 Gad Elmaleh Has Conquered America. Next, He’s Aiming For the World.

Gad Elmaleh loves a challenge. After making America laugh, he is setting out to conquer the world. On June 13th, he surprised his fans when he announced his world tour, Dream Tour, on his Instagram account. “Certain dreams are not just dreams; mine has become reality.”

“Maybe it’s naive but I’m filled with a dream,” the French-Moroccan comedian confides to French Morning. “It’s crazy to able to travel the world with my individual, personal history, and with the experiences I’ve had!”

From Antwerp to Dubai, with stops in multiple American cities including New York, Washington DC, Detroit, Boston, Chicago, Portland (OR), San Francisco, Los Angeles, and Miami, the comedian has more than 20 shows scheduled through December 11. Elmaleh produced the majority of the tour somewhat by chance. “The American shows were planned just like all the others in Australia but once we began to put this in place, local promoters from other countries started contacting us. I never asked, for example, to have a show in Oslo, Norway! It’s crazy! It was unplanned but I am so happy about it,” continues Elmaleh.

For this world tour, the comedian has planned for his show “American Dream” to be refreshed with “new material.” He explains, “It’s my stand-up special on Netflix with all my observations on language, dating in the US, cultural differences, etc. I am adding about 30% more material, which I am in the middle of testing in US comedy clubs.”

In the show, Elmaleh uses a written script but also improvisation; he doesn’t want to pretend, and prefers to allow the exchange with the audience to flow naturally. “I want to meet the public, visit cities, I want to try to make jokes about the countries and learn some expressions. Even when I go to Toulouse, I learn about the local vocabulary, so I’ll also do this when I’m in Shanghai or Copenhagen, for example.”

He intends to change his show as it happens: “the difficulty will be to adapt my shows and not do the same thing in every country. I want to share my ignorance with the public. I want to play with clichés and prejudices. I even more want to laugh at myself than at them and to play with that edge, that of a person who does not know the world and who is discovering it…”

However, the show remains anchored in American culture, an element that Elmaleh sees as an advantage and not as a constraint. “I am going to unite the public to gently tease Americans. And there is nothing better for the Australians or the English than to make fun of the Americans. I am also sure that in Europe, they will be able to identify with the strangeness and culture shocks that I’ve experienced.”

“The American Dream can apply to every country in the world”

Elmaleh, who climbed the rungs of success in Canada, France, and the US, remains nevertheless proud of his modest origins. He never hesitates to intersperse his social media feed with photos with himself as a child to evoke his journey and his past. “I feel privileged with the path I was able to take considering my parents had no money. This type of photo is idea directed at Moroccan children to tell them to follow their dreams, that they must believe in their dreams … Dreams and success, even though they are ideas deeply rooted in American culture, are not only for Americans. We can be inspired by it, the American dream can apply to every country in the world.”

Elmaleh never gets tired of dreaming. He’s also currently involved in another project, which he is especially close to his heart: his semi-autobiographical series “Huge in France.” The first eight episodes of the first season have been filmed in Paris and LA. The series tells the story of a successful comedian who gives up fame in France to improve his relationship with his son in the US.

After his tour, the comedian wants to retain his momentum and take on a new challenge: “the world tour is also a way of closing the ‘American Dream’ show, and continuing onto something else. My next challenge will be if my series is offered seasons 2, 3, 4, 5 on Netflix… And if that’s the case, I’ll be passionate about it, because I’m very invested. It’s a real challenge.”