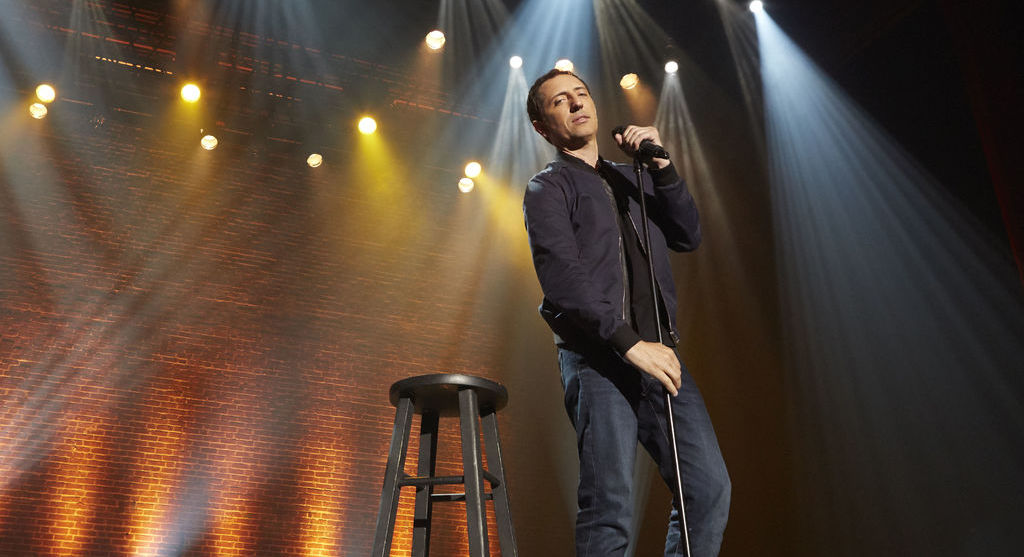 Gad Elmaleh comes to Netflix in an Original Comedy Series, “Huge in France”

One comedy special and a three-minute Funny or Die video just isn’t enough Gad Elmaleh for monolingual Americans. But good news has arrived for English speakers: today, Netflix announced that the French comedian and film star will co-create and star in his own original English-language Netflix series, “Huge in France.”

This eight-episode comedy series takes its inspiration mainly from Elmaleh’s own life. In the show, Elmaleh plays a famous comedian in France who moves to the United States to reconnect with his 16-year-old male model son. To add insult to injury, while the French superstar copes with the moody adolescent, no one in the US knows who Elmaleh is.

The life of the comedian is well reflected in the series: he’s famous in France, his son is 16 and models in Los Angeles, and he came to the US as a virtually unknown figure. Arriving in New York in 2015, Elmaleh developed a stand-up routine in English. With the help of his friend Jerry Seinfeld, to whom he is often compared, a routine was perfected and taken on a cross-country tour. In France, Elmaleh has been widely known and admired for many years. A favorite French joke of his that everyone can relate to satirizes the educational audio tapes you listen to in school to learn a foreign language: “Where is Bryan? Bryan is in the kitchen.”

This is not Elmaleh’s first partnership with Netflix. His first English standup special with the streaming service, Gad Gone Wild, debuted in January 2017. As a part of their continuing partnership, Elmaleh will film another English-language comedy special in addition to making the series.

“I’m so happy and inspired by this opportunity and could not feel more proud to be part of the Netflix family,” said Elmaleh, who is currently on tour in the US with his English standup routine. “This project is incredibly personal to me but more importantly it has such a universal theme that I can’t wait to share with the world. Let’s be real, getting my own series and a second stand-up special is really the only way I can stay in the U.S legally”.