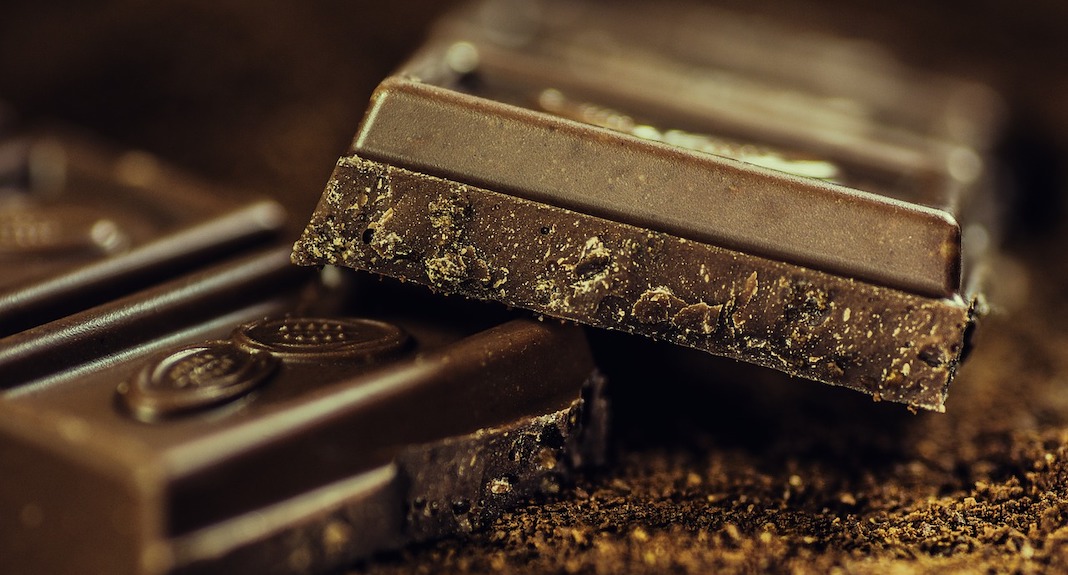 The 4 Best Chocolatiers in Paris

There is no competition: American chocolate gets its sweet little derrière kicked hard by the likes of Paris’s finest chocolatiers.

We Americans are accustomed to heavily industrialized, excessively sugary chocolate. Blame it on Hershey’s and one-too-many rounds of trick or treating in our youth. Chocolate, however, is much like cheese in France: an art form raised to the highest levels of gourmandise, an obsession, and a household staple. And, luckily, French chocolate isn’t banned by the FDA, which means you can gleefully bring as much of it into the country through customs as you like…well, within reason, we suppose.

Godiva, See’s, Vosges, Recchiuti…step aside. No matter what time of year you might be headed to Paris, here are the 4 chocolatiers you absolutely must taste (and bring back home!) And if you can’t actually make it to Paris–indulge in some “window” shopping on these sites.

Touted as a chocolate artist, Patrick Roger is known for his fantastic chocolate sculptures, most notably of wild animals. He also pulls out all the stops at Christmas, crafting elaborate chocolate Christmas trees. But his artistry doesn’t end with playful displays…he is a master of contemporary flavors and sensations, working saveurs ranging from lemongrass to Sichuan peppercorn with dreamy, dark ganaches and caramels. It’s no surprise that he has earned a title as a meilleur ouvrier de France. You know you’re close to the boutique when you start seeing a line around the corner, or when the scent of fresh chocolate punches you in the face.

WHAT TO TRY, WHAT TO BUY: The French love dark chocolates more than they do milk, and Patrick Roger pays homage to that passion. Try the ganache or anything with praline in it. Also highly tempting is the ‘rocher’, an upscale spin on Ferraro Rocher that blends a crunchy mixture of almonds and hazelnuts. To be honest, any form of chocolate from Patrick Roger will have you salivating for days.

If Patrick Roger is an artist, Jacques Génin is a madman. Avant-garde and experimental, he works surprising herbal flavors, such as bergamot, rosemary, mint, basil, and tarragon into his chocolates. He’s also known for his exquisite truffles, which have a very fine, delicate coating of chocolate that protects a lush interior that leans towards a very light note of coffee. No less noteworthy are his pâte de fruits, a traditional French bonbon made from sugared cubes of concentrated fruit, and his caramels, which David Leibovitz has described as nothing short of “heavenly.”

WHAT TO TRY, WHAT TO BUY: All of it. If you are looking to take chocolate back to the states, compose your own box. I love the pâte de fruits, particularly the berry flavors, and anything with ganache…but from me to you, I snag truffles for my stepfather every time I fly back to California.

Alain Ducasse is the king of French fine dining…so naturally, for a new challenge, he turned to chocolate, opening the city’s first bean-to-bar manufacturing facility in central Paris. He has entrusted the chocolate making to none other than pastry chef Nicolas Berger, with whom he has an extended and well-tested professional relationship. Nicolas works with chocolate fèves from all over the world, crafting bars with beans from Peru, Ecuador, Java, and beyond. He also works in nuts at times, such as a salted pistachio praline made with Sicilian pistachios, or even peanuts. The chocolate is handmade in small batches on-site, so you can be assured that a high-level of attention and care went into making it.

WHAT TO TRY, WHAT TO BUY: Swoon over the caramel mousse dressed in chocolate, take slabs of baking chocolate home for cookies or tartes au chocolat, and there’s no way in hell you should miss the salty-sweet hazelnut praline stuffed chocolate bar.

Cyril Lignac is one of Paris’s gastronomical chou chou d’amour. He’d already earned his stripes as Michelin starred chef, with two bistros and four patisseries bearing his name in town. So, naturally, when he turned his attention to chocolate, Paris took note. His chocolaterie is part and parcel of his small (but growing) empire on the rue de Charonne near Bastille. When asked about the chocolaterie, Cyril credits New York for his inspiration: this is not just a chocolate shop, but a lieu de vie dedicated to chocolate alone. Come for a hot chocolate, chocolate bars, chocolate brownies and pastries, or even chocolate éclairs.

WHAT TO TRY, WHAT TO BUY: One of the immense pleasures of Lignac’s chocolaterie is his spin on classic French school kid snacks, known as goûter. Lignac takes traditional chocolat goûter and refines it for the adult palate. I am in love with the brownie infused with bits of orange, but the chocolate bars were just as beautiful and easy to put in a suitcase. Come for the experience, leave with a few tablettes!