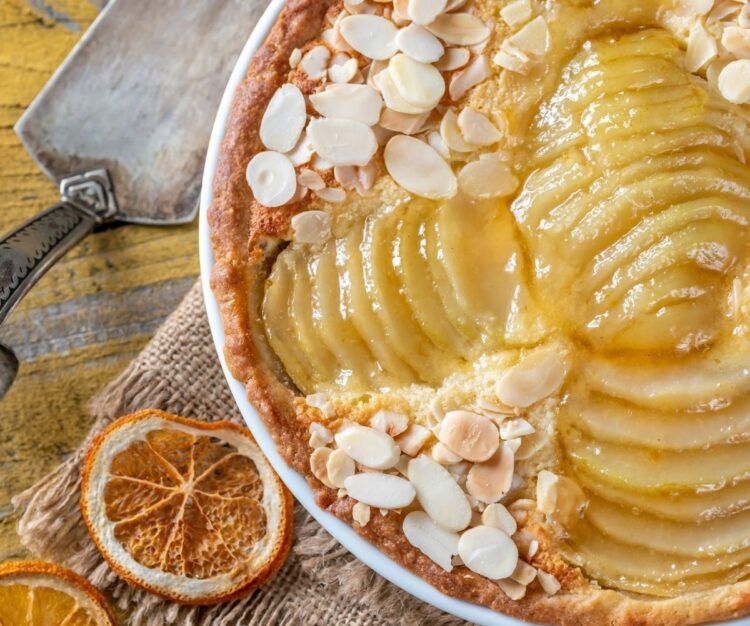 The holiday season is upon us and I am struggling to come up with an exciting and somewhat traditional meal for Christmas Eve. I will be hosting my parents for the very first time in a while. On top of that, Christmas is the easy part! My household is going from a 3 person family to 6 (my parents are traveling with one of my sisters) for two whole weeks. So I need serious help in the form of inspiration for menus that are as tasty and healthy as they are celebratory. So I did what I typically do when I am looking for ideas and information: I opened my podcast app and searched.

What I love about gathering information this way is that I am able to consider many options at my own pace while hearing a story at the same time. There is no huge stack of books to pore over; just me and my headphones. I selected my four favorite podcasts for you: three in French and one in English. We will talk about food, and since we are Francophiles, I added a podcast dedicated to wine.

Get ready, you are going to get hungry!

Finally a podcast in English? Yes! And one I really like. Oliver Gee is an Australian expat in Paris who has been taking his audience through France and Paris with his “ Earful Tower” for the past 5 years. He talks about pretty much everything with his guests–people who make the city of lights … shine. It is both a fun podcast and very instructive.

I love Oliver Gee’s sense of humor. He has lived in Paris for a while, and incorporates jokes and more from both his native Australian and French cultures.

There are tons of episodes you should not miss here but since we are talking about food and wine, you should absolutely listen to “Le Meurice : Inside the Kitchen.” Oliver Gee stayed at the iconic hotel Le Meurice in the center of Paris and asked to interview the head chef, Amaury Bouhours. Not only is the interview truly fascinating to just talk to the chef alone, but half of it is recorded in the actual kitchen of this legendary place. You’ll learn about what it’s like to run a restaurant with two Michelin stars, about his cooking background and of course, about French food. 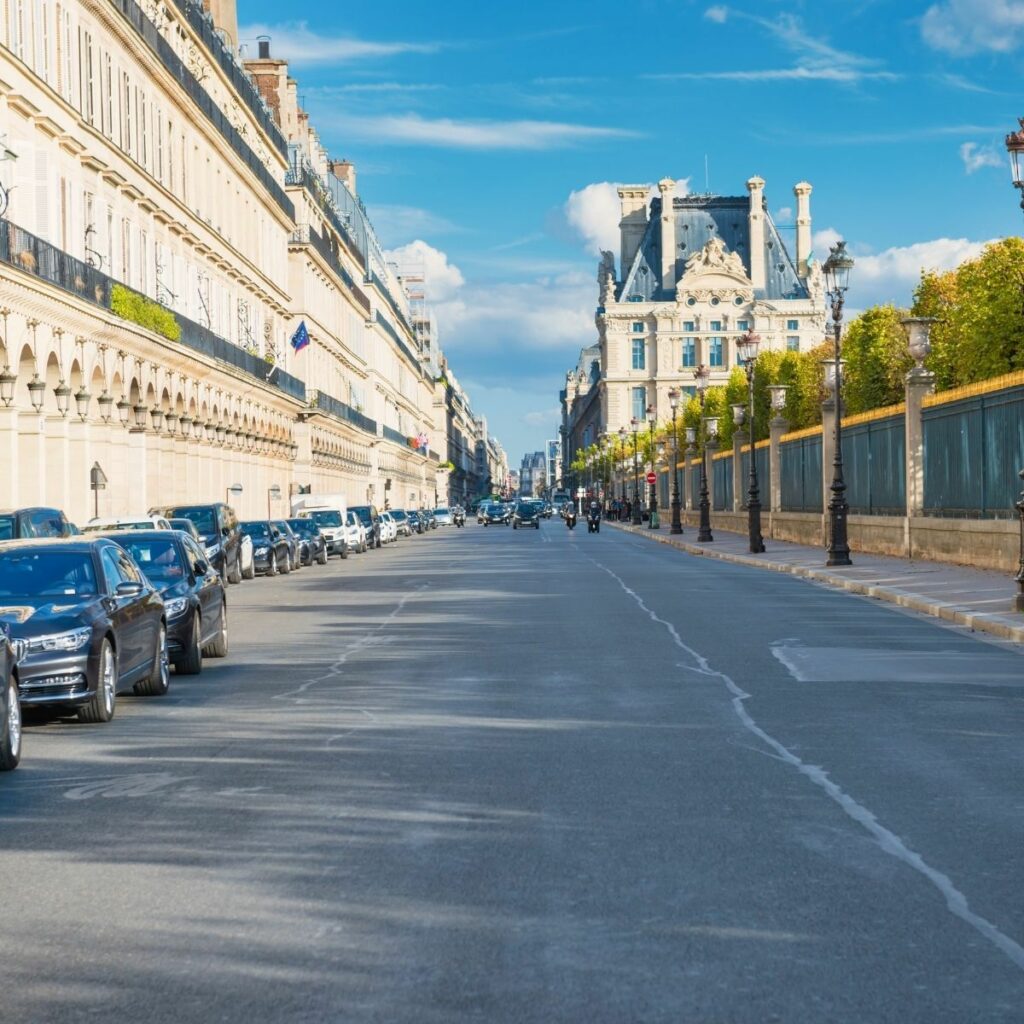 Rue de Rivoli, the street of Le Meurice, the iconic palace hotel in the center of Paris.

This podcast is the most straight to the point tool you’ll find to gather exciting recipes of French classics. In less than four minutes, Mathieu Lopez will share a recipe for you to put together delicious dishes for your guests … without having to take the day off!

I like the variety of foods covered by this show: he talks about appetizers, desserts and everything in between. The host also covers different kinds of food and gives options for vegetarians as well as meat lovers. Gudden Appetit is published weekly, on Sundays, and already has over 30 episodes brimming with 30 possibilities as each show focuses on one specific dish. Mathieu Lopez also offers the recipe in the descriptive notes of each episode so there is no need to stress over taking notes while listening.

I am a French woman living in the United States, and as cliché as it may sound, I miss a lot of the foods I grew up with. Especially foie gras and stinky cheeses. Some of my favorite recent episodes cover just that–French foods I long for: foie gras, Christmas cookies, orange and ginger bread,  as well as my favorite kind of pasta, which is not so French, but nonetheless, alla Genovese. 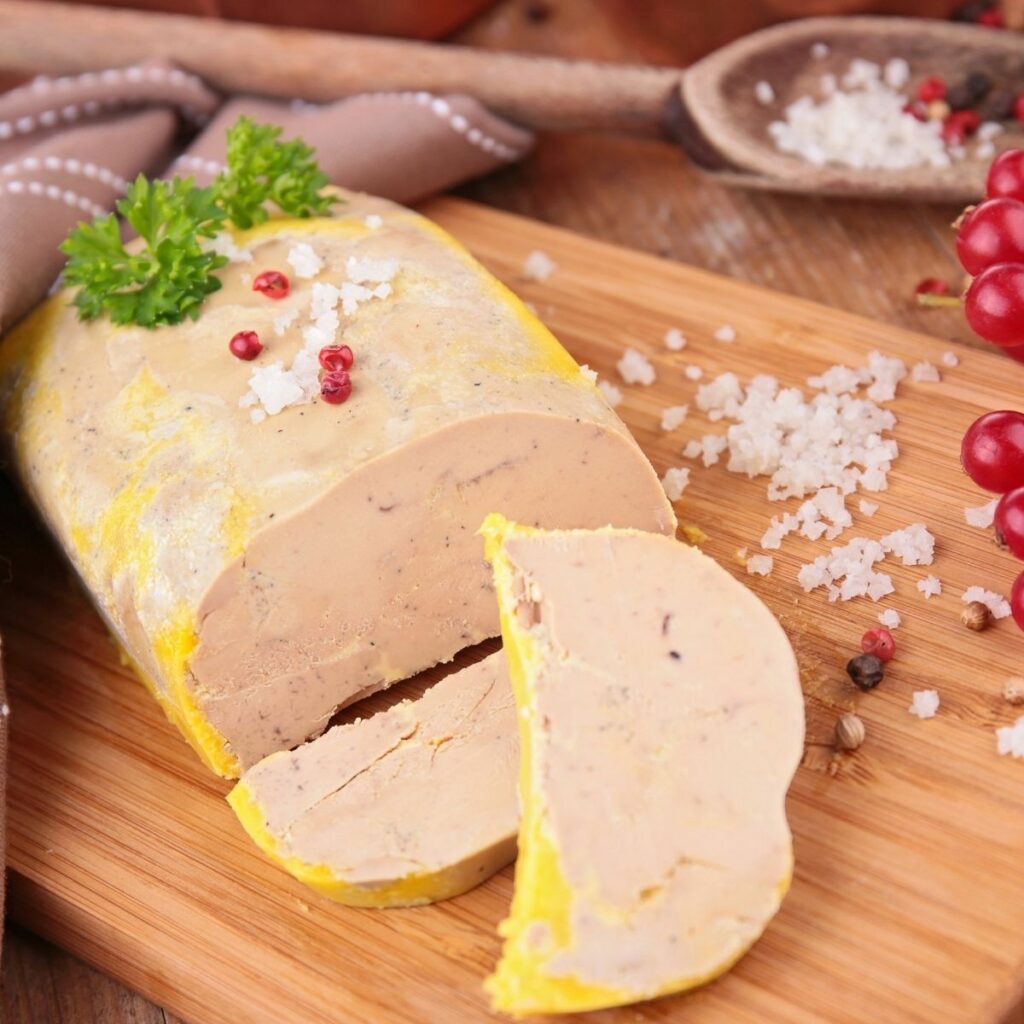 The name of this podcast literally means “hands in the grapes,”which is a sort of a pun for being caught in the act. “Les Mains dans le Raisin” is a podcast about wine. In it, we follow Julien, a young winemaker in the Beaujolais region and Julien introduces us to wine personalities, scientists and other wine enthusiasts and aims to better understand his profession. This podcast is somewhat immersive and you’ll hear winemakers cut the grapes as well as people clinging to glasses as they cheer, just as if you were there with Julien. The lexicon may be a tad more complex than the other podcasts of this selection, so if you decide to give it a try, look up things like levures (yeast), tanins (tannins), AOC (Appellation d’Origine Contrôlée), or even robe (color).

I like this podcast because it has no specific agenda and instead follows the real questions of a new winemaker asking how it’s done and done well. In “Les Mains dans le Raisin,”  you’ll hear about the impact of climate change on the grapes as much and you’ll also learn about how to taste wine … which is harder than you may think!

This podcast is fairly new and only four episodes have been published to date. My favorite episode is this one where Julien explores the impact of global warming on winemaking. It is  truly fascinating. 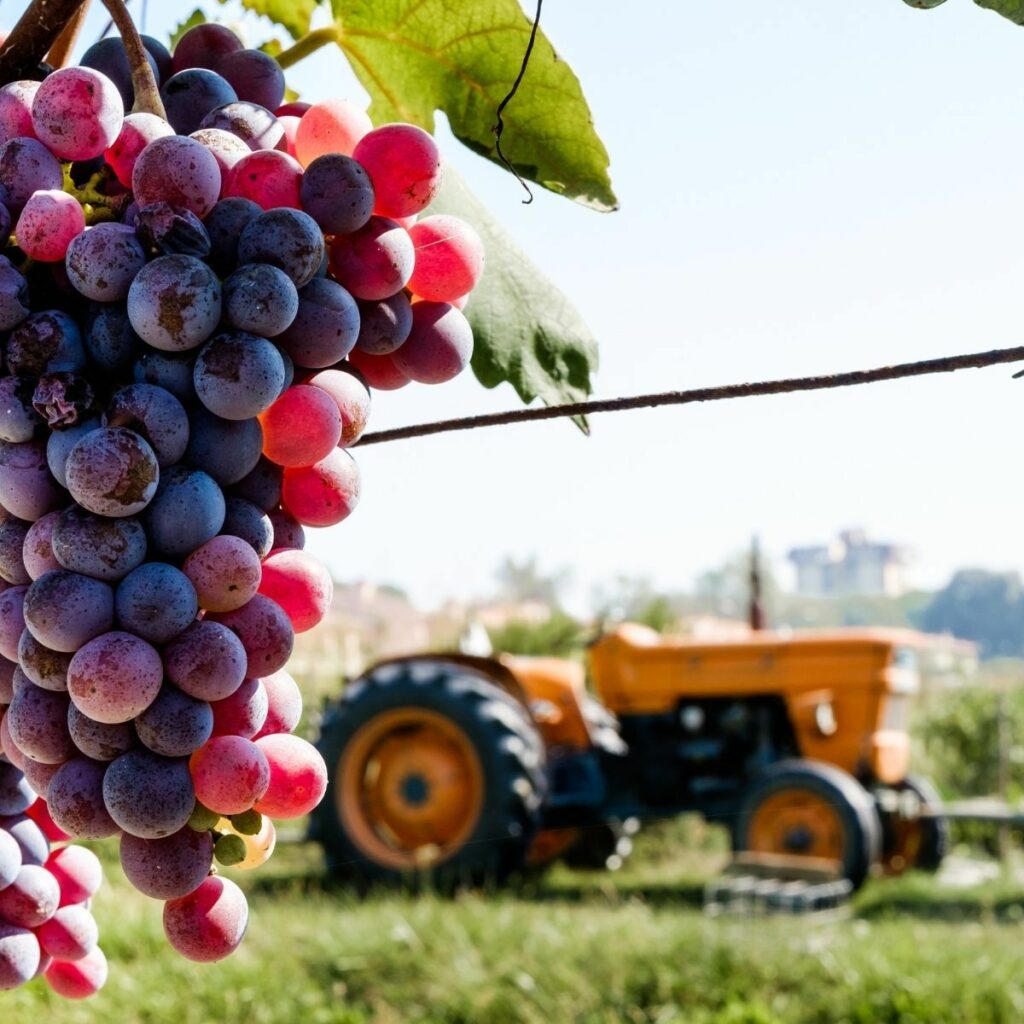 Grapes and winemaking in Burgundy, France.

Full disclosure, I consulted for Céline as she was working on her concept.

Céline Ghelardi is a French expat who lives in Ohio. Pediatric nurse by day, she has a passion for cooking and baking. Her passion is so strong that she passed the CAP Pâtisserie, a French certification all bakers must obtain to sell their goods. A few years ago, she became a cooking advisor for an e-commerce platform, Guy Demarles (the French equivalent of Bon Cook) and had an epiphany: this is what she wanted to do, cook and help people cook what they really want. Her podcast is very new (the first episode was published this week) but I think it’s very promising. In under 15 minutes, Céline introduces French classics, like savory and sweet tartes (pies) or apéro dînatoire de Noël (there is no real word in English for this: it’s an appetizer turned into a meal. Sort of.) and deep dives into  step-by-step instructions to recipes with real chef tips. Her modo is that homemade food always tastes better and is better for your health. She has told me that she wants to disabuse people of the notion that homemade food is very time consuming or more difficult to attain.

I have been nurturing the fantasy of becoming a cook and hosting guests at a small café. While it probably will never happen, I worked on my CAP as well (the degree I mentioned above) and listening to Céline’s passion is truly inspiring. I really enjoyed that she digs deeper than sharing just a recipe and also shares very accessible tips to make the results of the recipe stand out.

The first episode focuses on tartes, and walks you through the making of a tarte Bourdaloue, a pear and almond delicious treat. I dare you not to make one this holiday season after you listen to this! 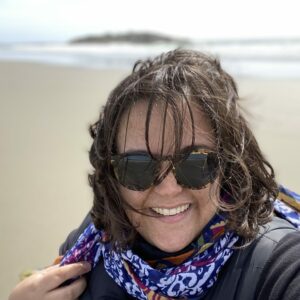