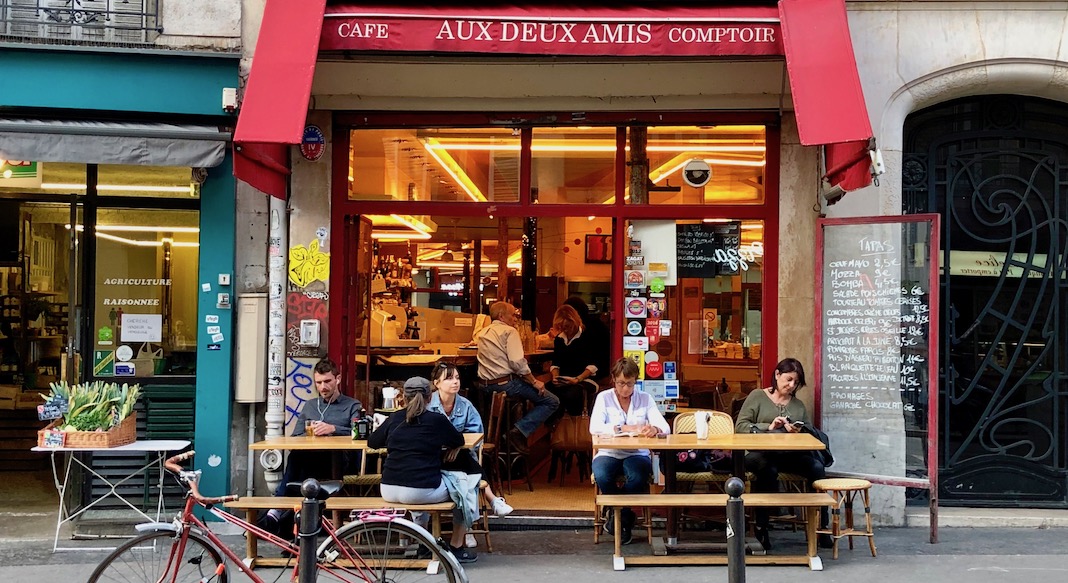 11 French Words and Phrases that French People Actually Use

If you agree with the phrase “when in Rome, do as the Romans do,” then you should also agree with this one: “when in France, speak like the French.”

Here are 11 words and phrases French people actually use that will help you avoid sounding like a 1980’s French text book.

“Je te jure” [juh tuh joore] is the equivalent of “I’m telling you” or “I swear to you.” Does your 30-year-old friend want to start skateboarding to feel young again? “Je te jure tu vas te sentir vieux quand tu tombes.” (I’m telling you you’ll feel old when you fall.)

A fun adjective to say (it just sounds cute), “canon” [kaa-naw] means “gorgeous; spectacular.” When your best friend is showing you the cute dress she got on sale at Sézane, tell her “Elle est canon!” (It’s gorgeous!) You can also use this word for people or occasions. When your friend tells you Alexis got his drivers license, you say, “c’est canon!” (That’s spectacular!).

Another instance of English entering the French language, “un afterwork” [uhn af-tuhr-wehrq] is what you call drinks that happen after work (duh). In the U.S. we’d say “do you want to meet for drinks” or “should we do happy hour?” In French, it’s “on va s’organiser un afterwork” (we’re organizing an afterwork), “on va à l’afterwork?” (should we go to the afterwork?), or “on va en afterwork” (let’s do an afterwork).

Literally, “se tenir à carreau” [suh tuhneer ah cah-rho] means “put in a square.” It’s meaning is more closely aligned with “be on your best behavior” or “stick to the script.” When the C-suite executives are coming to observe your branch for the day, your manager will tell everyone, “il faudra qu’on se tienne à carreau.” (You should be on your best behavior.)

This adjective of sorts switches the usual “pas trop” (not too) into the much more dramatic “trop pas” [trow pah] (absolutely not; so not). Did your friend accuse you of pretending to be sick the Monday after the weekend trip to Las Vegas for your 21st birthday? “C’est trop pas vrai!” (That’s so not true!)

“A priori” [ah priori] is basically the way to say “it seems” or “at first glance.” If you ask your French wedding planner what she thought of the venue you asked her to check out, she might say, “à priori la salle est trop petite mais je vais devoir prendre les dimensions exactes.” (At first glance the room is too small but I’ll get the exact dimensions.)

One of the verbs you didn’t know you needed in your life, “profiter (de)” [profeetay de] means “to make the most (of)” to “take advantage (of).” It’s often paired with “il faut” [eel fo] to mean “we/you should make the most (of).” Is it 85 degrees and sunny? “Il faut profiter du soleil! On va à la plage?” (We have to make the most of the sun! Should we go to the beach?) Was your company offered free tickets to an open-bar party? “Quand c’est gratuit, il faut en profiter!” (When something is free, we’ve got to take advantage!)

You may recognize the English word “tranquil” in the adverb “tranquillement” [trohn-keel-mah]. The meaning is similar; tranquillement is an adverb used to describe something happening slowly, quietly, peacefully. If you lounged around your apartment watching movies all weekend, when your friends ask you what you did on Saturday and Sunday you can say, “je suis restée tranquillement chez moi.”

Want to learn more French words straight from the mouths of native speakers? Check out our lists of words to know from February, March, April, May, June,  July, August, September, October, November, and December.