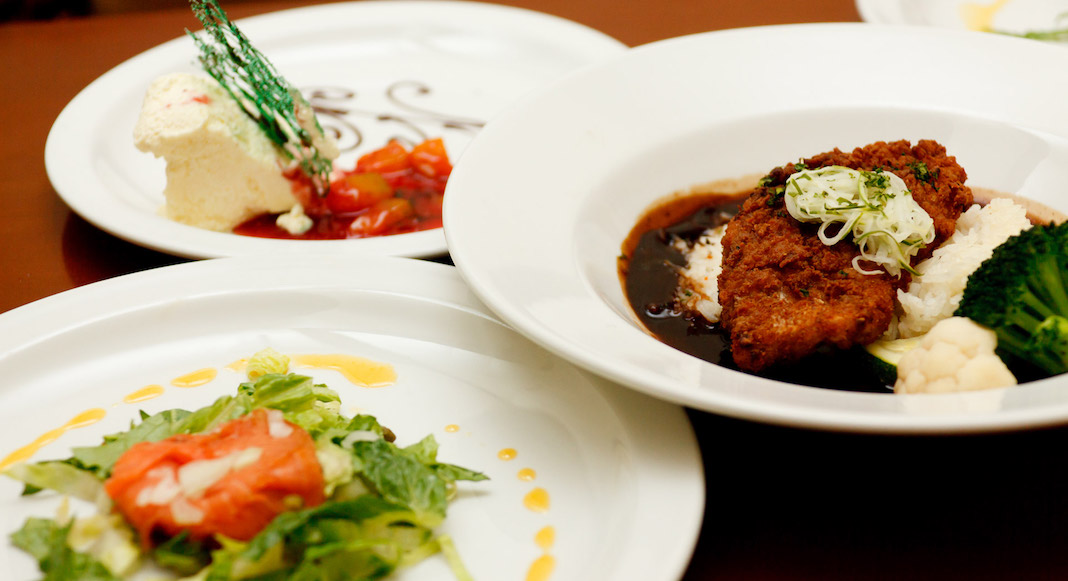 Why Do Americans Call the Main Course an Entrée?

Appetizer, entrée, dessert. This three-course meal American meal might be fine and dandy for people who don’t speak French, but for those of us with some knowledge of France, it’s confusing.

Entrée is a French word that Americans use to say “main course.” However, France uses entrée to denote an appetizer, and calls the main course a “plat principal”… so what happened?

It’d be easy just to blame this on Americans butchering another country’s language, but that wouldn’t be fair. As it often happens with cultural questions, history has the answer.

The word “entrée” was imported from France to the United States at the end of the 19th century, by French chefs in chic New York restaurants. At the time, meals were often comprised of up to 15 — FIFTEEN! — courses. The entrée was the course between the fish and the roast, the roast being the most substantial part of the meal. It would consist of something lighter than the roast but heavier than the fish, like chicken, lobster, ragu, or pâté.

But, in the first half of the 20th century, the American culinary scene changed. Prohibition and the Great Depression upended eating habits. Beauty ideals moved away from the curvaceous Gibson Girls, to the svelte, more exposed flappers; women wanted to be thinner. The idea that wealth was reflected in physical robustness declined. As a consequence, these lavish 15-course meals disappeared. “Meals became simpler. The number of courses shortened down to five,” explains Cathy Kaufman, independent researcher and Chair of the Board of Directors at the Culinary Historians of New York association.

Despite the entrée being cut from menus (along with many other courses cut), the term “entrée” remained on American menus. Why did the French term survive? “Restaurants’ desire to remain associated with French cuisine,” said Kaufman. “The term elevates the quality of the restaurant in the eyes of the client.”

American French-speakers may still be frustrated: why are we not mirroring the French and putting our entrée at the beginning? Paradoxically, Paul Freedman, professor of history at Yale and author of The Ten Restaurants that Changed America, noted that even in France the entrée isn’t actually the first course of the meal. “The entrée came third,” said Freedman, in reference how entrée was used in France when more courses were eaten during a meal. “In this sense, the actual entrée in the United States is closer to the original meaning of the word than the entrée is in France.”

As for its use in modern times, according to Freedman, the word “entrée” is on the decline due to the decreasing popularity of the one-entrée-per-person dining format. People now seem to prefer “small plates” and “tapas,” which can be shared amongst the table. “Paris no longer defines cuisine on a global level,” he said. “Today, the trend is fragmentation of meals, the individualization of eating.”