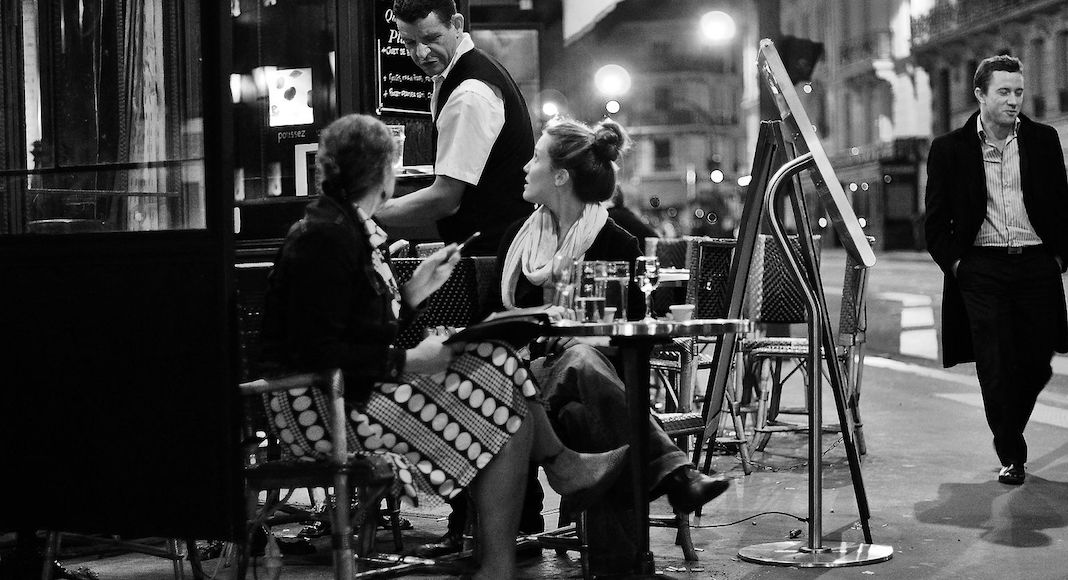 11 French Words French People Actually Use that You Should Know – Vol. IX

Learning French shouldn’t be boring, it shouldn’t be frustrating, and it shouldn’t be a waste of time. What would make French a waste of time, you ask? If you’re learning things that aren’t useful. “Sacré bleu” isn’t a phrase anyone says anymore, so don’t spend time learning it. Straight out of the mouths of our French coworkers, here are 11 words and phrases that French people actually use that are far from a waste of time. Before you get started refresh you mind with our lists of words to know from February, March, April, May,  June, July, August, and September, then dig in.

Meaning “what a rip-off,” you can exclaim “quelle arnaque!” [kel ar-nack] while looking at anything overpriced. (“Arnaque” means “rip-off,” so you can also use that in a sentence on its own.)

“Point” [puwha] means “period” or “case in point” as in, “Tom Hanks is America’s dad, period.” Because it is utterly and completely true that actor Tom Hanks is America’s dad.” Or, “Selfie-sticks have ruined photography. Period.” In French, “Si on marche dans le métro, il faut qu’on marche vite, point.” (If you’re walking in the Metro, you have to walk quickly, period.)

An adjective, “trop bien” [tro bee-en] means “great” or “really good.” When your coworkers ask you how your week-long sailing cruise in Croatia was, you say, “C’était trop bien!”

When your classmate is upset about getting a bad score in her French conversations class, tell her “prends ton mal en patience” [pruhn tohn mal ahn pass-yahnce]. This French saying is for when you want to tell someone that good things will come to them eventually, or literally “transform your pain into patience.” means “to hang in there.” When you make it into a command, you’re giving someone the reassurance that something good will eventually come to them if they wait.

Tipsy! The cute adjective “pompette” [pom-pet] is how you describe someone (or yourself) when they’ve had a glass of wine and are starting to get kind of chatty or silly. It’s not drunk; it’s that early stage of imbibing alcohol when one’s slight alcohol-infused behavior can be endearing.

“Il a une belle tête de vainqueur” [eel ah oon bell tet de vehn-ker] means “he’s got the head of a winner.” However, because the French love sarcasm and they love shadily insulting people, this actually means, “this guy looks like an idiot.” Il comes from the movie “Dîner des cons” in which a group of friends has a competition to see who can bring the biggest idiot to dinner. So the phrase really means “he looks like he could win the competition to be the biggest idiot.” (Note: It’s really something you can only say about a guy since the direct quote from the film is about a guy.)

A simple noun, a “frimeur” [free-mur] is a “show-off,” or someone who wants others to see that they’re good at something or they have something special.

You may have seen this one in Frenchly’s latest video. “Les doigts dans le nez” [lay dwah dahn le nay] is a very bizarre qualifier that means “the fingers in the nose.” As for why you would use this bizarre phrase, it would be to tell someone the ease with which you did something. When your friends ask how your rec soccer game went, you can say, “nous avons gagné le match, et j’ai marqué trois buts, les doigts dans le nez.” (We won the match and I scored three goals, it was so easy.)

Very simple but good to know when you’re meeting a whole herd of 20 French people who are all seated: instead of asking everyone to stand up and do la bise, you can wave and say “salut à tous!” [salu ah toose] — hello everyone!