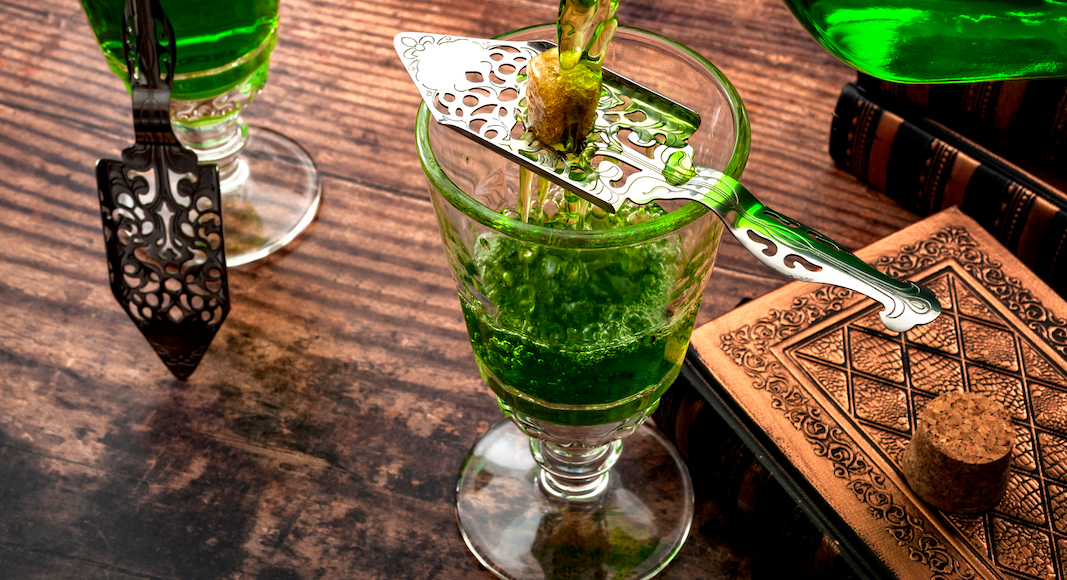 The Best Absinthe Bars in Paris

The green fairy may be the stuff of legend, but it’s also the stuff of legendary nights out. Though still rare in the United States, absinthe has retained a niche but steady following in its home country of France. And if you’re taking a trip to Paris, you can’t miss the opportunity to take in the heady experience of an absinthe buzz. Here are some of the best places to try the good green stuff. And if you can’t travel right now, check out our list of absinthe brands available in the U.S., and this collection of Paris-inspired absinthe cocktail recipes.

Named for the green fairy herself, La Fée Verte is about as classic as you can go. It may look like any other café in town, but this bar, halfway between Bastille and Père Lachaise, is famous for its extensive absinthe list. The perfect place for a no-frills summer evening with the casement doors flung wide open, or seated out on the terrace to people-watch.

If you’re the kind of person who wishes Mardi Gras was every day, then head to Lulu White, a New Orleans-themed absinthe bar in Montmartre. Named for the famous brothel madam and entrepreneur who owned half of Storyville in the late-19th, early-20th century, Lulu White feels like a step back in time, with live music, dim lighting, and cocktail menus that read like a who’s who of Prohibition-era NOLA. Take your chances with an absinthe flight that will have you on your feet and howling along with the honky tonk band.

If you’ve wandered down the tiny side streets of the Marais on a Friday or Saturday night, you’ve probably seen L’Absinthe Cafe… but you might not have been able to see it for the crowds of young people gathered in and outside. Popular for its seemingly never-ending happy hour, L’Absinthe Cafe is a good spot for a (relatively) inexpensive glass of absinthe, served traditionally at the bar. Just get there early to make sure you can get a seat!

If you really want to step back in time to the heyday of absinthe—and in the neighborhood where it gained its reputation, no less—then try the Hôtel Royal Fromentin in Montmartre. Experience the world of Baudelaire and Van Gogh in this boutique hotel unchanged by the years, and aided by a knowledgeable staff ready to indoctrinate you into the club of green fairy connoisseurs in no time.

Pour one out for…

Cantada II, the grungy Oberkampf metal bar made famous by Anthony Bourdain in the very first episode of his hit travel series, No Reservations. The bar has since closed, and the world over will mourn this no-holds-barred gem of a dive, with absinthe on tap and rock ‘n’ roll karaoke on deck.