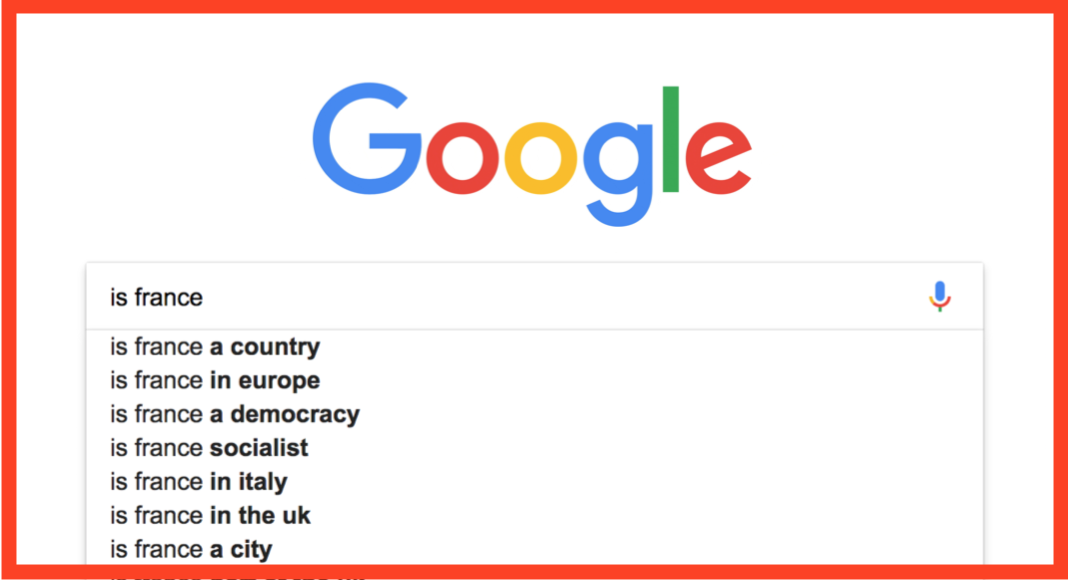 The Most Common Questions Americans Google About France

Google reveals our inherent biases, deepest wonders, and the inner workings of our souls all through one simple tool: autofill. You may have been searching for if McDonald’s fries were vegan, but then Google suggested you learn if they were healthy… so you clicked that instead because that’s what you deep down really want to know.

Now, we’re looking at what Americans are googling about France, and let’s just say, we should probably start reading the news more. 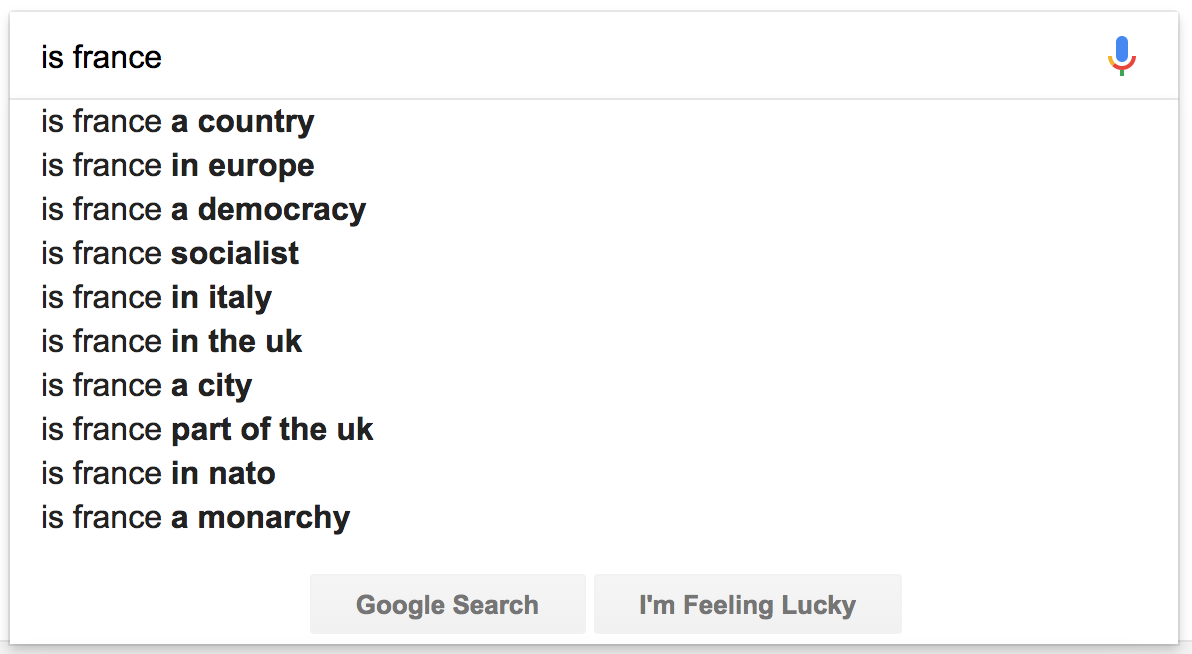 Is France in Italy? Apparently we haven’t looked at a map since 8th grade world cultures class. 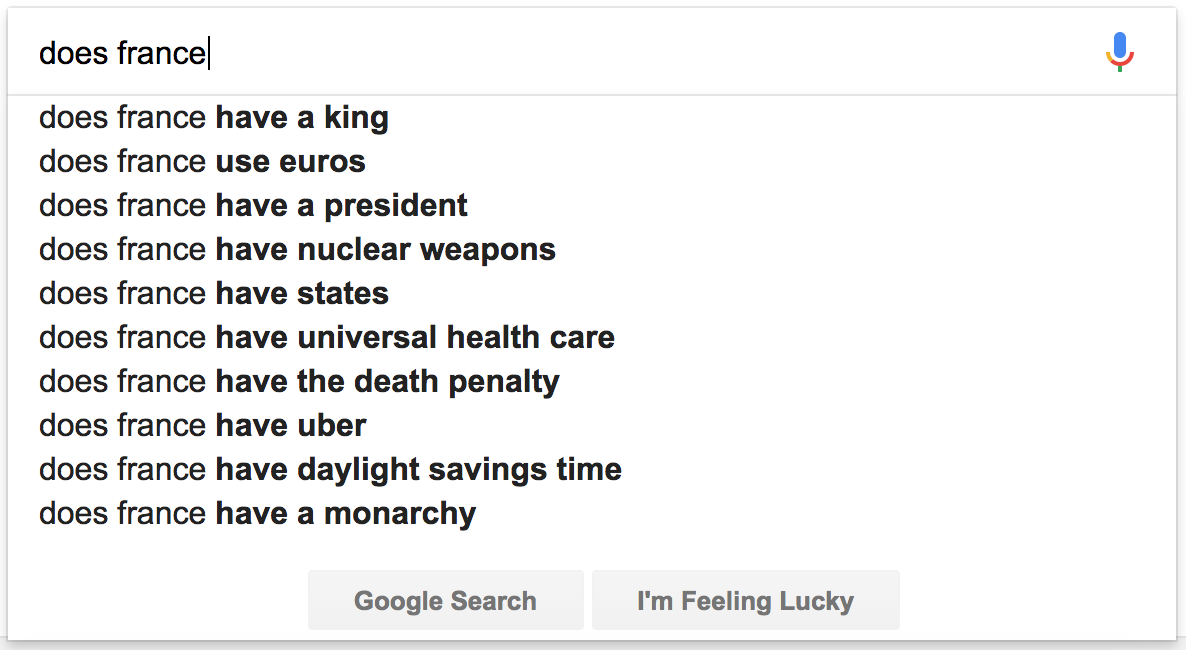 We want to know about their system of government and policies related to their values like health care and the death penalty. Now, we would know these things if we 1) read the paper, or 2) remembered anything from 8th grade world cultures class.

Classic. We really do love the stereotype about not shaving. 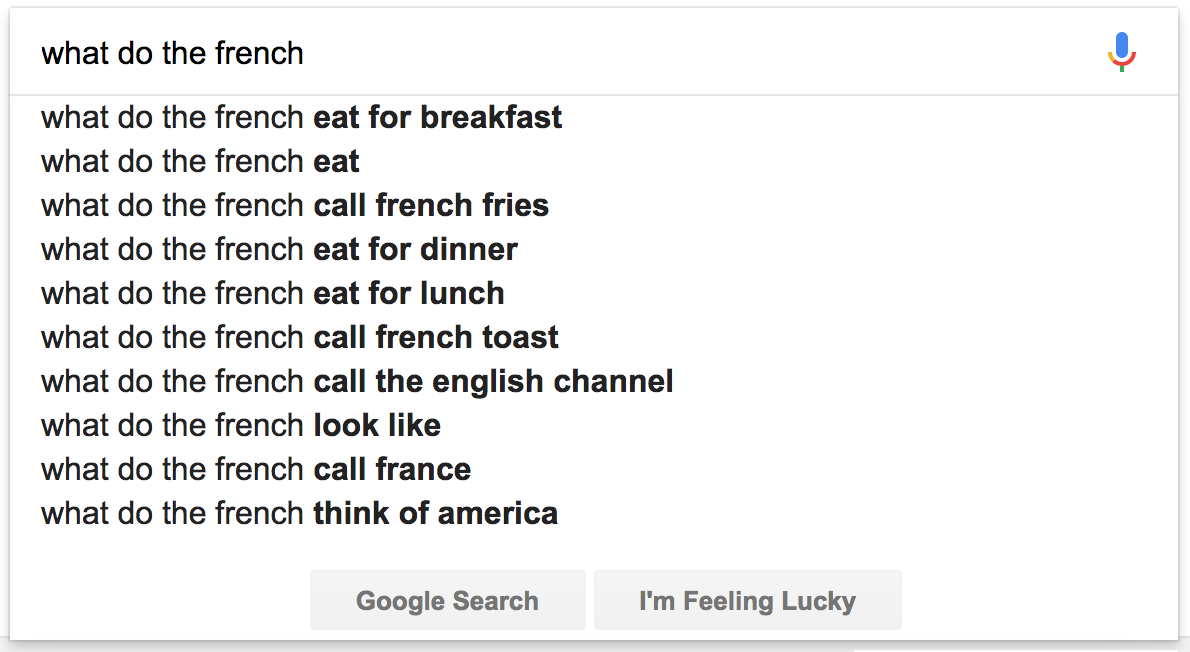 We care about what France eats. (Additionally, for anyone who was wondering, the French call France “La France,” they call French fries “frites,” and the English Channel is “La Manche.”)

We really care about the French’s eating habits, and also how the French celebrate holidays like Bastille Day and Christmas. A few stereotypes made the list as well,  about smoking, protesting, and surrendering. 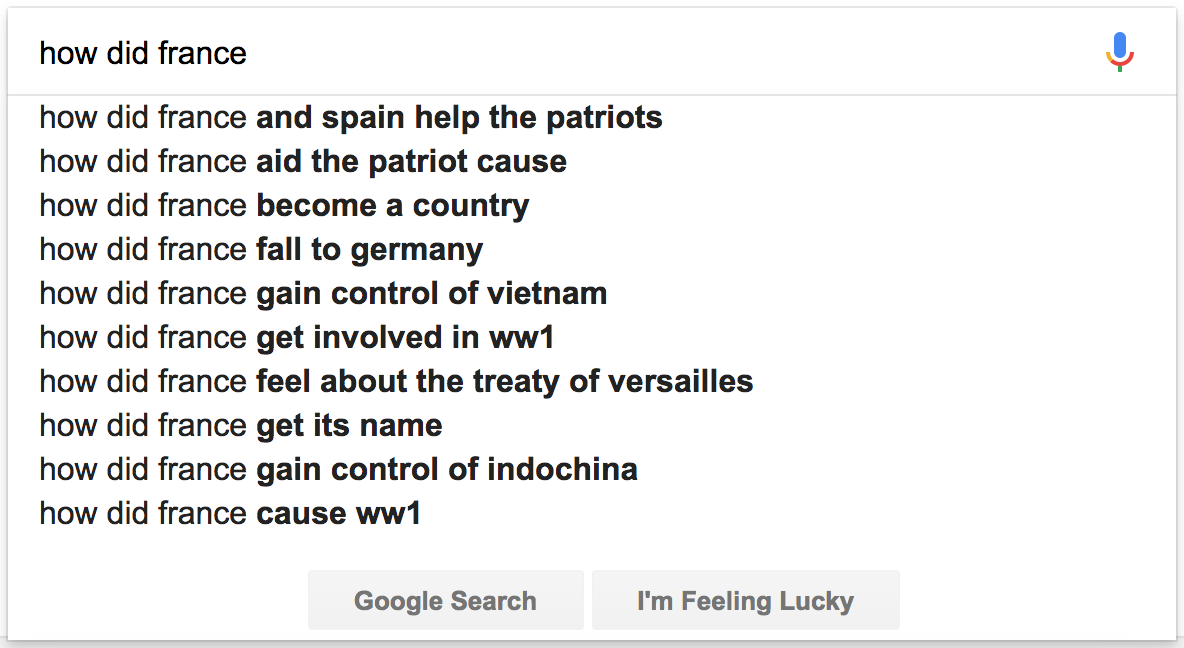 It could be a good thing how interested we are in France’s involvement in World War I and around the world… or it could be a bad thing because we’ve forgotten everything from 8th grade world cultures class.

Clearly that reputation of being unkind to tourists has really stuck. 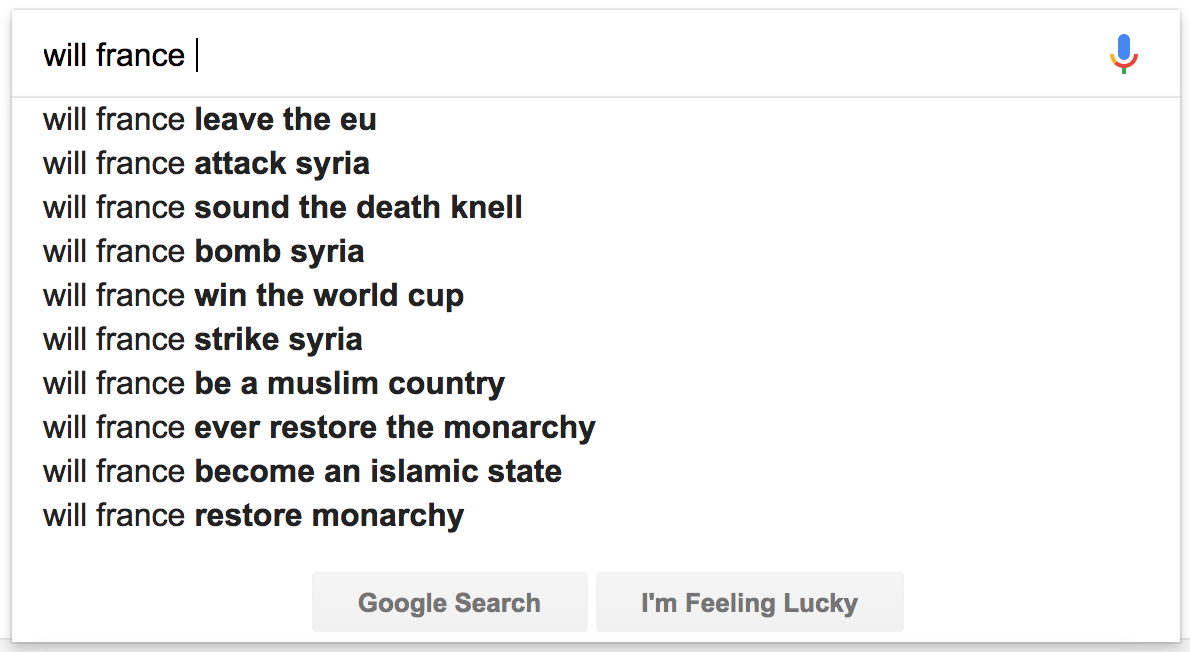 We’re super concerned about France’s wellbeing, especially in relation to Syria and Islam. (The question, “will France sound the death knell” is the title of a New York Times article.)

Questions that Reveal How Much We Care About France’s Opinion

If our wondering what the French think about America, American accents, Trump, and American tourists shows anything, it’s that we really have the French on our minds :’) … and we’re also shady since we literally googled “how do the French think.”