Civil unrest rocked much of the world in 1968. But France, in particular, experienced a flashpoint that brought the country’s economy to a halt and even led President Charles De Gaulle to briefly flee the country — and it all started with students.

The chaos that came in May 1968 in France was so great that what is simply referred to as “Mai 68” can be hard to understand and unpack. So that you can join the discussion and appreciate the many events commemorating Mai ’68, we’re providing the 5-minute backstory: what caused Mai ’68, who faced off, and what changed when it was all said and done.

While President Charles de Gaulle is largely heralded as a French national hero — you may have heard of him from the country’s biggest airport — his legacy is much more complicated. He and his Gaullist party were far from broadly popular in their day; the Communist and Socialist parties of France’s National Assembly even formed a coalition an effort to unseat him. Generally, people weren’t feeling very warmly toward the government.

Meanwhile, on March 22, 150 students occupied — aka barricaded — a building at Paris University at Nanterre. They aimed to draw attention to the arrest of several students at a Vietnam War protest on March 20. Ultimately, the students ended the barricade after learning the arrested students had been released, but they had laid the groundwork for what was to come on a national scale in May. 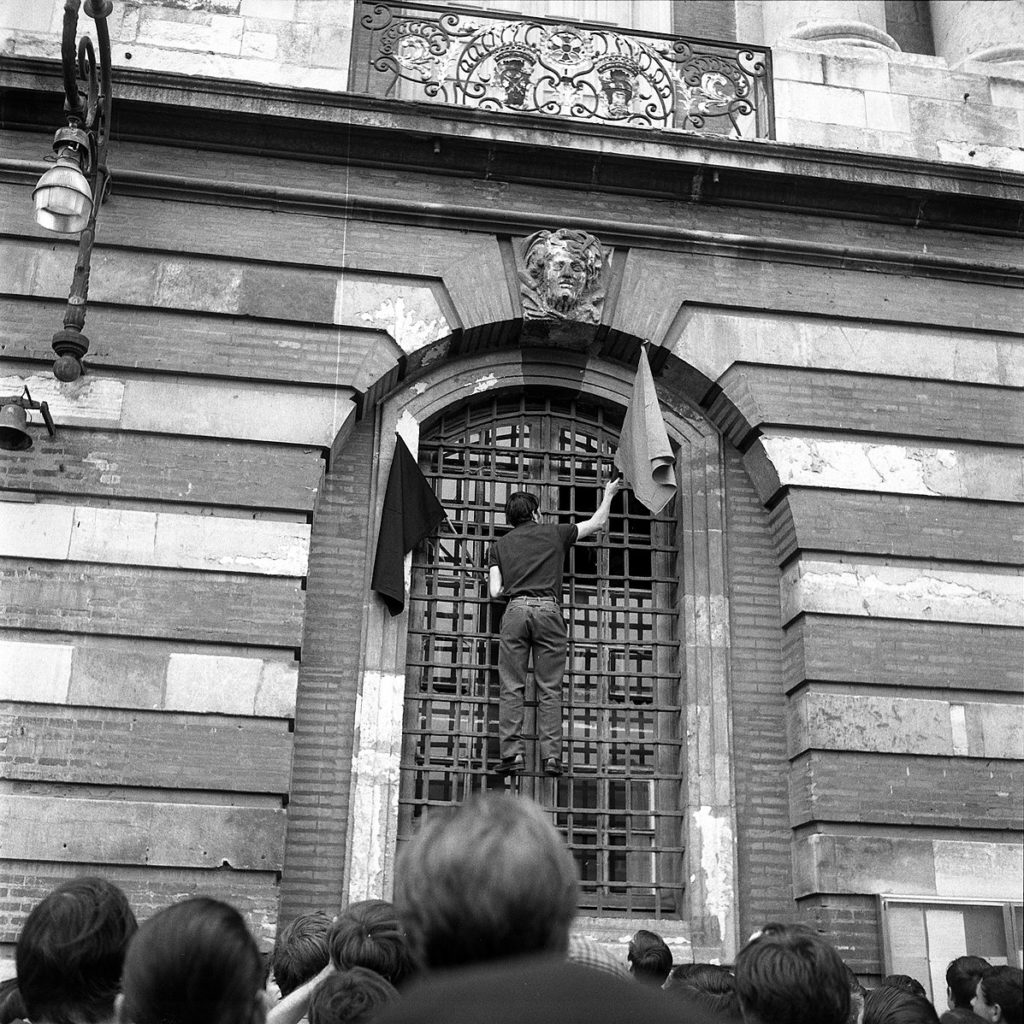 On May 2, Nanterre University was shut down after students organized an “anti-imperialist” protest at the university. On May 3, with the campus closed, the protests moved to the Sorbonne in the Latin Quarter. An attempt by the police to evacuate the Sorbonne turned violent, and by the end of the day, 574 people had been arrested.

On May 6, thousands of students, teachers, and like-minded citizens came in solidarity with the movement to protest on the closed Sorbonne campus. Police laid a violent crackdown on the protesters, who responded by barricading areas of the campus and even throwing cobblestones (pavés) at the police. Les pavés would become an important symbol of the revolution. The protestors were subsequently beaten and tear-gassed, with hundreds arrested and injured by the end of the day. On May 7, 30,000 students marched on the Champs-Elysées, and the student movement spread nationally.

Most famous of all was the night of May 10 when police used Molotov cocktails and burned cars to disperse a crowd of more than 10,000 sheltered by 60 barricades. It was the beginning of a 48-hour violent clash along the Left Bank. 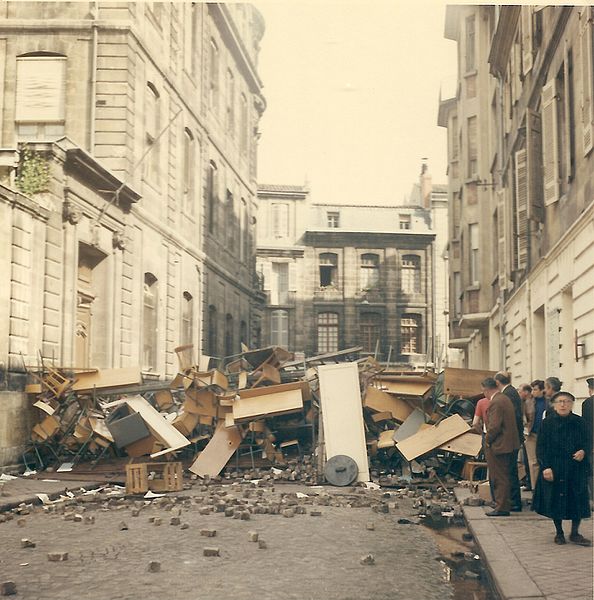 After the Left Bank riots, factory workers joined the fight on May 13 by barricading their places of work. Unions had called for a one-day strike, but workers continued striking. Brands like Renault and Citroën, and plane manufacturers like Sud Aviation and Dassault were severely hampered with multiple plants across the country being occupied by their workers. Since the factory shut-downs were not controlled by the unions as was usual in France, leaders could do nothing to mitigate the strikes. Workers added to the student demands by calling for higher pay, an ouster of de Gaulle, and the ability to run their own factories. By May 24, ten million workers were on strike. 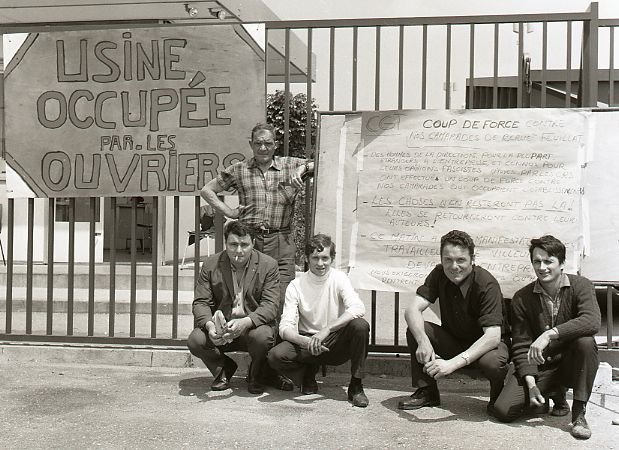 On May 25 and 26, the unions’ leaders and the government crafted the Grenelle Agreements in an effort to create compromise and stop the fighting. The workers weren’t satisfied with the Agreements’ provisions, and continued to strike. The rejection of what the Gaullists considered a generous offering drove the country further into disarray. With the country on the brink of armed civil war, Prime Minister Georges Pompidou ordered an “armored gendarmerie” of 1,000 men to the outskirts of Paris.

De Gaulle fled France on May 29, with no one in the country — even those in his own government — knowing where he was for over six hours. Even though Pompidou was technically in charge while de Gaulle was gone, the government along with the country’s economy effectively came to a halt. 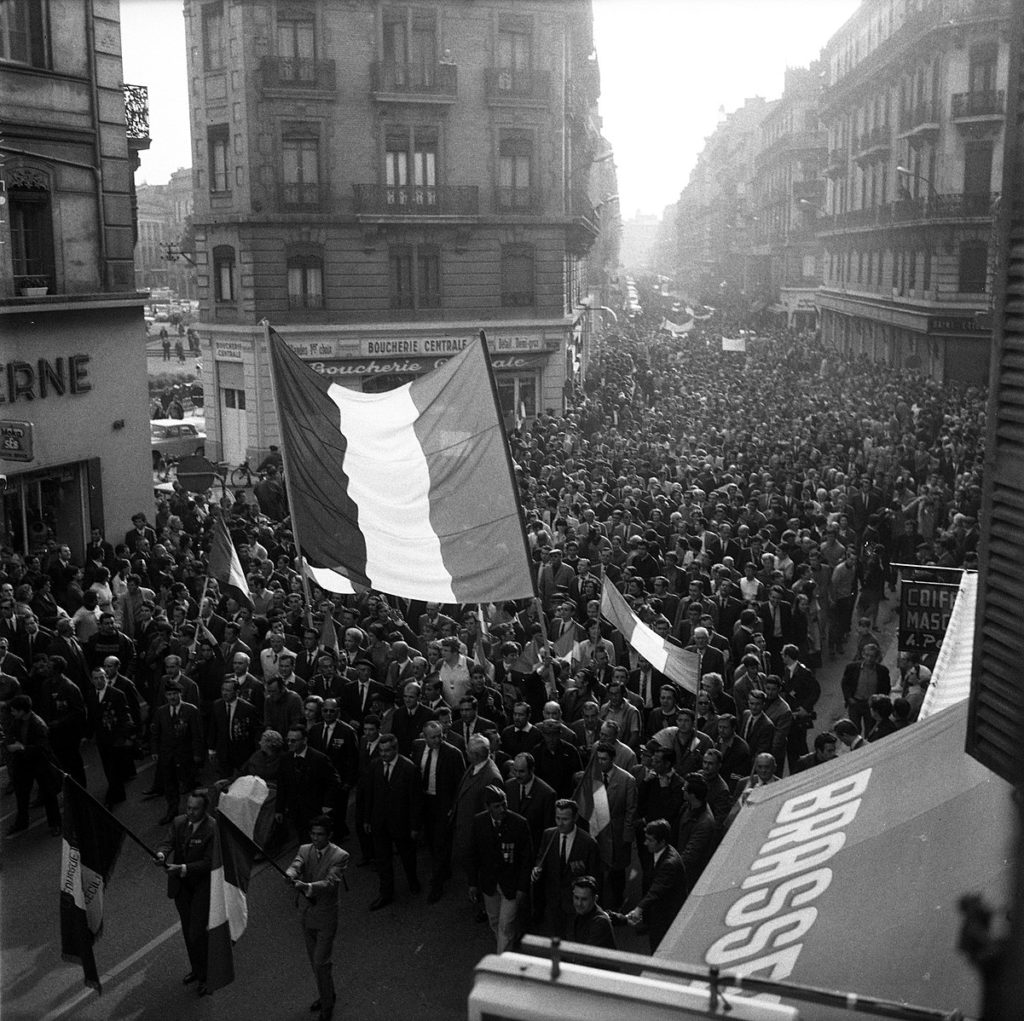 On May 30, over 300,000 Gaullists descended on the French capital. Encouraged by the show of support, de Gaulle returned from the French military base in Germany to which he’d fled to dissolve the National Assembly in order to elect new officials in an effort to appease the people. Slowly but surely, things began to return to normal as strikes ended, cleanup began, and lingering tensions cooled — at least on the surface. Despite nearly being forced to resign and narrowly evading a violent coup, de Gaulle’s party claimed the largest majority in French parliamentary history in the subsequent election on June 23 and 30.

Though the Grenelle Agreements were never actually agreed to, the major provisions were implemented: 35% raise in minimum wage, 10% raise in overall wages, and a 40-hour work week, among other reforms. Six months later, the Sorbonne became 13 smaller universities to handle the issue of student overcrowding.

The mini-revolution had social implications similar to the 1960s in America, such as the liberation of women from certain gender expectations and the establishment of worker rights, which lies at the heart of France’s identity crisis today. More than anything, Mai ’68 showed that French society — which considered (and still considers) itself one of the most advanced in the world — is capable of completely unwinding into chaos. It also revealed a certain futility to political revolutions in the modern age, given that the Gaullists emerged stronger than ever. The real question for today is how France chooses to remember, or avoid remembering, Mai ’68. 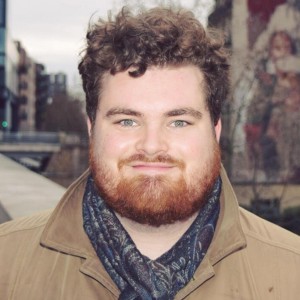