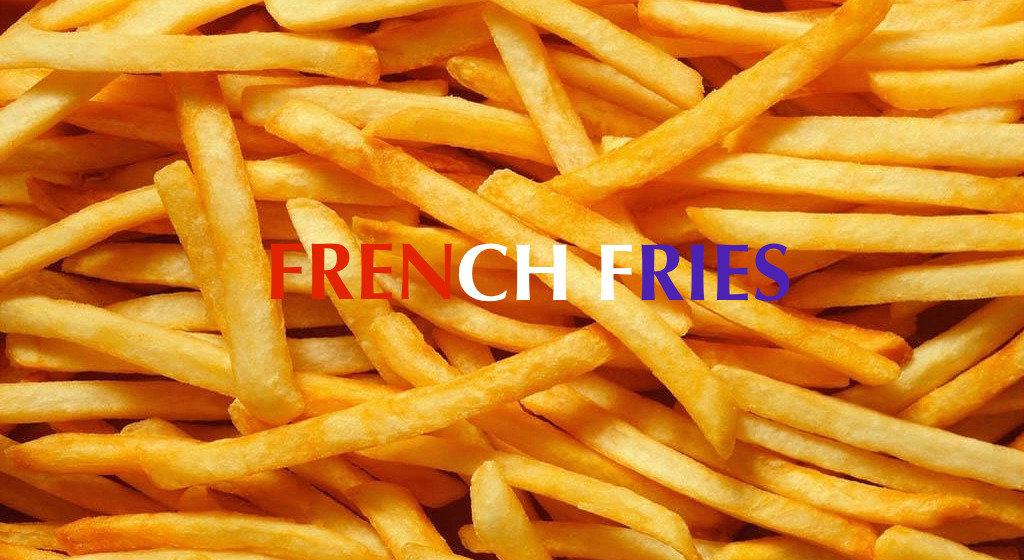 Of course the French would love to claim that they made the first french fries and add it to the (already long) list of gastronomic specialties that they’ve made.

Unfortunately for the French, it’s more complicated than simply claiming ownership of a food product with “french” in the name. Thus, a two part question: who made french fries, and, if the French weren’t first, then why are they “french” fries?

Many Americans (and others) falsely attribute fries to France. Re-dubbing french fries “freedom fries” because of France’s opposition to the Iraq war no doubt reaffirmed the attribution of french fries to France. However, the general consensus is that they’re Belgian. There’s a theory that, in effect, confirms that french fries date back to the late 1600s in an area that later became Belgium. (The French only discovered the benefits of the potato when doctor Antoine-Augustin Parmentier came on the scene in the 1770s. Growing potatoes in France was forbidden in 1742, and it was only after an elaborate lobbying campaign by Parmentier that the law changed in 1772. Potatoes weren’t widely eaten until 1795 when there was a famine.)

So why “french” fries and not “belgian” fries? Here, smoke (from the fryer) obscures the truth a little bit more… First there’s the “Old Irish” theory, according to which french fries have nothing to do with France, and it’s only an issue of words sounding the same. Apparently, in old Irish, “to french” means “cut into pieces.” So after the Great Famine (1845-1851), the Irish left Ireland for the US, Canada, and other anglo-saxon countries, bringing with them the term and concept of “french fries.” But…

We couldn’t find a french fry specialist to confirm this theory. Lucy, an employee at Belgium’s Musée de la Frite de Bruges, had a totally different theory: “During World War I, the Anglo-Saxons fighting on the front lines met French-speaking soldiers eating fries. The Anglo-Saxons thought the soldiers were French, even though they were Belgian!” For the Anglo-Saxons, it was obvious that the French-speakers’ delicious potato sticks should be credited to France. “That’s how they started being called french fries,” explained Lucy on the phone. But…

Without wanting to criticize our Belgian expert too much, this explanation is more urban legend than fact because the idea of a “french” fry had been in the US before WWI. President Thomas Jefferson spent five years in France in the late 1700s as the American Minister to France, and, according to National Geographic, Jefferson had his slave James Heming trained as a chef because he loved French food so much. Jefferson and others transcribed recipes for vanilla ice cream, macaroni and cheese, and fried potatoes, which were recorded as “pommes de terre frites à cru en petites tranches“. Jefferson returned to the US and became president in 1800. During a dinner at the White House in 1802, he asked his French chef, Honoré Julien, to serve his potatoes “in the french manner.“

So, Thomas Jefferson brought the recipe to the US, but did he popularize the term “french fry”? No. “French fries” certainly existed in the US during the 19th century, as we can see from recipes in 1800’s cookbooks, but Jefferson died before the term became widely known to the public in the 1870s, and popular in the early 1900s. According to Food, Inc., fries were popularized by WWI soldiers returning from Europe and drive-in restaurants. In any case, one thing is for certain: it’s the success of fast food in the US that increased the consumption of french fries all across the globe.