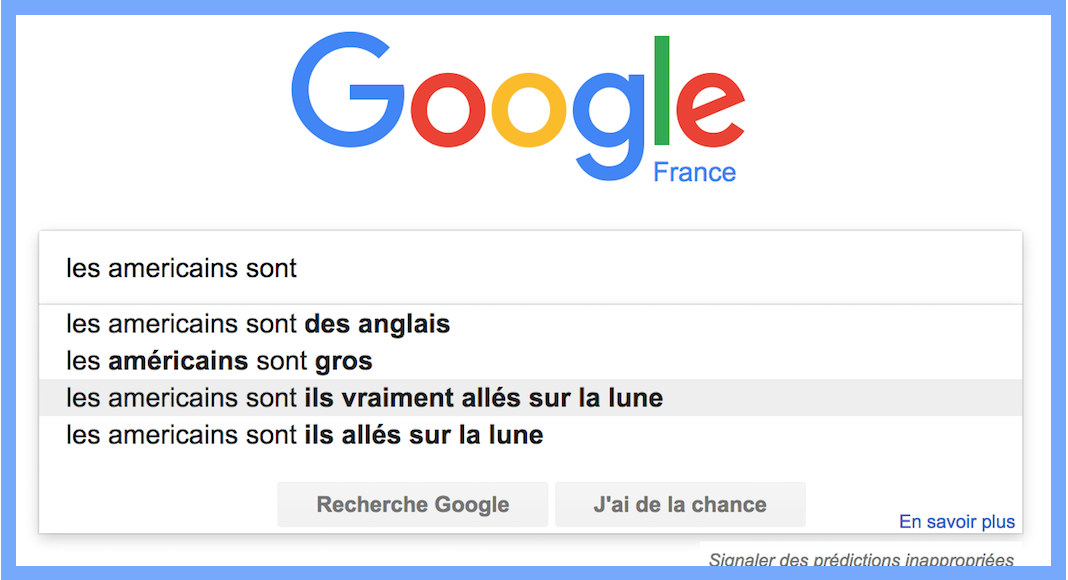 Google is everyone’s pocket genius. It offers answers to our dumb queries, spelling errors, and medical concerns. It also learns what everyone else wants to learn, then suggests that you learn it too via auto-fill.

So if Americans think France is maybe a country who might need saving, what does the United States look like to the French? French Google has the answers.

French people want to know where classic American things come from, like the American dream, football, our accent, and rap

They want to know where we go on vacation, where we travel, and where we live in France

They want to know if Americans can go to Cuba, and can we drive in France

Questions about perceptions of France

They want to know what Americans think of Macron and France, and what we’re jealous of France about (ha!).

They want to know our feelings about Macron (again), French rap, soccer, and the climate

They wonder what Americans think of the French, do we believe Europe is a country, and generally what we think.

They want to know what our government is, and if we’ve always been a world superpower, and if we’re secular (kind of)

They want to know how the US became a superpower, and how we fought off the commies

They want to know if the US is going collapse, and also attack literally everyone

Despite all of the questions about when we’re going to attack other countries, they still want to know how to live in, immigrate to, and work in the US :’)

And, best of all, they want to know how to become American, speak American, and be American :’)