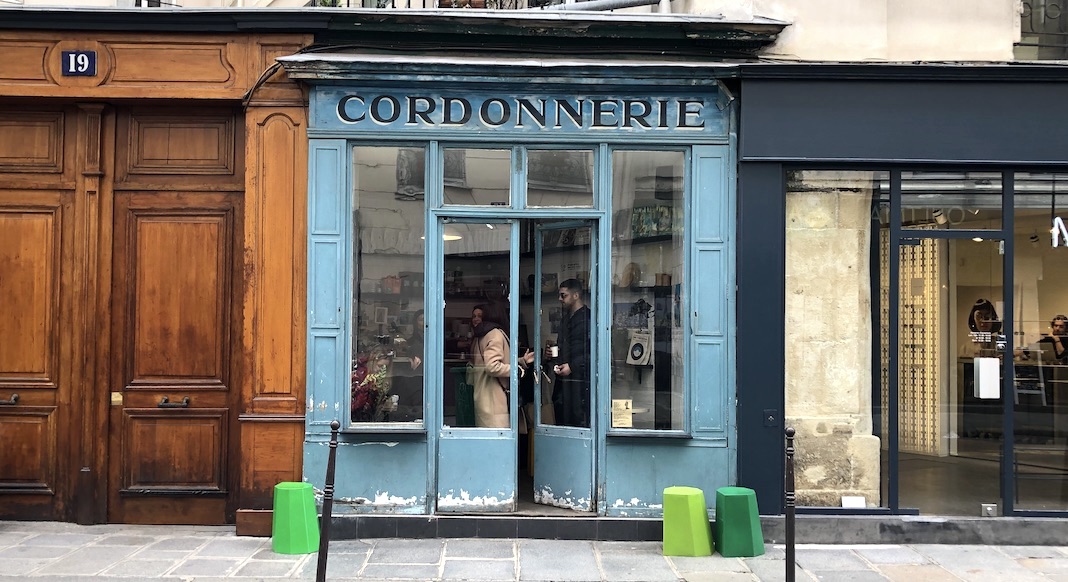 If you absolutely don’t want to do something and it’s simply not possible, “c’est mort” [say more]. You’re basically saying that something is dead or like death. If you had all-you-can-eat sushi for lunch and your friend suggests you get all-you-can-eat Korean barbecue for dinner, tell him, “non, c’est mort,” then suggest you go to a place that serves salads.

“Dans le rush” [don le rush] is Frenglish at its finest. It means to do something ASAP, or as a rush-job. If you want the guy in your Paris office you’re working on a project with to get you that sales report ASAP, message him, “On est dans le rush, donc il faut que tu m’envoies le rapport très vite.

A basic yet important pair of words to know, “sur place” [soor plahss] means “here.” This is essential for when in a pâtisserie and the girl behind the counter asks if you’d like your pastry “à emporter ou sur place?” To best enjoy the atmosphere, you’ll of course respond, “sur place, s’il vous plaît.”

When you want to say “let’s go!” but also specify where you’re going, say “direction [location]!” [dee-recsheeon]. For example, if you’ve been given the task of choosing the bar you and your coworkers are going to for un afterwork, as you’re leading them out of the office, you can say, “Direction le Perchoir!”

A fun and easy expression, “une envie pressante” [ewn ahnvee preh-sawnt] means “a need to pee.” (It can also mean the other reason you need to visit the bathroom, but mostly it’s a need to pee.) If your friend wants to run home from the Métro to her apartment after a night out of drinking and dancing, she might explain her behavior by saying, “j’ai une envie pressante!”

“Chômage technique” [show-mahj tek-neek] is a handy expression to know because it gets you out of work; it means to be forced to not work. It can be used seriously (as a company would use it) or jokingly. So if there’s a fire in the break room at your office, you might get a few days off while they repair the damage, in which case you can seriously tell people, “je suis au chômage technique.” You can also use it in a funny way, like if the internet is incredibly slow, you might say “chômage technique” to your colleague and start a game of solitaire on your iPhone.

Swimming is such a common activity in France that the phrase “j’ai piscine” [jhay peeseen], or “I have swimming,” has become the de facto generic excuse that everyone knows is a fake excuse. Or when your coworkers want to go out after work and all you want to do is go home and watch Netflix, tell them “je peux pas, j’ai piscine” on your way out the door (they’ll know you don’t have swimming, but it’s an endearing way to get out of something!).

This noun, “un(e) touche à tout” [toosh ah to] is the equivalent of a Jack-of-all-trades, meaning someone who is good at everything. For example, a job interviewer may ask what your current responsibilities are, and after you rattle off about 10 things, you could say “je suis une touche à tout.” There’s also a verb form of the word, “toucher à tout,” which means to be good at everything. For example, you could be in the middle of a discussion about Elton John, how he’s a singer, songwriter, pianist, philanthropist, and AA sponsor of Eminem, and say “il touche à tout.”

Okay so maybe you don’t need this word, but it’s good to know. “Michto” [meeshtoe] means “gold digger,” and it is unfortunately only used to describe women. It’s short for “michtonneuse” and it used to be another word for a prostitute, but the word has evolved to mean women who date men for their money. If your very wealthy friend Laurent is being pursued by a woman who only wants to do expensive activities together then push the bill his way, you might consider gently telling him, “c’est difficile à dire, mais vraiment, c’est une michto.”

This one comes in handy in everyday conversation. “Quelle histoire” [kell eestoir] means a crazy — in a good or bad way — or funny story (it’s literal translation is “what a story”). You can use it to respond to your coworker’s funny story about he lost and recovered his ID during a wild night out: “Quelle histoire!”

Want to learn more French words straight from the mouths of native speakers? Check out our lists of words to know from February, March, April, May, June,  July, August, September, October, November, and December of 2018.