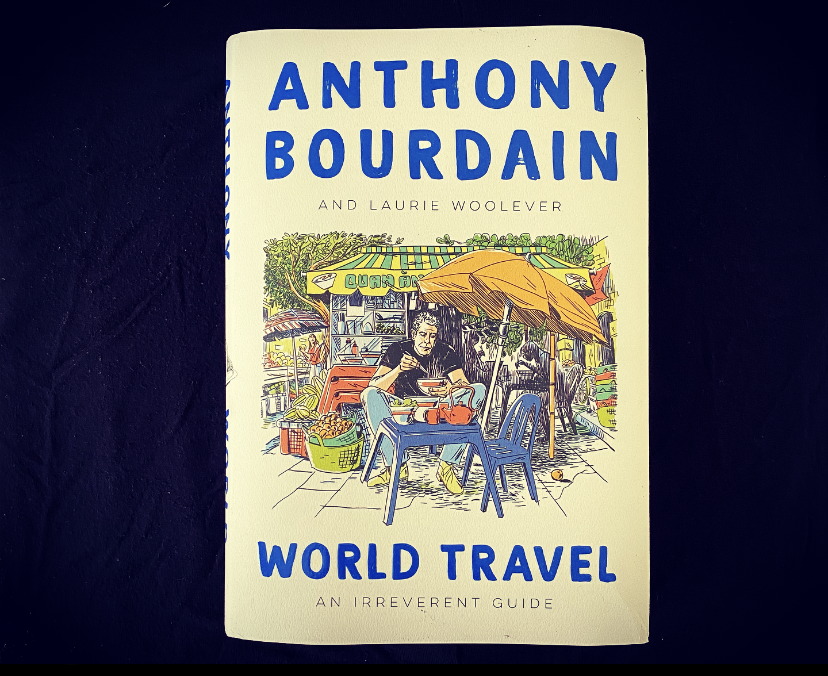 ‘World Travel’: Bourdain’s Last Book Did the Best it Could

“Did the world need another travel guide, and did we need to write it?” asks Laurie Woolever in the introduction to World Travel: An Irreverent Guide, which she co-authored with chef, writer, and TV personality Anthony Bourdain. “Co-authored” is a strong choice of qualifier, however, considering how little Bourdain, whose suicide in 2018 seemed simultaneously shocking and inevitable, was involved in writing the book.

Bourdain and Woolever, his assistant of more than fifteen years, set out to write a travel guide mere months before his death, with a single hour-long recorded brainstorming session being all Woolever could extract from his busy production schedule before that fateful June day. These notes serve as the basis for the guide, with quotes pulled from various episodes of Bourdain’s TV shows over the years: No Reservations, Parts Unknown, and The Layover. Essays are also included from those close to Bourdain. Chef and writer Bill Buford offers up his opinion that, “Lyon brought out Tony’s softness,” while brother Christopher Bourdain cites a childhood trip to Paris as the reason the whole family has a love for food and travel. “We all became enamored of, or in love with, or even a bit obsessed with, France… This is where it all started.”

World Travel visits 43 countries (and many more cities), in alphabetical order, in about 450 pages. No photos, but a few light illustrations. Each section for a particular city or region includes instructions on getting to your destination by train, plane, or taxi, the cost of a metro ticket, and how much to tip. Then, onto what we all came for: the restaurant recommendations. Some cities merit as little as two suggestions (like a dive bar and a gastropub in Dublin), while others, like Singapore, get seven eateries and a nod to Tony’s favorite hotel. The recommendations are deluged in Tony’s signature sharp-tongued commentary, which can be heard as clearly as if he were narrating from beyond the grave. Probably because, frankly, you’ve heard it before. 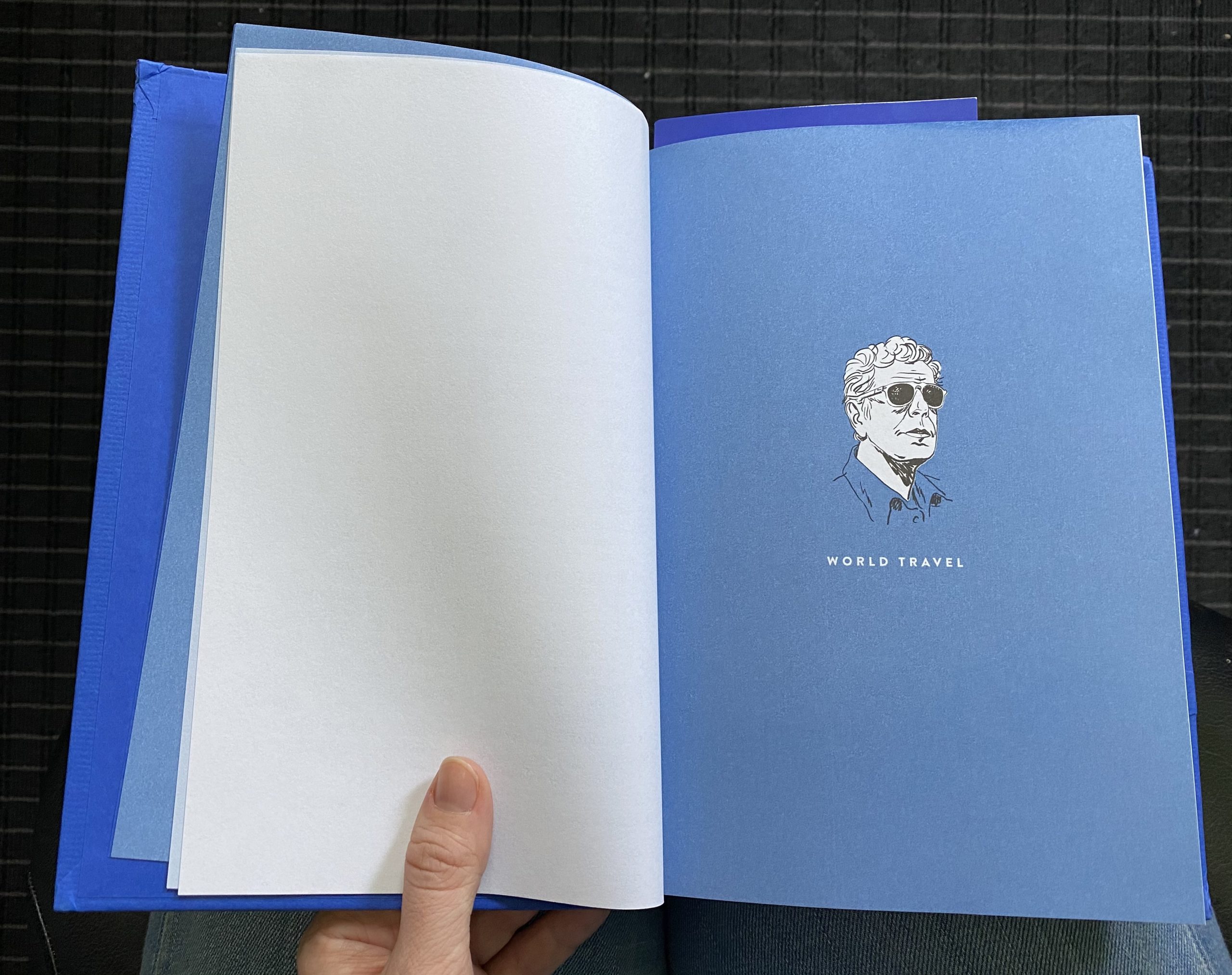 Fans of Anthony Bourdain will surely find something enjoyable about World Travel, but the borrowed dialogue feels stiff to anyone who has watched enough of his shows to hear the faint echo behind them, the sense that, “Haven’t I seen this episode before?”

It also takes a highly impractical approach to the travel guide. Much of the logistical information included could easily be found online, and takes up a lot of space compared to the food recommendations, which should be the real meat and potatoes of the book. The reviews feel skimpy in comparison. Imagine if a food writer spent ten minutes telling you how to get to the airport, and only two telling you where to go for a good meal.

That being said, Tony’s “best of” destinations do not disappoint. They range from where to get the meatiest meats in Argentina, to where to buy the dankest ganja in Seattle. Highbrow, lowbrow, and everything in the middle (yes, we’re talking giblets), Bourdain’s love of food is expansive and indiscriminate. And yes, his chapters on France (Chamonix, Lyon, Marseille, and Paris) display a particular pet love from this famous Francophile. “…I think this gets right to the kernel of what distinguishes the French,” says Bourdain about the Parisian café. “Once you allow your senses to guide you, you may begin to find pleasure in many things you would ordinarily overlook…”

To answer Woolever’s question: no, the world did not need another travel guide. But no one will fault you for wanting to get one more book out of a man who gave us so much to read, watch, and savor.