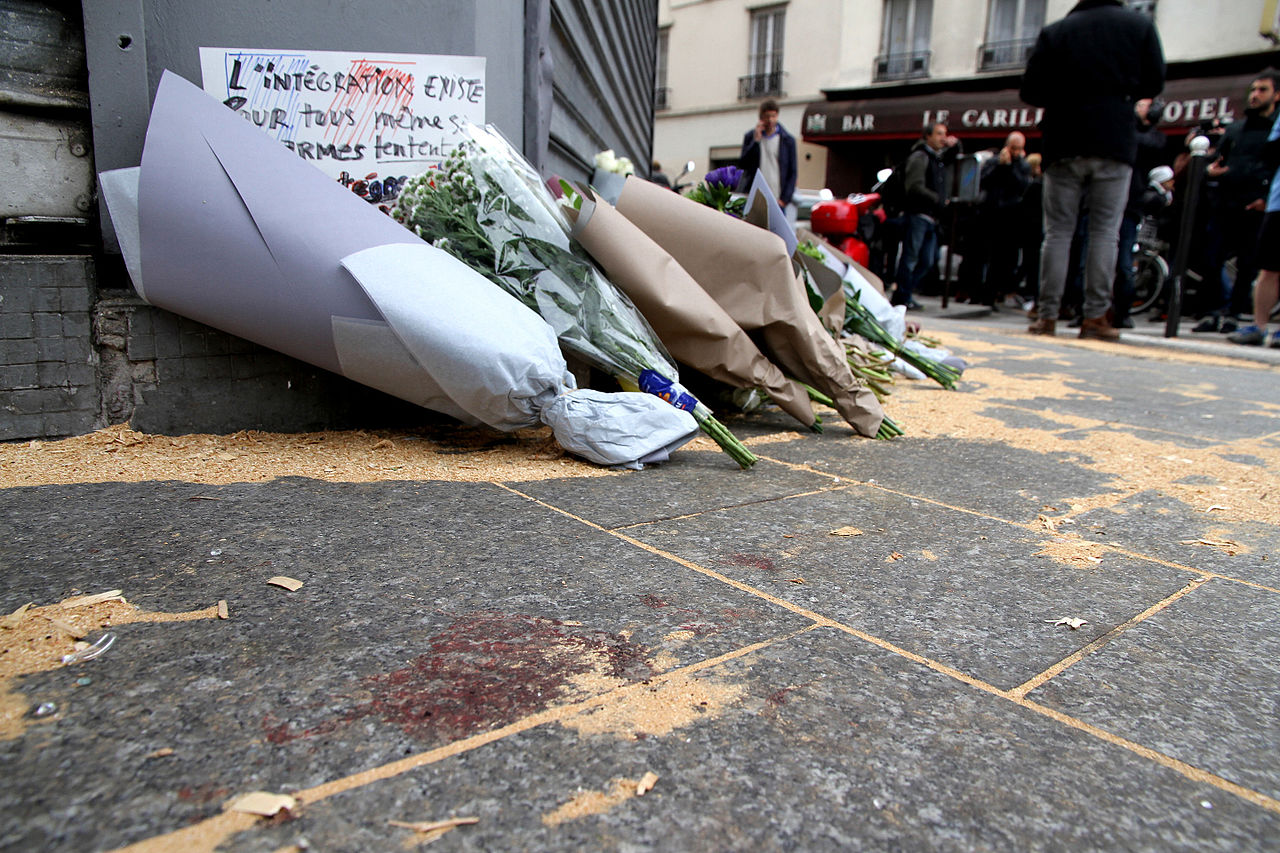 Why Was Paris Attacked?

The question is obvious, but the answer isn’t: why Paris? It has a generally unearned reputation for rudeness, sure, but why would terrorists plot and coordinate in Belgium to attack France? What is Paris that Brussels is not?

Paris is a target for terrorists for the same reason it’s a target for tourists. 83.7 million people visited France in 2014, accounting for 7.4% of international tourism that year, outstripping the United States as a tourist destination by nearly ten million arrivals. The global view of Paris as a progressive, dynamic city full of all the wine, cheese, and sex a human being could imagine makes it an attractive place to sojourn. If you want to strike at the symbolic home of global finance and free market capitalism, you attack New York City. If you want to strike a symbol of life itself, of the joy of living, you attack Paris.

Paris is a target because it is the capital city of a country that has committed itself to fighting jihadists on a global scale. In the war on terror, France’s partnership with the United States on anti-terrorism efforts might win the country points in the Western world, but among the people of Iraq, Syria, and the Levant, for example, conducting air strikes and sorties against what’s become known, simply, as Islamic State, makes France itself a combatant in what IS sees as a war. President François Hollande echoed that view in his statement following the Paris attacks, calling them an “act of war.”

France has also not shied away from touting its stance against Islamic extremists worldwide. “France has been singled out by various Islamist outfits, from Al Qaeda in the Peninsula to the Islamic State, as a prime target. It has really stepped up to be a bit of a policeman,” Henry Samuel, the Telegraph’s Paris correspondent told BFMTV.

France also has one of the largest Muslim populations in Europe, but arguably, one of the worst relationships with that population. The situation for many Muslims in France, in a socioeconomic sense, is not enviable: in 2008, the Washington Post reported that 60-70% of the prison population in France was Muslim, despite Muslims only making up 12% of the population (a 2010 Pew study put France’s Muslim population at 7.5%). Despite that staggering number, a Reuters story in 2014 reported that only 169 Islamic chaplains were available to inmates, not nearly enough to keep up with the demand placed on them by such a high percentage of imprisoned Muslims. It’s a disparity mirrored by the disproportionate number of African Americans in prison in the United States, which the Federal Bureau of Prisons pegged at 37.7% of the prison population in October of 2015, indicating, perhaps, the degree to which both governments and societies have failed these demographics.

[Unrelated, but interesting: in 2013, Americans were slightly more likely to stay in a hotel in Paris as spend time in a U.S. prison—1.6 million visited the City of Light in 2013, while 1.57 million were in prison.]

On the outside, too, hundreds of disenfranchised French Muslims have fled the country to join IS, according to Khalid Belkhadir, an imam from Carpentras. Official figures tally 571 French nationals who have left the country for Islamic State; 245 have since returned, and 141 have died. One imagines the defectors bring with them the heavy baggage of life in France, where cartoonists draw pictures of the prophet Mohammed, where the Front National is vehemently anti-immigration, where the entrenched ideals of secular society have led to the banning of the burka.

These are, of course, a small segment of an almost entirely law-abiding demographic—the same of which can be said about any demographic in France, in Europe, or in the world. A 2005 FBI report compiled by Princeton University’s Loon Watch ascribed 6% of terrorist attacks in the United States to Islamic extremists, putting them right between the 5% committed by communists and the 7% by Jewish extremists. Loon Watch took another Europol report and extrapolated that, from 2006 to 2008, only .4% of terrorist attacks in Europe could be pinned on Muslim extremists. Think Progress, compiling data from 2009 to 2013, could attribute less than 2% of terrorist attacks in Europe to religious motivations, and that number is across all religions.

And yet, fears of Islamic extremism, of terror attacks perpetrated by Muslims, seems at an all-time high.

These are all contributing factors to why Paris was targeted by the terrorists on Friday. But in the final accounting, there’s only one reason why Islamic State would strike at such a vibrant city, at such a youthful section of Paris, at the time and in the places where Parisians were drinking, eating, listening to music, watching football, and living their lives.

Paris was attacked because, to the Western world, the Islamic State is a danger to the people in the region and few outside. Because to strike Paris is to elicit a response larger than France sending an aircraft carrier to help carry out airstrikes against IS. Because what the caliphate wants from the Western world is validation, engagement, and, ultimately, a war between the secular world and the Islamic world. Because they are such a small minority compared to the West, compared to the number of peaceful Muslims in the world, they need to amplify their actions by targeting a city that everyone knows, that many love, that millions visit every year, that people from all over the globe call home.

They attacked Paris because, like New York, it’s a city that belongs to the entire world. And if you want to start a fight—really start a brutal donnybrook with the toughest kids on the block, the ones who have been pulling their punches to keep from putting you in the hospital on the critical list—you find one of their sisters, the youngest, prettiest one you can, and you beat her up. You shoot innocent civilians enjoying a drink with friends, young kids seeing a concert performed by an American rock band, noisy spectators cheering both sides at a friendly international soccer game.

They attacked Paris because, despite France’s internal tensions and international military actions, attacking Paris seemed unimaginable, because the Islamic State knew it would be impossible not to notice the City of Light being plunged into darkness.