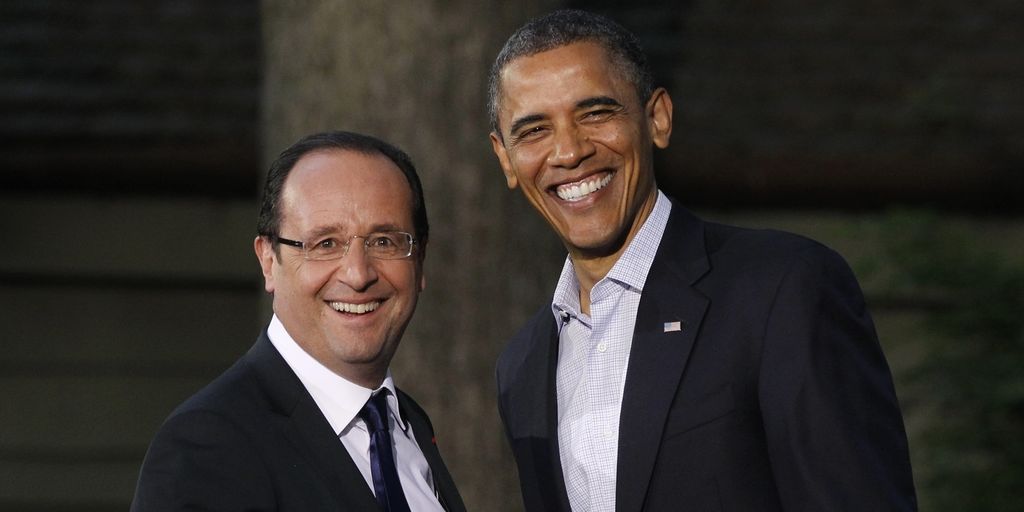 The 21st annual Conference of the Parties, that diplomatic consortium that has released albums under the less successful band name Kyoto Protocol, convened in Paris to combat climate change. An onerous group to host for a city already reeling from geopolitical tension—here’s the week that was:

Sunday, protesters intent on rallying against inaction on global warming clashed with police, who used tear gas and batons to disperse the crowd before arresting around 300 people. Public demonstrations—manifestations, as the French call them—have been banned since the November 13th attacks.

On Monday, noted Putin penpal and Syrian president Bashar al-Assad told Czech TV that “France supports terrorism and war, not peace,” which is why he wouldn’t want to go to Paris to sign any deal ending the four year-long civil war that has killed as many as 88,000 civilians. For his part, President Hollande said that Assad “has been the problem—he cannot be the solution.”

Tuesday, Hollande celebrated the day two of the COP21 summit by promising $2 billion of a promised $6.4 billion aid package to Africa would help develop renewable energy.

If Tuesday hasn’t been scary enough, the fear created by terrorism is like hot, standing water to nationalist bacteria, and there is mounting pressure to stave off any gains Marie Le Pen and her Front National might make in upcoming local elections.

By the way, if you’ve seen 1,600 missing anti-mole explosive devices, the Rhône police would like to speak with you.

Wednesday, four “radical” mosques in France were shuttered by authorities. 22 people were barred from leaving the country, while 9 were placed under house arrest, a new favorite pastime of French police.

On the other hand, the owners of Le Bataclan and Le Petit Cambodge both vowed to reopen after the attacks, the former saying that the venue would not become a “mausoleum.”

French PM Manuel Valls, who is absolutely bonkers about football, said that there was “no place” on the French national soccer team for Karim Benzema in the wake of his sex tape blackmail scandal.

Nicolas Sarkozy said that an alliance between Les Républicains and the Socialist Party was out of the question, even if it would help stem any ground gained by the Front National in Sunday’s elections.

On Thursday, speaking for his part in the scandal, Benzema plead “misunderstanding” in the case, saying that he was simply trying to help. “It drives me crazy to hear the word ‘blackmail,'” he told TF1. “It’s ridiculous. I am not guilty of anything. We never, ever discussed money.”

However, the French government did discuss money, announcing a competition to build an electric car that costs around $7,500, all but disqualifying Tesla from the contest.

The Paris attacks, by contrast, cost about €30,000 to put together, according to Finance Minister Michel Sapid revealed.

On Friday, three weeks after the Paris attacks, À La Bonne Biere became the first of the terrorists’ targets to reopen. “It is time for us to gather together again, united, and to go forward in order not to forget,” a chalkboard sign outside the restaurant read.

The COP21, now in its 21st season on television, may follow in the footsteps of its nearly two dozen predecessors: agreements made will be subject, at least in the United States, to parliamentary-level sabotage by halfwits.

A truck passing through Calais was spotted with a bit of pork impaled on it to keep Muslim refugees from attempting to stow away on board, which, honestly, would keep most people from going anywhere near the truck, religious dietary restrictions aside.

The driver should’ve gone with foie gras: the Japanese have banned it over fears of bird flu contagion. More for the French, one hopes.