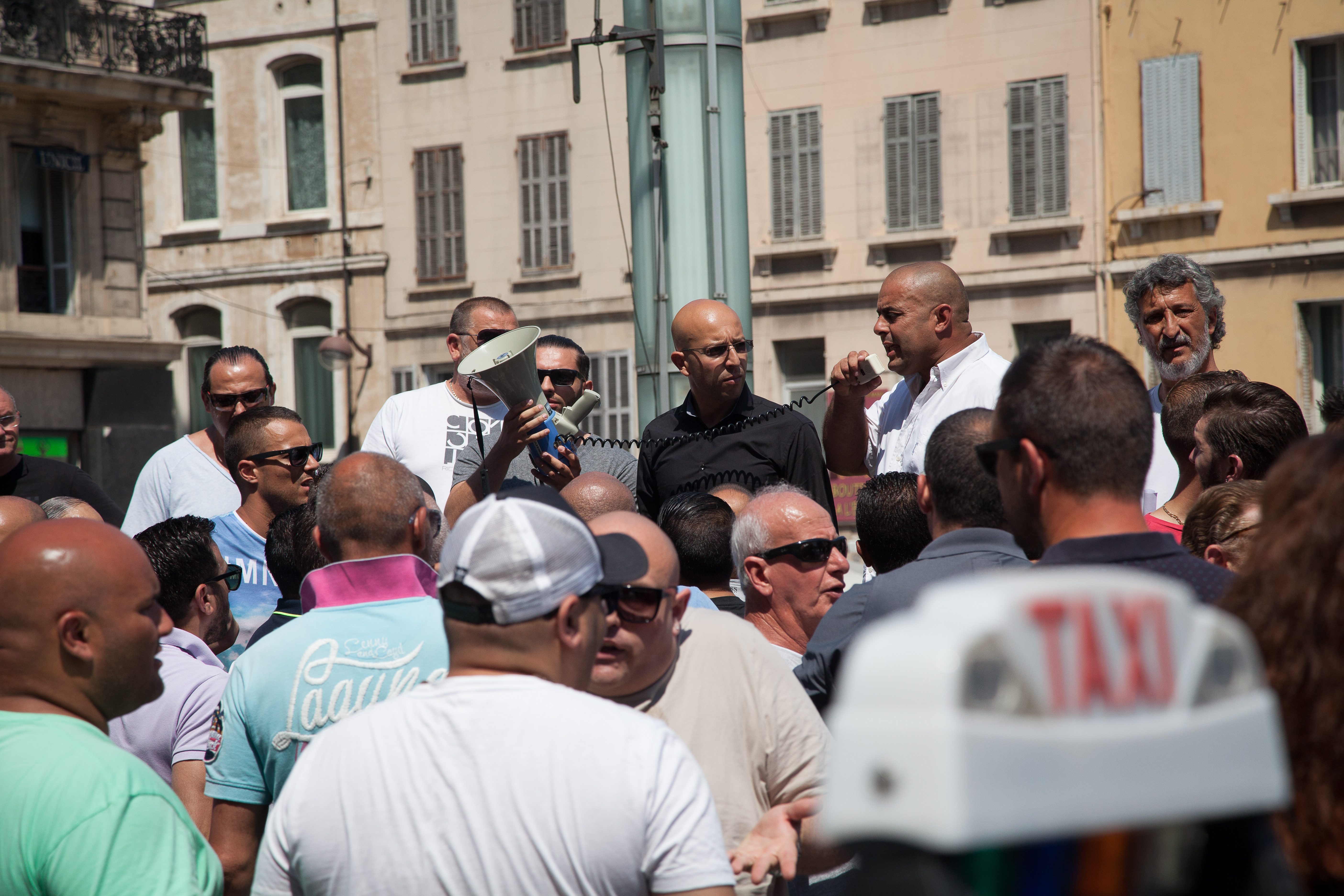 It’s a video that’s made the rounds of the French news and it’s easy to see why: Marseilles taxi drivers angry about competition from UberPop drivers, apprehend one and hold him hostage for a solid 12 minutes. The tension is high and the drama is real. It’s the stuff of which reality TV producers can only dream.

Here is the situation: French taxi drivers are a highly-organized bunch who have paid a lot of money for the right to ferry passengers around their cities. To preserve demand, they keep a tight lid on a very limited number of taxi “badges” exist. The result is that it’s very hard to get a cab when you need one and that becoming a taxi driver involves a huge initial investment from a new driver — an investment that then becomes the old driver’s retirement plan.

UberPop is about to upend all of that. It’s a familiar story: someone invented a newer, more efficient and increasingly virtual (read: impossible to regulate) way of doing things. In the shuffle, people whose plans for life were laid in a different world are angry and demand that something be done. But it’s pretty rare that we get to see the action play out in such real terms.

Here’s a rundown of the video:

Act 1: Marseille taxi drivers spot an UberPop underway and surround the car. Several men let the passenger out and deflate the rear tires, after which the camera shifts to the driver. He is on his cell phone and at some point complains of back pain. “We haven’t touched you,” says a man’s voice before someone — presumably the cameraman — says, “I’m filming the whole thing so you can’t sue us.”

Act 2: In the car, the taxi drivers force the UberPop driver head to a new location. During the ride, they explain their problem with him. Did you purchase a badge? Are you regulated? No. “So what you’re doing is illegal,” they say, “It’s like if I stole your car with your GPS in it and everything. Ok?” They keep telling the driver not to worry, that it’s not complicated, that they won’t hurt him.

Act 3: When they tell the driver to stop the car and get out, the camera (which has been recording nonstop since the beginning) reveals that they car and driver are now trapped in the middle of a crowd of very angry taxi drivers. “Stay calm, guys,” one of the taxi drivers from the car pleads. “Don’t touch him! Make sure you don’t touch him!” A few drivers confront the UberPop driver (very visible in an orange shirt) verbally. “This doesn’t matter to you? Well it matters to us!” says one driver. It’s mostly talk and a few heated gestures until someone smacks a raw egg on the UberPop driver’s head.
Watch the full video below: