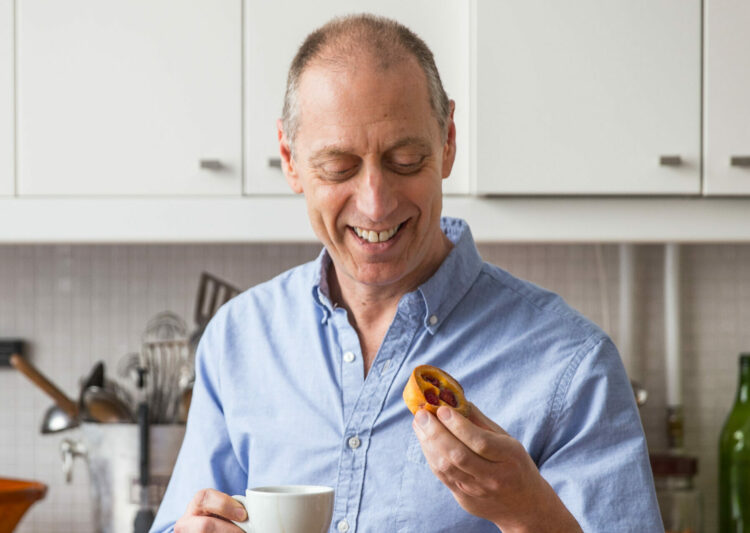 The 18th Century politician, epicure, and, arguably, the very first food writer, Jean Anthelme Brillat-Savarin said, “tell me what you eat, and I’ll tell you who you are.”  David Lebovitz, inarguably the most influential American gastronome in Paris, tells us all about the French by not only what they eat but also, with his last book, Drinking French (Ten Speed Press), by what they drink.

Drinking French is organized into five sections; Café Drinks, Aperitifs, Liqueurs & Infusions, Cocktails, and Apéro Snacks.  Each section focuses on a drinks (and one food) category with details of how, when, or where they are made and consumed. It’s peppered with fascinating ingredient history, artisan profiles, historical and cultural context.

When we met over coffee recently (via Zoom) I noticed he has the engaging smile of a man who sees the (wine or whiskey) glass as half full. He told me, “as I started to research [a cocktail recipe book], I realized it should be more about how the French drink, since it’s so much a part of life here.”

David Lebovitz possesses a surprising sense of calm and grace for such a perennially busy “barman,”pastry chef, baker, blogger, food writer, cook-book author, social media influencer, and chef.  He wasn’t always a chef. But he was always drawn to good food, drink and all things French. After college he spent “a year traipsing around the continent doing nothing in particular except learning about European cultures, primarily by pulling up a stool or chair and eating what the locals eat.”  With no clear career plans, the new French-influenced “California Cuisine” lured him back home and out to San Francisco, where he landed a job at Alice Waters’ world-famous Chez Panisse restaurant.  There, mentor and Executive Pastry Chef, Lindsey Shere introduced him to a world of French flavors by giving him recipes from French cookbooks to work on.

After he moved to Paris in 2003, Lebovitz started writing about his Paris experiences, transitioning his award-winning website into a blog. “At the time a blog was a new platform, and a very good format for doing that,” he told me. Lebovitz engages with his loyal and ever-growing audience  (293K on Instagram alone) like a friend he’s invited into his kitchen, for a stroll to the market, a drink at a bar, or bite at a café; he generously and casually shares his thoughts, insights, recipes, and advice for where to find the best ingredients.

But it was over twenty years ago when he was living in San Francisco working at the famed Alice Waters restaurant in Berkeley, CA, Chez Panisse, that Lebovitz developed his appreciation for mixed drinks, he told me.  “There was this moment, as I was watching a bartender, when I realized he was doing the same thing as a chef except through drinks, combining ingredients to come up with something completely different.” Since then, while out on the town in Paris, he made the connection between his training as a chef and the craft of the cocktail. 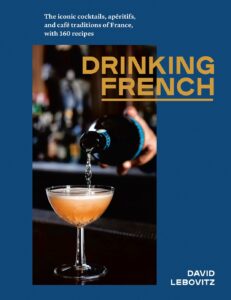 He said, “ I was getting into cocktails more as great bars began to open [here].  France has centuries-old savoir faire for making these artisanal spirits and drinks ingredients, but when it comes to creating cocktails, it’s not in their wheelhouse, most cocktails were created in America.”

The book opens with the “Café Drinks” section which, in addition to coffee recipes, includes hot chocolates, teas, and spiked coffee drinks. As a coffee and café lover, that first chapter really resonated with me, especially this wonderfully evocative sentence: “Once the [café] lights are on, the next order of business is to flip the switch on the coffee machine. With that simple action, the day begins.”  Lebovitz goes on to write, “I’ve come to love the café culture in France, and the drinks and customs that are part of the rhythm of daily life.”  So much so, Lebovitz notes, that “cafés are the living rooms of Paris.”  Like many writers, he spends a great deal of time working alone, and he always appreciates that cafés are a place where he can work and be around people.  Lebovitz points out that, “historically artists and writers used their local café as a place to work, attracted by the heat they didn’t have at home in the winter.” These days, one of the homey benefits cafés offer, and Lebovitz took advantage of when he first  moved to Paris  was that “cafés offered free Wi-Fi, which was spotty to non-existent in apartments.” And, cafés played, for him, an important role in his becoming a member of the community he said, invoking the old saying, “the first time you’re a stranger, the second time you’re a guest, the third time you’re a friend and family.” Some of his favorite cafés in Paris, he said, are the Café Mericourt and the Boulangerie Chambelland, which is gluten free.

In all of  his books, Lebovitz addresses, with humor and sharp insight, the many (often baffling) rules and regulations the French live by. So I was curious to know if his training as a pastry chef helped him adjust to the many sets of rules in France. Lebovitz emphatically told me that it has. Pastry chefs like rules and order and the pastry chef in him likes that part of France, he said. We spoke about how people who aren’t used to all these rules and protocols can interpret some French behavior as bullying or rude.  Lebovitz told me that he learned from his partner, Romain, to be bolder in interacting with the French. He added, ” In France being confrontational isn’t a fault, it actually helps to get stuff done, but some travelers may misinterpret this.”

These kinds of cultural differences can lead to misconceptions, and, he said, that he likes breaking people’s misconceptions.  I was reminded of  some of my initial misconceptions of the French; that since they are sticklers for protocol, I assumed that they are always very orderly and punctual. (I was disabused of that notion when I saw how French people park, and, when shopping, how often I came across a sign that read, “stepped out for ten minutes”–that sign could remain up for well over an hour.) But Lebovitz said that to get along in French culture, he likes to follow three rules: “When you speak French that changes everything. Go to the same place over and over again and again, they’ll get to know you. Be respectful of customs. Be polite — ‘bonjour madame, bonjour monsieur.’ Think of walking into a shop like walking into someone’s home.” 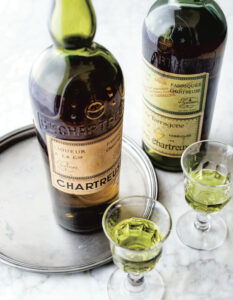 I asked Lebovitz for an example of one misconception he has noticed that Americans have about the French and food. He explained that “the French don’t always search for the most complex food and wine, and often at dinner they’ll order a simple red or white house wine with an omelet.”  Another spot-on observation he shared was that “people think that everyone in France eats these rich desserts all the time, but people eat very prudently. When you deprive yourself for a while, you appreciate them more.” (Ok, this was confirmation that I am definitely not French yet, as I haven’t learned how to deprive myself of the pleasures of French pastries.)

I have an incorrigible sweet tooth, so I was really curious to know what Lebovitz’s favorite kinds of  desserts were, even though I thought it might be a hokey a question. But he answered generously, telling me, “I like the kinds of desserts bakers eat, straightforward things like financiers, galette des rois. Tarte au citron with meringue is my perfect dessert.”  And as for the perfect cocktail that would pair with it, he suggested, “’The Last Word’ [a cocktail from Drinking French], or a glass of chartreuse.  I love chartreuse.”

Then, basking in the memories of favorite desserts, Lebovitz recalled an “aha” moment when he realized he wanted to fully commit to living in Paris: When he first met Romain they went for a meal together at good, simple bistro, Le Saint-Jean. “I’m with this Frenchman, eating an omelet, drinking wine,” he explained, and then he realized, “this is my life now!”

The Great Book of Chocolate,

The Sweet Life in Paris,