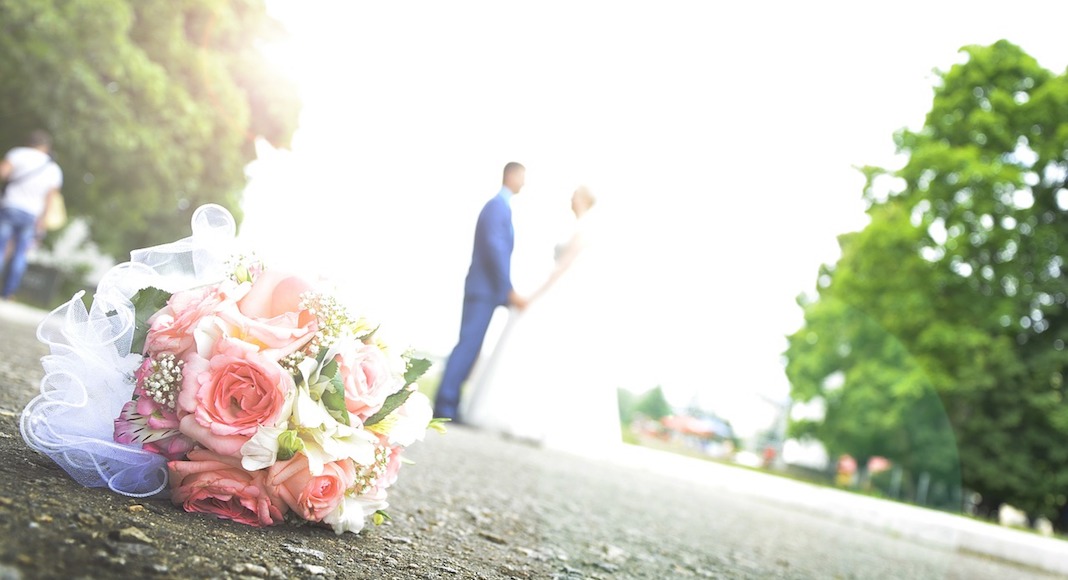 True Crime: What a Real Fake Marriage Looks Like

“I got everything,” says Julien of his wedding day, “there were about 15 of us at City Hall, everyone was excited. I found a couple of wedding rings for $60 in Chinatown and got my ‘wife’ a crappy wedding dress in the Puerto Rican neighborhood. I found a bouquet, a garter, I reserved a restaurant and printed a menu. We have a photo of us cutting the cake with big smiles, looking right at the camera.”

Julien’s wedding was too picture-perfect to be real — because it wasn’t. The couple in the wedding pictures conjured smiles for the camera with rewards in mind that had nothing to do with marital bliss. For him, a green card. For her, a pile of cash.

Staging a fake marriage for sake of getting a green card can seem simple, albeit scandalous, at first. For many people patiently working at trying to enter the United States the right, legal and time-consuming way, tales of cheating the system can also be down right infuriating.

But the story of Julien and his fake wife Erin (whose names have been changed to protect them) shows what navigating this path of deception also involves time and money, plus a whole lot of high-stakes staging and play acting. As it turns out, tricking the system into thinking you’re in love may actually turn out to be a lot more trouble than its worth, even if you don’t get caught.

The story of the 30-something Julien who fell so hard for the US that he was willing to marry a real person to stay here started when he was working as a bartender in Paris. He simply had the urge to try his luck in the US. He and his girlfriend at the time headed to New York to stay with her cousin who was already living there.

They arrived on a three-month tourist visa, though Julien had every intention of working illegally. It didn’t take long before someone came forward with the contact info of a guy who could provide a fake green card and social security number.

“It cost me $150 and it was done in two days,” says Julien. The next day he applied for a job at French restaurant and was hired under the table. His girlfriend did the same.

And so the American dream was launched but with an expiration date for three months after the couple’s arrival in the US. Julien didn’t care: under the spell of his $2,000 per week or more in tips, he fell head-over heals for the USA.

“I was making in one week what I would have made in France in one month,” he exclaims,”it was crazy.”

Too soon, it was time to return to France, and after waiting the requisite one month before obtaining another tourist visa, Julien found himself getting ready to take the plane right back to New York.

The police at JFK, noticing that his last trip lasted exactly 90 days, suspected that something was up.

“Where do you work?” said the officer.

“Me, work? No way, that’s illegal!” Julien improvised, “I’m here on vacation. I’m going to my girlfriend’s father’s house. He lives here. Look: she’s at the next counter over.”

“Ok,” said the agent, apparently buying it. “But this is the last time.” He stamped Julien’s passport, circling his arrival date in red.

Julien was soon working back in his old restaurant and it wasn’t long before he decided to throw away his return ticket. Three months later, he’d crossed the line into illegal immigration. Leaving the US now would keep him from coming back for least a few years.

At first, Julien tried to live normally. His family came to visit and he enjoyed New York life. He left his girlfriend and found another. But eventually, the situation took its toll. He wanted his life in New York to be real life. He wanted a green card.

After two years, he decided to take the plunge and pay an American to marry him. “I had no other solution,” says Julien, “Than a fake marriage.”

Fake marriage is extremely risky. In the US getting caught can mean a penalty of up to 5 years in prison or pay up to $250,000 in fines — or both.

When he described the plan to his younger American friend Erin, she hesitated a long time before saying yes. In the end, $15,000 was enough to win her over.

“The deal was $5,000 when we marry, $5,000 when I get my green card, and $5,000 when we divorce,” describes Julien. A lawyer specializing in bi-national couples — who does not know about this article — helped them get their paperwork together.

On the day of the wedding, the celebration is real. “It was deliverance, I saw the light at the end of the tunnel,” says Julien. “we had a big party, it was a great feeling.” Immediately, Julien took up residence with Erin on paper. He subscribed to magazines at her place, got a phone line, and they paid their taxes together, and starting to build a file of proof.

The entire time, Julien continued to live in his own place, with his French girlfriend who, for her part, was in a parallel process of fake marriage with an American man. “A friend of a friend,” explains Julien.

“I know a ton of French people who have done this,” explains Julien, “So it doesn’t shock anyone. My parents know, too. But what can they say? I told them I can’t do it any other way.”

Four months later, Julien received his temporary work permit and a letter inviting him to the immigration interview — an infamously stressful moment for prospective green card holders. There are tales of trick questions, so even couples who are legit feel like they need to prepare: what are his favorite books? What is her favorite song? Which side of the bed to you sleep on? Where are the pots and pans kept in the kitchen?

On the big day the couple showed up at immigration services. “It was immensely stressful,” remembers Julien, “I smoked a whole pack of cigarettes in ten minutes. I was sweating. And I’m someone who’s pretty chill in real life. But right then, I couldn’t get over it. Erin couldn’t either. We had to look at it like a show. Even in the waiting room we were playing the excited couple because we figured there would be cameras everywhere.”

Julien had been wearing his ring nonstop since the wedding, so that there would be a mark if ever the interviewer should ask him to take it off.

The couple had also taken care to collect photos showing their lives together. “This one was in a restaurant, that one was at a party where we were wearing disguises. Do you see how we’re looking at each other, like partners in crime? Seriously, we look like a real couple. Look at me barbecuing with her dad,” says Julien, scrolling through pictures on his phone.

On one photo, Julien is warmly kissing his “mother-in-law” on the cheek. “I just asked Erin to get the camera ready to take a picture and I kissed her really fast without warning her. She didn’t know. She just thought I was a friend.”

The interview came off perfectly and three weeks later Julien got his green card in the mail. Right away, the feeling of freedom set in: he could now leave the US without worrying about being able to return. To celebrate he took a vacation in the Caribbean.

Today, Julien is ostensibly safe. He still keeps a key to Erin’s apartment with his wedding rings attached to it, just in case the authorities show up unannounced.

The divorce should take place in a few months. “I’m anxious because all that is pretty fucking annoying in the end,” he says. “I don’t know that I would do it again. It really stressed me out and I have a ton of white hair because of it. But it was my only chance of staying here.”

And staying here is one thing Julien doesn’t regret at all.