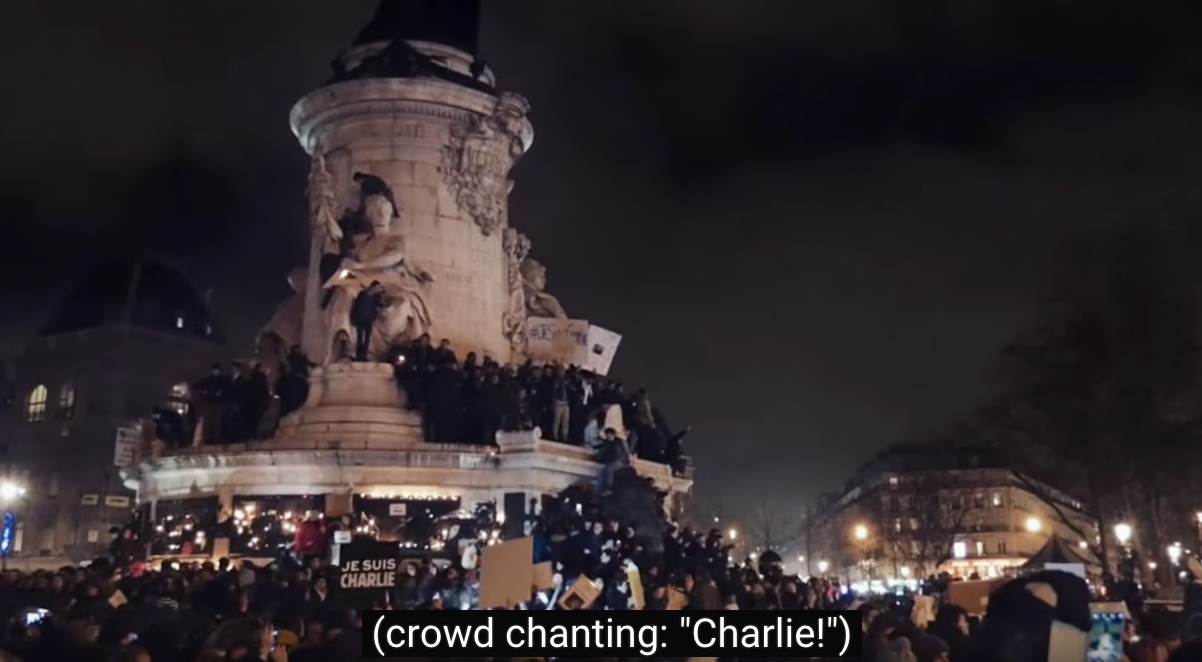 “In 2015,” the opening title card of Google’s Year In Search video reads, “the questions we asked revealed who we are.” This year, the French were:

Unaware of the thug life: coming in right below “COP21” in definition searches, the French were eager to define—and subsequently respect, maybe—the thug life. Unfortuantely, Google thought that meant the rap group Tupac Shakur was in, and not the life itself. After that, the French wanted to know who Daesh was, who those topless protesters were, and what Americans are talking about when they say, “LMAO.” Somehow, they also had to look up “carpe diem,” probably because no Frenchman or woman ever needed to be told to seize the day.

Wondering what made the world so Jurassic: For news, the French searched for “Charlie Hebdo,” “Attentats Paris,” and “Tour de France,” before giving up on the world and its news in general and googling “50 Nuances De Grey,” yet another English film title that positively does not work in French.

Uninterested in French films: aside from La Famille Bélier, the top ten films searched for were all American, from Fast And Furious 7 to American Sniper (Jingo Unchained) to the very respectable Birdman. Spectre slipped onto the list, probably thanks to new Bond girl Léa Seydoux. Star Wars didn’t make it into the top ten, which casts doubt on whether the French really deserved to get the movie two days earlier than the rest of us.

Likewise uninterested in French television: sure, we stole All In The Family from the BBC, but the French are googling to hell out of Game Of Thrones, Walking Dead, and even Netflix/Marvel shows Daredevil and Jessica Jones. Of the three TV shows that weren’t American, one was was Japanese (Dragon Ball Super), one was based on a book by American novelist Harlan Coben (Une Chance de Trop), and the third, Clem, is about a sixteen year old who gets knocked up, so it’s spiritually American.

Already aware of Marine Le Pen: no need to google France’s most contentious politician—the French were painfully familiar with her. Myriam El Khomri, however, the current Labor Minister, was at the top of the list, along with Socialist Michel Rocard and UMP pals Nicolas Sarkozy and Jeannette Bougrad. Meanwhile, Trump was #1 on the U.S. list of politician searches, and #4 for people searches in general. We know him, we love him, we need to google what lunatic thing he did this week. U-S-A, U-S-A, U-S-A!