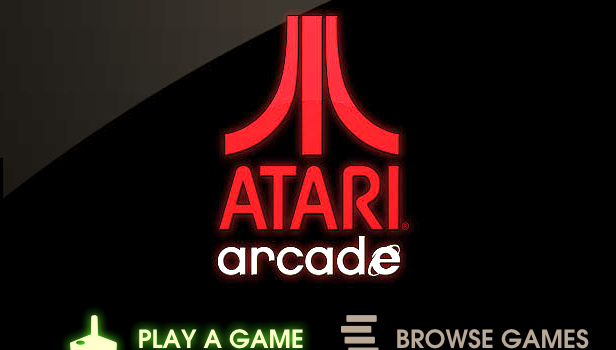 It was in 1972 that Atari released the now-classic video game Pong, an answer to a challenge that software engineer Nolan Bushnell gave himself: create an arcade-style game so simple “any drunk in any bar could play.” Just 5 years later, Atari began selling one of the first gaming consoles for homes, the Atari 2600.

It was the beginning of an explosion in video game technology where one console eclipsed another until we all ended up with tablets and smartphones. Now, one French entrepreneur is betting that someone out there remembers Atari  and wants to revisit the good old days with the beloved games resurrected — and maybe even a console.

The Atari offices in Manhattan now house some 20 employees, with their friendly CEO Frédéric Chesnais heading things up from the conference room. His long table is covered in spreadsheets and he knows what remains important about his company, “Atari is a real brand,” he tells French Morning, “A brand that makes people dream, that brings back fond memories.”

When Chesnais took over Atari two years ago, the company had gone through several re-structurings and a bankruptcy since its early 80s hey day. Despite the fact that it would mean a major cut in pay to head-up the brand, Chesnais, “didn’t hesitate for one second.” He explains, “The challenge was to show that we could do better, but also the potential of the brand, which is still under-developed. There’s an opportunity to create interesting products.”

His first job, though, was to make Atari profitable again. With a hugely reduced staff and production outsourced, Chesnais has been focused on putting out gaming platforms and applications for the fitness and virtual casino market. “We were in a bankruptcy situation here in the US and we took a year to get out of it.” Once the company is solid, though, the CEO has his eyes on the prize, “What I’m interested in is re-creating the games. That’s what gets me out of bed in the morning.”

So far, so good: Atari announced $7.6 million in earnings for the first nine months of 2014/2015, compared to $2.3 million over the same period the previous year. Now Chesnais hopes that an imminent online release of classic games like “RollerCoaster Tycoon,” “Alone in the Dark,” and “Asteroids” will boost the upward trend.

“We have a lot of territory where consoles don’t exist yet, and where telephones are not as good as what you can find in the US,” says Chesnais of Atari’s target market, “We have technological progress to make but above all we have a whole demographic that isn’t playing games. Over 40 years old there’s a huge hole, especially among men. It’s a question of generation.”

“We’re still working. The first classic games are going to come back, but it takes time,” continues the CEO. “We you see the game for the first time you always say to yourself, ‘Shoot! Shouldn’t we add this and that so that we have exactly what we want?!’ I’ve always said, it’s not a two-year project, it’s a 7-year project.”

In the mean time, Atari fans can already enjoy a new version of Pong online. As for the rest, if they’ve waited 30 years, they should be willing to wait a few more.