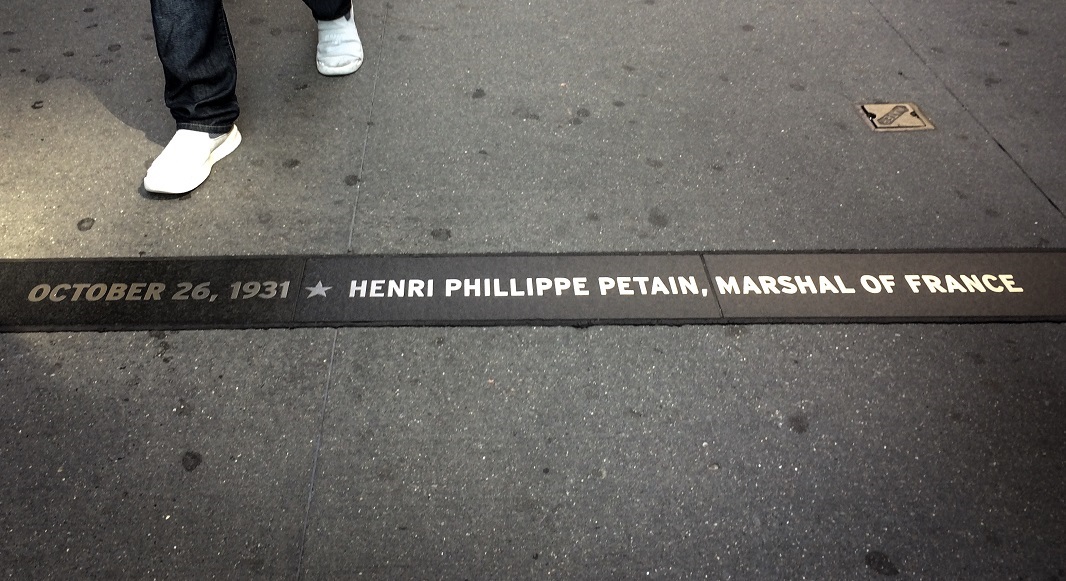 Pétain served as general in World War I, and was widely respected for his military leadership, especially during the pivotal Battle of Verdun. He was made Marshal following the war. In 1939 he returned to government and aided in orchestrating the fall of France. He became the head of Vichy France, working for Nazi Germany until the end of French occupation in August 1944. He was found guilty of treason, imprisoned, and stripped of his military honors except for Marshal.

“This removal is the beginning of a longterm evaluation of all the controversial public structures and art in the city,” Ben Sarle, one of the mayor’s spokespeople, said to French Morning.

The commemoration for Nazi collaborator Philippe Pétain in the Canyon of Heroes will be one of the first we remove. https://t.co/hAnGmkCdtg

This announcement follows the precedence of many other municipalities across the country who have also decided to remove symbols judged racist and hateful. Last weekend’s deadly protest in Charlottesville is a primary example of the contention that can stem from monuments commemorating racism, like the ones of Confederacy generals which have become a proxy cause for white supremacists and neo-Nazis.

The granite plaque with Pétain’s name is set into a Broadway sidewalk in the Financial District. It’s a part of the Canyon of Heroes, a walkway dedicated to figures who have had a ticker-tape parade on that part of Broadway. The plaque for Pétain — where his name has accidentally been spelled with two L’s — was added October 26, 1931 to honor the courage of the French military man during World War I, before he’d orchestrated the fall of France and collaborated with the Nazis during World War II to condemn thousands of French jews to death.

“We had no knowledge of the existence of these plaques,” said Jean Lachaud, manager of the Le souvenir français association in the US. “I respect the decision of the city authorities, which concerns the role Pétain played during World War II.” A few yards from Pétain’s plaque, there’s a plaque dedicated to Pierre Laval, the second highest official in Vichy France. New York Assembly member Dov Hikind (D-Brooklyn) has requested the Laval plaque be removed as well, though the city has not yet made a decision about whether or not to remove it.