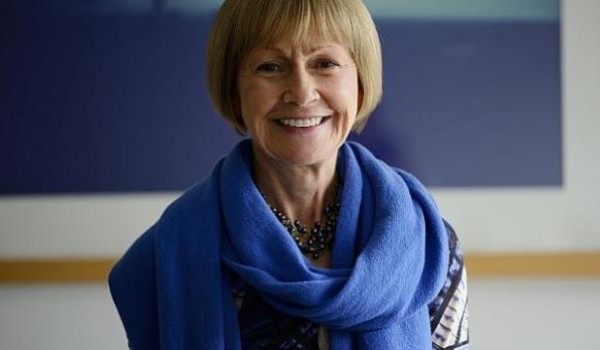 Mireille Guiliano and the Business of French Women Superiority

One has to admire Mireille Guiliano’s nerve.

Her first book, a “New York Times” bestseller, has been translated into 37 languages. French born and raised and now splitting her time between New York and her home in the South of France, Mireille Guiliano brings a special perspective to what are her fundamentally self-help books. And like most self-help book authors, she preaches mind over matter, saying that all women can be like Frenchwomen if they only work on believing in their own beauty and glamour, plus take more care in certain areas of their lives.

Explaining why she wrote this book, she told “French Morning,” “year after year, I have gained knowledge that I felt I should pass on, little messages that make a difference. My readers seemed to want it.” Those messages mainly consist of stressing the importance of dressing stylishly, regularly exercising, eating healthily and caring for the skin and hair, with details concerning what goes into making those improvements. She believes that there are still many people in the world who think the French have an inside track in these matters.

At the beginning of her new volume, Guiliano reveals what she considers the ultimate secret, “With respect to growing old, “ she writes, “the biggest difference between French women and most others is not grooming or clothing or nutrition or face and skin care; it is attitude.” She goes on to say that French women are almost born with it, instinctively far less likely to worry about their age than their counterparts around the world, and therefore, less likely to turn to artificial means to maintain a youthful appearance. Because she stresses what Frenchwomen do to attain that attitude – never saying or implying that it is only their’s to have – she avoids coming across as preaching their superiority. Like a sophisticated and worldly mother or close, trusted friend, she only wants to help readers live as well as possible.

Her book is filled with suggestions that might lead a woman to achieve this. She covers just about everything from what shoes to buy – comfortable, first and foremost – to the amount of jewelry that should be worn – “less is more as you age” and coquetterie. “Unless you are Sophia Loren,” she writes, “there comes a time when showing cleavage is a bad idea. For her it is a brand signature. For me, I don’t have enough to matter, but I have mostly thrown away my bikinis and gone back to one-piece bathing suits.” (She is in her sixties and from what we can see from the photo on book jacket, she looks lovely and vivacious – and younger than her years.)

Guiliano’s advice about skin care is hardly revolutionary – less sun, no cigarettes, and consistent cleansing and moisturizing. Although she is against Botox and face-lifts except in special situations, for instance, for TV personalities and actors, she does explain the different types – just in case. But she’d much rather women changed their diets and ate more spinach, oysters, avocados and bananas. To help them accomplish this, she offers several appetizing recipes using those ingredients. Being French, she often returns to food as an aid to healthy living, in other lists, adding honey, blueberries, yoghurt and lentils as great benefits. She also wants women to use honey as a facemask, convinced that her life-long use of honey is her “anti-aging magic pill.”

Like that special mother or friend, she advises older women to laugh and love and enjoy sex, maintain friendships, avoid special diets and too much alcohol, to drink a lot of water, and get out in the sunlight every day. Interestingly, her list of women aging with attitude includes Queen Elizabeth II, Catherine Deneuve, Angela Merkel, Sophia Loren, Hillary Clinton, Michelle Obama and Sonia Sotomayor. Not even half of them French, which can only mean aging with attitude is not be beyond average women everywhere. They need only to turn to her book for guidance.