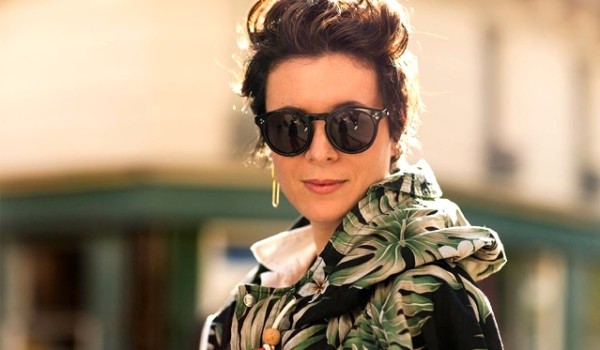 Love, Style, Life: Garance Doré’s First Book is Out in the US

Garance Doré just turned 40, which means her blog is about to be ten years old. What better way to celebrate than with the publication of a new book? Love Style Life came out this week in the US. It’s a thick, pink tome that’s full of her writings, but also includes photos and illustrations from Doré’s own hand.

“I was two years into my blog when they contacted me the first time about writing a book,” says Doré. “I said yes, but then I realized I had nothing to say. After that I had many other offers but I waited because I wanted to have a real idea to pitch to an editor. It took me almost two years to write this.”

Doré, easily New York’s most famous French blogger, employs six people at StudioDoré, her business in SoHo. In her book you follow her from childhood all the way to her rise in the fashion world, with plenty of reflections on differences between New York and Paris life. And there are other gems: interviews with people she admires, including J. Crew president Jenna Lyons, lists, and advice about wardrobe essentials, how to take better photos, and how to use your phone in a reasonable way.

“I wanted to keep the creative tone of the blog,” says Doré. “I’m not out to teach lessons. I just want to share my experiences in good humor and talk about what I’ve learned in hopes it might be of some use to someone.”

Followers of Garance Doré the blog will surely appreciate the chapters on Garance Doré the literature student, who traveled from Corsica to Aix-en-Provence for school. How did she go from there to front-row staple of Paris and New York’s most important fashion shows? It’s all in the book, told through passages that are at times deeply personal (like the painful breakup at 26) and at other times light (her love of Zara and “smoky eyes”, for example).

It’s a collection that’s fun to flip through, read, and even to hold—the editor did not skimp on paper quality. It would make a great gift for your fashion-obsessed or French expat friends in New York. Even better: score a couple of signed copies by finding out when Doré will be in your city. “I’m a little tired from all the traveling but I love meeting my readers,” says Doré, who has 192k fans on Facebook and 359k followers on Twitter.

What’s up for next year? It’s back to concentrating on the blog. “Right now, I’m thinking it over. For the ten-year anniversary in July of 2016, I’ll want to take a new direction and have a new outlook on things. It’s fascinating work!”