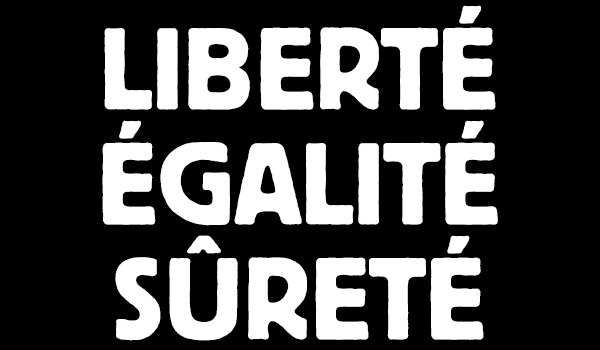 #JeSuisCirconflexe and the Death of the Oignon

Millennials, you’re exempt from this exercise. Everyone else: imagine that twenty-six years later, you have to go back to speech patterns you thought were a good idea in 1990. Worse, that’s how children in your country will now learn the language. That’s exactly what’s slated to happen in France starting in the beginning of the school year this September.

L’Académie Française passed a set of “rectifications” for more than 2,400 words on December 6th—in the Year Of Our Lord, 1990, that is—that are about to come into effect, chief among them the loss of the accent circonflexe (the circumflex, tu vois) over the letters U and I.

Twitter, proving the physical law of equilibrium, was incensed (its natural state), and the hashtags #JeSuisCirconflexe and #JeSuisOignore emerged:

Fair point, except jeûne and mûr have been exempted from the new old rule, along with dû, croître, and, of course, sûr, where the loss of the circumflex would cause absolute grammatical bedlam. Derivations and compound words are exempt from the exemption, so while you may remain sûr, you have to do it with sureté.

The usage change for the circonflexe reflects a lack of usefulness concerning the diacritical mark, which in most cases has no effect on the pronunciation of the word. The above exemption sets aside words were the mark does indicate a distinction between another word, along with exceptions for conjugations in the simple past tense, the imperfect subjunctive, and the perfect subjunctive.

L’Académie, one imagines, had put its ear to the ground in 1990 and heard the overweight footfalls of thousands of Americans approaching in the distance, all with burgeoning understandings of the French subjunctive, and took action.

Those who have yet to master the subjunctive can relax: we’ll never achieve parity.

Other important orthographic changes coming to French, based on the amount of coverage they’re receiving, are the spelling of nénuphar and oignon.

Nénuphar, which is what the Gauls call a waterlily, will become nénufar. Art fans and curators at l’Orangerie need not fret: those “Water Lilies” are nymphéas, water lilies that bloom with pink, red, and white flowers. The nénuphar blooms with yellow flowers and is thus undeserving of a ph.

Oignon is more problematic on an institutional level. While that i has no real use, it’s become a familiar friend to the French people. To the American eye, too, that i bridges the divide between oignon and onion, ameliorating the jarring effect of that cursed g. Now, ognon has all the familiarity of a troll’s name in Lord Of The Rings. “The Hobbits met a tribe of warring rock trolls, led by a particularly ugly chief named Ognon.” Og-non. It just looks stupid.

The changes have sparked outrage across the internet, which is one thing English has over French: without a governmental body coming up with rules that will go into effect a quarter century later, English is free to change in the ways it needs to, and no English-speaker is generally that put off by yet another rule to an already jumbled orthographical mess of a language.

Otherwise, we would’ve gotten rid of the silent k a long time ago. Except in the case of knight where it indicates a distinction with night, of course.

It’s worth mentioning that the changes mostly come with the caveat that this circumflex or that accent grave is no longer “obligatory,” rather than straight-up banished from the language. L’Académie has also done away with a lot of unnecessary hyphens, as in pic-nic and week-end. At press time, the Criterion Collection had not commented on whether they planned to fix the name of Jean-Luc Godard’s Week-end to past muster with the new règles.