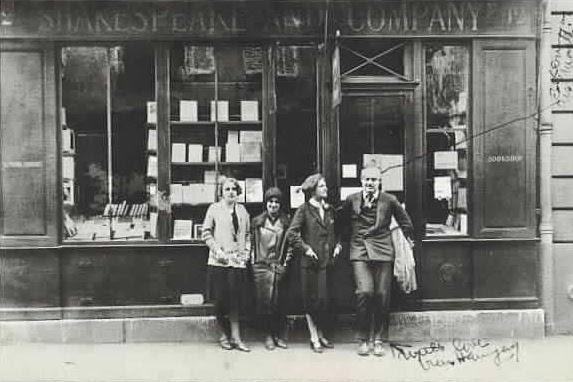 “If you are lucky enough to have lived in Paris as a young man,” Ernest Hemingway wrote in the 1920s, “then wherever you go for the rest of your life, it stays with you, for Paris is a moveable feast.”

Hidden away for decades in steamer trunks under the Ritz Hotel in Paris, the notebooks that became the autobiographical A Moveable Feast in 1964 have blasted back onto bestseller lists following the recent attacks in Paris. Paris Est Une Fête, as its known in French, is now the fastest-selling foreign language book on Amazon.fr, and across France, copies are flying off of shelves faster than they can be restocked.

Hemingway’s paean to Paris has become a symbol of solidarity in the wake of the Friday the 13th attacks, and the book’s publisher is planning on printing 15,000 new copies to keep up with the demand, according to Le Huffington Post. Ten copies of the book are sold in France every day, they said—a number that has now risen to 500 a day.

Some are attributing the sudden popularity of the book to an interview given by a woman known only as “Danielle” to BFM TV, in which she espoused the importance of bringing flowers to commemorate the dead and mentioned Hemingway’s book:

“We will fraternize with five million Muslims who practice their religion freely and kindly and we will fight the 10,000 barbarians who kill, supposedly in the name of Allah,” Danielle told the reporter. She has become a viral folk hero in France since the video was posted.

Hemingway’s somewhat fractious account of his time among the Lost Generation writers in Paris has been a favorite of literary types since its release, but its new-found, wider popularity is well-warranted. He wrote:

You expected to be sad in the fall. Part of you died each year when the leaves fell from the trees and their branches were bare against the wind and the cold, wintery light. But you knew there would always be the spring, as you knew the river would flow again after it was frozen. When the cold rains kept on and killed the spring, it was as though a young person died for no reason.