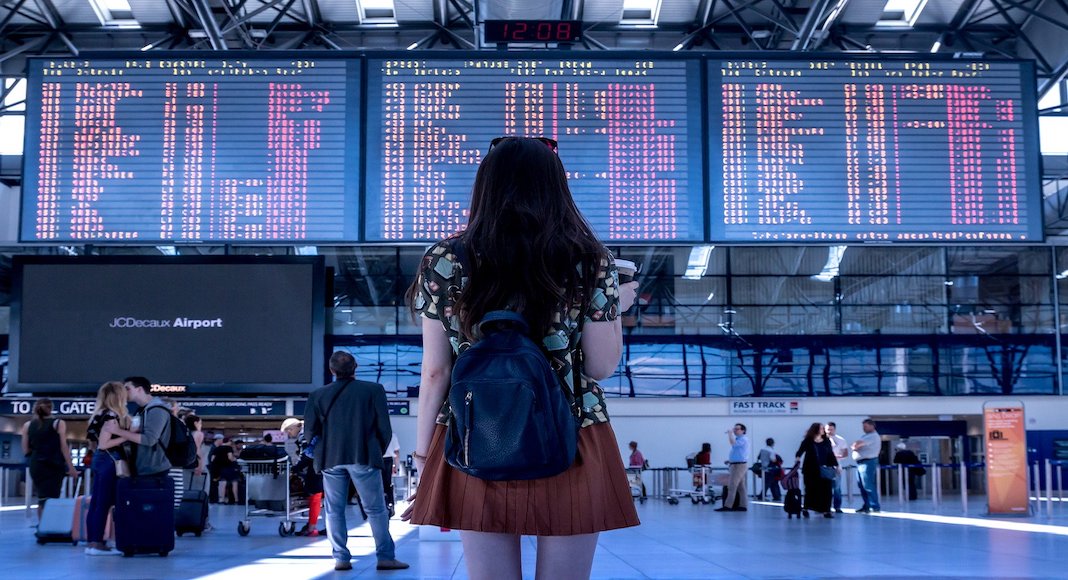 By banning the entry of most Europeans, the US government has thrown the airline industry into chaos and put the plans of many travelers into question. But even if you are forced to cancel your trip because of the 30-day travel ban, a refund for your ticket is far from guaranteed.

The good news is that if the airline cancels your flight, it is obligated to reimburse you under both US and European law. But for the rest of the possible changes you could face, policies vary from airline to airline and most don’t offer a refund, in an attempt to preserve cash reserves that will prove valuable in the coming months.

To help you monitor and understand whether or not you can travel and under what conditions you can be reimbursed, we’ll keep an up-to-date list here of the latest information on the subject, which we will update as regularly as possible.

The French airline announced last week the cancellation of 25 percent of its flights in Europe. For the time being, it says it is “assessing the situation” before announcing possible cancellations of transatlantic flights. Postponements are possible for ticket holders (see conditions here).

If you were scheduled on a flight that is not cancelled and wish to cancel your ticket, there are several scenarios:

American Airlines has not yet provided details of planned flight cancellations, but there will be some. We do know that the Paris-Philadelphia route is suspended until further notice. In the meantime, the airline is offering customers who purchased their tickets between March 1 and March 30, 2020 and who were scheduled to travel until April 30, to change their travel dates at no charge for changes. No refunds are being offered. More information here.

United will cancel many of its flights to Europe starting March 21 but will continue to operate flights to Paris. Like its US counterparts, the airline is waiving change fees for all tickets bought before March 2 with travel dates of March 9 to April 30 (see conditions here), but no refunds are available. They’re also offering free ticket exchanges for the next 12 months for any new flights booked from now until March 31. More information here.

Delta has also not yet announced which flights between Europe and the United States will be canceled.

The airline is offering all passengers who were scheduled to travel between now and May 31 to change their reservations free of charge. In addition, all tickets purchased between March 1 and 31 for travel before February 25, 2021 can also be exchanged free of charge.

Alternatively, you can cancel your scheduled travel and receive a voucher valid for one year from the date the first ticket was issued. More information here.

The airline has announced that it will cancel more than 3,000 flights between Europe and the United States from now until June. At the moment, the airline says it has no information on exactly which flights will be cancelled.

Norwegian is offering passengers who book a ticket before March 22 to change their reservation free of charge for travel up to and including August 31, 2020, but it does not offer a free cancellation option at the moment. More information here.

La Compagnie, which operates only two “all business class” routes (Paris-New York and Nice-New York), is one of the hardest hit airlines by the decision of the American administration. It has announced the cancellation of all its Paris-New York flights, effective March 18 until the end of the American restrictions (currently scheduled for 30 days) on April 12. “This suspension of our flights will help us get through the crisis and then resume our activities,” said CEO Christian Vernet in a statement.

The launch of the seasonal route from New York to Nice has also been postponed until June 1, 2020.

Passengers affected by cancellations “will be informed directly,” explains the airline, and “solutions to modify, postpone or cancel flights will be proposed.” In addition, passengers with a flight scheduled before May 31, 2020 who wish to postpone their departure may do so, regardless of fare conditions and free of charge, or they can choose to receive a non-refundable voucher (valid for 12 months). More information here.

The low-cost airline has not yet announced any flight cancellations. If you have a flight booked on Level Airlines between March 12, 2020 and March 30, 2020, the company offers you the possibility of postponing your departure date without a change fee; you’ll only pay the difference in fare, if there is one (see conditions here). More information here.

The airline, which currently serves San Francisco (as a stopover on a Paris-Tahiti flight) and has plans plans to open a New York-Paris route in June, will operate its scheduled flight on Friday, March 13 as normal. For the next one, scheduled for Sunday, it will operate with a technical stop in Pointe-à-Pitre. From March 15 to April 12, they will operate one weekly flight, departing on Friday from Paris Orly, and all flights will do a technical stop in Pointe-à-Pitre.

For any ticket purchased before March 31, travelers affected by the restrictions imposed by the US authorities have until May 31 to reschedule their travel for the next 12 months without paying a penalty fee, or get a voucher valid for a year, but no refunds are available. More information here.

The airline serving Miami-Paris (before launching Paris-New York in June) cancelled all its flights as of March 14. Those with tickets who haven’t already begun their trip can postpone their travel without paying a fee until February 28, 2021.

For French passengers visiting Miami, Corsair is asking that French passengers to go “by your own means” to Montreal, Fort-de-France, or Pointe-à-Pitre, where Corsair will “redirect you to Paris free of charge.” Alternatively, French travelers in Miami can change their return flight without paying a fee to after May 31, 2020, the date on which Corsair’s traffic is expected to resume. More information here.

If your flight is not canceled by the airline, and the company does not offer you a cancelation option, it is unlikely that your travel insurance will cover you.

The vast majority of travel insurance companies consider damages connected to COVID-19 to be “foreseeable.” They do not cover any costs. It is possible to be reimbursed for certain costs incurred, such as medical expenses, if COVID-19 is contracted during the trip, or travel delays and missed connections, if related to COVID-19.

However, you may be compensated if you took out your travel insurance before COVID-19 was been labelled “foreseeable” (generally at the end of January but until the beginning of March for certain insurances such as Axa). This is also the case if you have taken out additional travel insurance, such as CFAR (Cancel For Any Reason), which can reimburse you for up to 75 percent of the costs incurred.