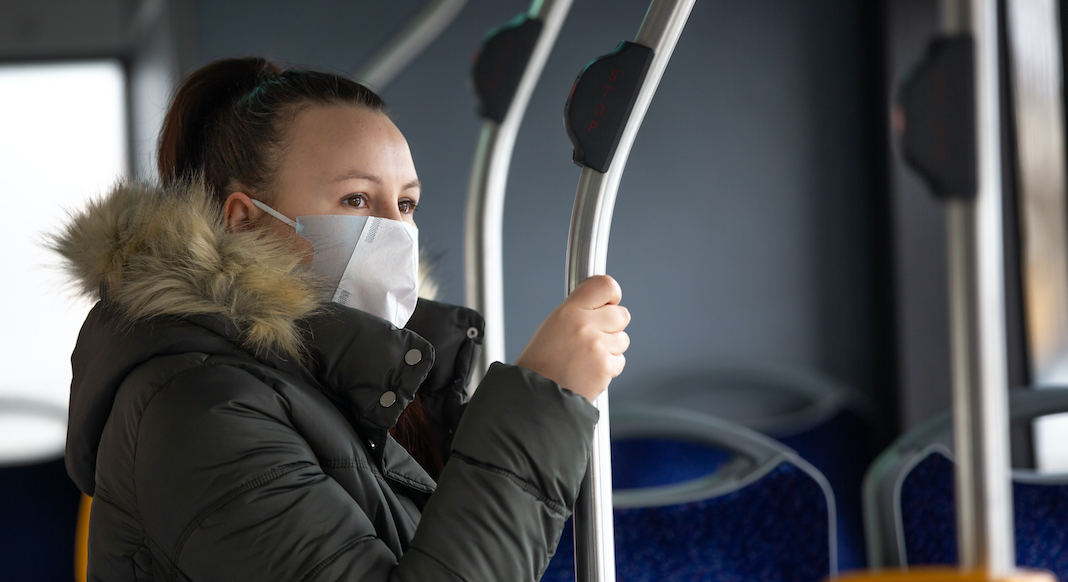 Can I Still Go to France? Here’s How Vacations to France Will Be Affected by Coronavirus

The new coronavirus strain (COVID-19) has officially been declared a pandemic by the World Health Organization (WHO). France, as of this article’s most recent update (Monday, March 16), has the sixth-most cases (5,423) and fifth-most deaths (127) of all countries affected by the disease around the world. The COVID-19 response shifted from stage 2, the epidemic stage, which aims to stop the spread of the disease, to stage 3 at midnight on Saturday, March 14. France,

Stage 3 shifts attention and resources to mitigating the consequences of the disease. It allows for the stopping of some public transport, the closure of schools, further restrictions of gatherings, and a coordinated mobilization of all sectors, from healthcare to the media.

For those Americans who have a trip to France planned, a pandemic certainly changes things. Here’s a breakdown of what exactly has been affected by COVID-19 for those who presently have plans to take a trip to France in the coming month. (Note: This article will be updated as more information becomes available. It was most recently updated on Monday, March 16 at 10 a.m. EDT.)

What’s the deal with the travel ban?

On Wednesday, March 11, President Donald Trump announced a 30-day travel ban on foreign nationals who are either flying in from countries in the Schengen Area or who have been in Schengen Area countries in the 14 days prior to their arrival in the US. The new rules go into effect Friday, March 13 at 11:59 p.m. EDT. Trump made the decision without consulting the EU or warning European country leaders of his announcement. “The EU disapproves of the fact that the US decision to impose a travel ban was taken unilaterally and without consultation,” European Commission President Ursula Von der Leyen and European Council President Charles Michel said in a statement.

Does it apply to American citizens?

The Department of Homeland Security issued a statement clarifying that the ban does not “apply to legal permanent residents, (generally) immediate family members of U.S. citizens and other individuals who are identified in the proclamation.”

The confusion around the ban has caused many Americans in European countries to panic about whether or not they’ll be able to get home. A photo tweeted by a New York Times journalist showed chaotic scenes at Paris’s Charles de Gaulle airport on the morning of Thursday, March 12 as Americans scrambled to come home.

Bedlam at U.S.-bound airlines at CDG in Paris early this a.m., as Americans pay as much as $20,000 for last-minute flights. pic.twitter.com/kkbOAEFn4Y

How are flights to and from France affected?

It’s possible that even if you do want to go to France, your flight might no longer be going. Many airlines are decreasing the number of flights around the world, for two reasons: one, to minimize the spread of the disease, and two, because of decreasing demand.

British Airways and Delta are among those who have reduced the number of flights to France throughout March due to a drop in demand. Some airlines are offering free or discounted postponements on pre-booked tickets. This is the case for Air France, which is offering free postponement on all flights booked before March 31, 2020 with departure dates until May 31, 2020.

Air France, which flies 121 flights weekly between the United States and France, said Thursday if would only fly some of those routes from Friday, March 13 until March 28. It was still determining what the plan would be after that. According to The New York Times, the US represents about a third of the French airline’s revenue.

Can I still go to France?

As for France, there has been no mention of a reciprocal ban on Americans traveling to Schengen Area countries. France hasn’t outright banned citizens of any country from coming into the country; however, the French government has requested that anyone traveling from China (including Macau and Hong Kong), Singapore, South Korea, Iran or the Veneto, Lombardy or Emilia-Romagna regions of Italy self-isolate for 14 days.

The French government isn’t doing any temperature screening on airport arrivals, but patients arriving from certain destinations are given advice on symptoms, testing, and self-isolating, reports Le Point.

As for coming back from France, the US State Department plans to issue a notice “requiring U.S. passengers that have been” traveling in Europe to “travel through select airports where the U.S. Government has implemented enhanced screening procedures,” said Acting Secretary Chad Wolf. Vice President Mike Pence has said that those travelers will then be asked to self-quarantine for 14 days.

It’s likely that those select airports will be many of the same airports visitors from China have had to go through during the COVD-19 outbreak. American Airlines told The New York Times that customers with US passports on flights from the Schengen Area going to non-approved US airports would be rebooked to fly through approved airports.

How are events in France affected?

On Saturday, March 14, Prime Minister Edouard Philippe ordered all “non-essential” French businesses to close, effective to at midnight that day, to aid in social distancing. Restaurants, cafés, movie theatres, bars and clubs are all effected. “Markets and food shops, pharmacies, gas stations, banks, newspaper and tobacco stores will remain open,” Philippe said. “Places of worships will remain open, but religious ceremonies and gatherings will be postponed.”

Large gatherings of over 100 people have been banned (Editor’s note: It was originally gatherings of over 1,000 but it has been changed to 100 as of March 12). Because of this, tourist attractions across the country including the Louvre, Musée d’Orsay, the Eiffel Tower, and the Château de Versailles have closed. During the ban of gatherings over 1,000, museums had remained open with strict crowd controls, but with a maximum of 100, they cannot remain open.

The limit on crowd sizes has resulted in many events being postponed or cancelled. The Paris Marathon, scheduled for April 5, has been postponed. Around 60,000 people were expected to run the race, which has been postponed to October 18. The France-Ireland match of the Six Nations rugby tournament, scheduled for March 16, has been moved to a date that has yet to be announced. AccorHotels Arena in Paris decided to just cancel all scheduled shows until the end of May. The Paris Book Fair (salon Livre Paris), scheduled for March 20 to 23, was also cancelled. The St. Patrick’s Day parade has been cancelled as well.

The March for the Climate on March 14 was cancelled. A protest on the Champs-Elysées by gilets jaunes on March 14, however, occurred, defying the ban on gatherings of over 100 people.

After initially deciding to play to empty arenas, France’s top soccer leagues, Ligue 1 and 2, have suspended play. The Champions League, which has several French teams in it, also postponed all games.

Disneyland Paris has closed, after initially staying open despite the ban on gatherings of more than 1,000 people (though as of March 12, 100 people) and having multiple people at the park test positive for COVID-19.

We invite you to write to [email protected] for a refund for any entrance tickets for today.

We apologize for any inconvenience and will keep you informed of developments. pic.twitter.com/kRbaUtbKg0

How is transportation (subways, buses, trains) in France effected?

The ban on gatherings of more than 100 people specifically excluded public transportation. In Paris, the RATP, which has not disrupted service, has increased the frequency of its cleaning service; health advice is being broadcast on the Metro, tram and bus services.

Though train travel hasn’t been disrupted, rail operator SNCF is offering free cancellations or alterations for pre-booked tickets. “For travel up to April 30, 2020, SNCF has decided to make the exchange and refund fees for TGV Inoui, Ouigo and Intercités tickets free of charge until the train departs,” the company said in a press release. The measure also applies to connecting TER trains.

What kind of US support is there for Americans in France?

For Americans in France, the US Embassy in France has two webpages (one here, the other here) with information about COVID-19 in France, how to protect yourself, and where to get help if needed.