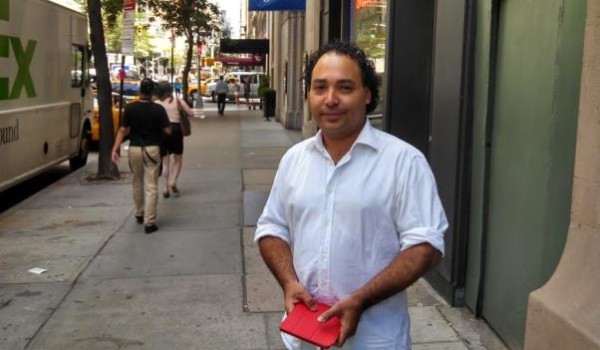 A French Robin Hood Wants to Save Bitcoin in New York

Self proclaimed “pain in the ass”, Théo Chino, is no stranger to the American Justice system.

He fell victim to a scam whilst purchasing and American Airlines flight and did not hold back on going after the company. He also went in front of a judge in order to obtain a driver’s license.

Now however, the New York French Socialist Party activist and former candidate to represent the Green Party in New York’s mayoral race, is going after a much bigger fish.

He has opened a case in New York State Court of Claims against Benjamin Lawsky, New York State’s superintendent of financial services, known for his arm wrestle with BNP Paribas.

He is accusing Mr Lawsky of abuse of power in his effort to regulate Bitcoin, the virtual money that has become increasingly popular these past few years. Bitcoin has also been cited for being used in money laundering schemes as well as to purchase illegal goods.

“It needs to be regulated yes, but the regulation needs to be proportionate” says Théo Chino, “Bitcoin is a hamster in comparison to the bull of wall street, not to mention the global finance industry. We’re talking about millions of dollar when the finance industry accounts for trillions. Simply put, why use a bazooka against a hamster?”

“Bazooka” is the “BitLicense”, a list of rules and regulations drawn up by the New York Department for Financial Services (NYDFS) in an attempt to regulate Bitcoin transactions.

Most notably, the license will require that businesses that use Bitcoin log their transactions as well as the identity of their clients and users, who thus far remained anonymous. Business are also required to record transactions over $10.000. New York is the first state to implement this type of regulation.

The new ordinance has been praised by Cameron and Tyler Winklevoss, two of Bitcoin’s biggest investors, but has been condemned by several “Bitcoiners” who are accusing Lawsky of killing the Bitcoin egg before it has the chance to grow.

Théo Chino is part of these critics. For this Frenchman, an IT technician for Time Warner, Bitcoin is a symbol of a “fairer” financial system.

The technology could be used to simplify commercial exchanges and even render electronic voting more secure. “When I discovered Bitcoin, it just made sense. In the past my father would send me 1.000 Francs ($200), I’d only receive 800. Where did the 200 Francs go? Bitcoin allows users to reduce their transaction costs. It is accessible to all, on a global scale.”

In his spare time, Chino has created his own company, Chino LTD, which seeks to encourage small businesses to adopt Bitcoin. He is also a member of the Bitcoin Foundation, an organisation that attempts to promote the technology.

“There would be less financial intermediaries, the system would be fairer”  adds Mr Chino, “ the financial industry is the cocaine that makes the world go round. Bitcoin would be a transition, a soft revolution”.

The Frenchman is accusing Mr Lawsky of disregarding the law. As well as bankrupting his company – he is claiming for 1 billion dollars’ worth of reparations according to court documents.

“He says Bitcoin is a currency, which he thinks he has the right to regulate. However, I believe that Bitcoin isn’t a currency, it’s virtual gold. Furthermore, the IRS, on a federal level, considers Bitcoin to be an asset and not a currency.”

He hopes to “temporarily halt”  the regulator’s advance. In the meantime, the approval process is moving forward: Bitlicense is open to public scrutiny until late September.

A subsequent version will then be drafted before being subjected to a new round of public comments.

“Does Lawsky perceive Bitcoin to be a nettle or a rose? Regardless, he has taken his sord out and will be able to use it very soon. I want us to sit down and review the rules.”