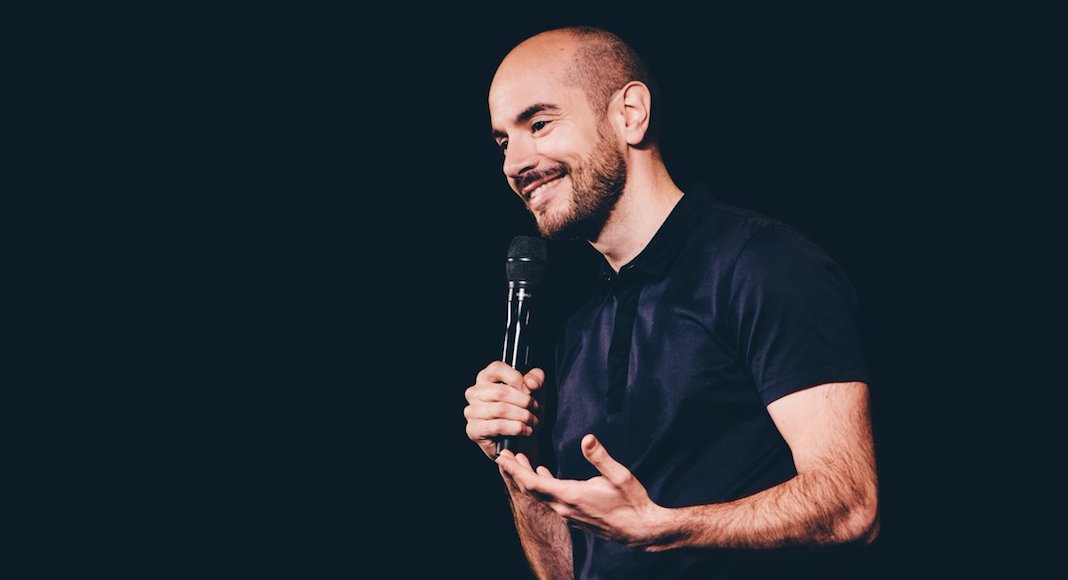 After a successful 2016 edition, the French Comedy Festival is back in New York from Wednesday, June 21 through Saturday, June 24. Founded by comic Michael Sehn, the festival brings together French, Belgian, Canadian, and Franco-American comedians to perform sets in comedy clubs and theaters around the city.

For the ambitious language learners looking to laugh at some French comedy, you’ve got a few options. This year’s headliner is Kyan Khojandi, who you can see in the series “Bref” airing on Canal+ where he plays a Parisian thirty-something, doing average with women, misunderstood by his friends, and perpetually bungling things at work. (YouTube channel for the show here.) You can see this comedic genius perform his new show “Pulsions“, a stand-up where he talks about his fears with lots of self-deprecation. The show is Thursday, June 22 at 7:00pm at Symphony Space.

Also in the festival, the French comedian Yacine Belhousse will be performing at the Jamel Comedy Club. Even though stand-up is his preferred medium, Belhousse is also a member of the comedy team Golden Moustache, a funny YouTube channel with 2.7 million subscribers. On Wednesday, June 21, Belhousse will present his most recent show “RevolutionS” at the Symphony Space.

Sebastian Marx is a New Yorker who’s been living in France long enough to make fun of it for the French. On his YouTube channel, he gives his comedic take (in French and in English) on contemporary topics to question French and American societies. He’s also featured on Topito and YouHumour in which his character kindly mocks French cultural customs and habits that seem strange on this side of the Atlantic. He’ll be presenting his “Spectacle en Francais” in French on Thursday, June 22 at 9:30pm at the Symphony Space.

For the Francophiles who don’t speak French, the festival has you covered to! On Saturday, June 24, FIAF hosts Broadway Comedy Night packed with 10 French-speaking comedians doing short sets in English. The show will be hosted by Sugar Sammy.