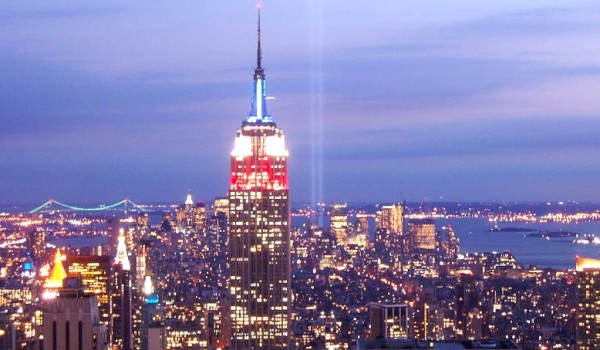 “This year, we thought we had a good record with the celebrations of the 70th anniversary of D-Day, Obama’s visit to France… We had also asked the press to support us, and we had promises of articles in cases where they would work.” At the General Consulate of France in New York’s press conference, the disappointment was clear.

Indeed, the consulate had filled out an application in the name of the French Republic to light up the Empire State Building with the colors of the French flag for the French National holiday Bastille Day on July 14th. For at least the third time, they endured a refusal.

The Empire State Building allows any group (with the exception of religious groups, political campaigns, and advertisers) to apply to have the building lit up with the colors of their choice. The application is free, but its acceptance is subject to the approval of the building’s owners and managers.

Selection “is at the sole discretion” of the owners and managers of the building, and must be considered as “a privilege, not an entitlement.” The website further clarifies that “The Empire State Building is under no obligation to provide specific feedback to any individual or organization regarding the status, merit and/or denial of its application.” New York’s most famous building is often illuminated to celebrate holidays or to honor people and organizations. Or countries. In September, the colors of Mexico shone from the Empire State Building for the country’s independence day. It also lit up with Germany’s colors during the last annual Steuben Parade. Recently, India and Australia have also grabbed the winning ticket, and in 2009 the Empire State Building even lit up in red to honor the 60th anniversary of the communist Chinese regime.

But France is in good company: in the last couple of years, the managers of the Empire State Building have sparked controversy in refusing to honor both Mother Theresa and the Marine Corps…