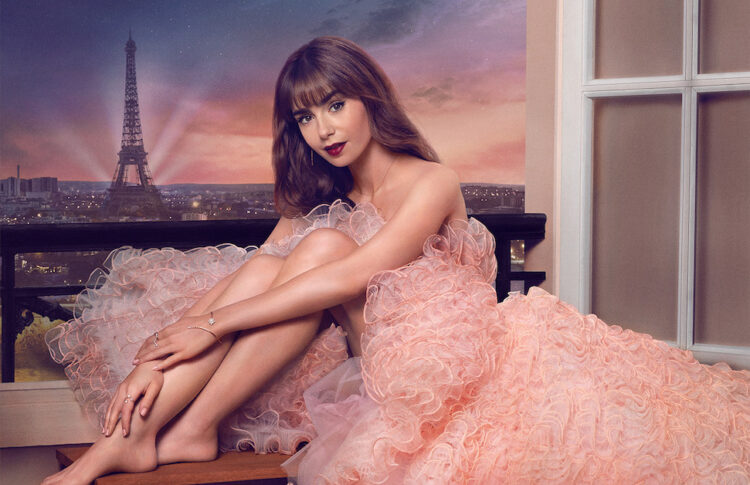 Emily in Paris has haunted the dreams of Francophiles and expats everywhere for a solid two years now. At this point, and I’m not joking, I think it’s given me Stockholm Syndrome. Epitomizing a genre that I will now be referring to as “ouisploitation” (credit: the Every Outfit podcast), this Netflix comedy has leaned in hard to both the classic tropes of an “American in Paris,” and the particular realm of the Darren Star metaverse.

When the show’s first season dropped in late 2020, critics complained that Emily was unrealistic, and a flawed representation of life abroad. (How can she afford Louboutins on a junior marketing associate’s salary? Why are all these French people so mean? How does she keep going “viral” on social media when all of her content is so very very very bad?)

But now that we have a third season of Emily in Paris, I think it’s time for us to let our grudges go, and just give in to the chaos. The show is clearly not going to get any more “realistic”… if anything, it has become completely, whimsically untethered from both plot and reason. But the less you ask of it, the easier it is to enjoy this unhinged, couture-decked fever dream.

This was most definitely the horniest season of Emily so far. Everyone is in a love triangle, and we mean everyone. Emily is torn between her hot French chef neighbor Gabriel, and the very hot but very boring British finance bro Alfie. I am convinced that the only reason Emily and Alfie have so much sex in this season is because they have literally nothing else in common. Gabriel is caught between Emily and his hot, chic French girlfriend Camille, but Camille is blessed with a super sexy lesbian affair! Ten out of ten to this sub plot, which includes an art exhibit with a sneaky Catholic confessional (hello, Hot Priest) and the stunning Greek artist Sofia, played by Melia Kreiling.

While Camille is busy being a bisexual icon, Ashley Park’s Mindy is being fought over by her hot (but poor) bandmate, Benoit, and her hot (and very very rich) boarding school crush, Nicolas. Hang on, we’re not finished with the love triangles. Finally, there is Sylvie, Emily’s boss, who is dating a sexy much younger Dutch man, while rekindling a relationship with her nightclub magnate husband, Laurent, from whom she’s lived apart for many years. (Sylvie and Laurent have an extremely French relationship that is so fun to watch that I don’t care if it’s a bad stereotype.)

As for the fashion: This season went extremely overboard with platform shoes, and I’m not okay with it. It’s also distinctly set in the summer (they mention the Solstice, which is June 21), but everyone is wearing pleather blazers and wool coats the whole time. When we know the French don’t do air conditioning!

There are a lot of fashion world characters in this season, and they are all very silly. Grégory Duprée’s rant about flight attendants being doms is chaotic and I love it. There’s a hologram of Pierre Cadault, because why not? But I’d really like for them to stop trying to incorporate real world trends into this fantasy land, a Darren Star specialty that makes me gag every time. In particular, I’m thinking about when Emily pitches “skirts for men” to a fashion client as though it’s a novel idea and Thom Browne hasn’t been doing it for years.

This season felt like the writers heard complaints about the show being a tourist trap and decided to shove the characters through a checklist of more “local” spots in Paris, like Buttes-Chaumont, Piscine Molitor, and Parc de la Villette. But they also have dinner in the Eiffel Tower, so let’s call it a draw on the sightseeing front. (Though we do get to see Emily being pushed off the Eiffel Tower in a fluffy feathered pink mumu, which is something I’m sure many viewers would love to have been complicit in.)

A lot of this season focuses on Emily’s inability to find a work/life balance, and the same can be said for the show itself. The first few episodes feel jerky and farcical, full of petty workplace disputes that offer little in the way of entertainment. It’s not until around episode 6 that the interpersonal dramas take over, and things start to get juicy. Darren, I don’t want to watch Emily run through a pitch deck for luxury pet food. I want five more episodes of Camille and Sofia doing sexy art stuff in Greece.

My primary question about the whole work situation in this season is about how people get hired in this world so quickly. Antoine hires Alfie over a scotch (typical) and Alfie is his CFO like, the next day. Doesn’t Alfie have to give his two weeks notice?

Also, how is it possible that every one of Emily’s work problems can be solved by calling up a favor from either Camille, Gabriel, or Mindy? These guys do so much for her, and she’s still just flouncing around assuming they’ll give her a job or rent out an entire restaurant for her on a moment’s notice. She really seems like she should have Taylor Swift’s “Anti-Hero” playing in the background every time she enters a room. Even worse, when Emily’s not badgering her friends to solve all of her problems, every other conflict in the show seems to be resolved by someone sleeping with someone else (or trying to). This whole show is run on a sex economy and it is equal parts entertaining and problematic.

Now that we have a regularly scheduled musical number from Mindy once per episode, I’d like to take a moment to comment on her music. First off, she is way too hyped to play at an open mic in the first episode. Second, how many catsuits does this woman own? Third, I can never figure out what genre she’s trying to inhabit. She auditions for a jazz club with a jazz standard (“J’ai deux amours”), but then opens her set at the same jazz club with a Dua Lipa song? Please pick a lane. At least have her sing something halfway in between, like an Angèle song.

However! The season ends with us learning that Mindy and Benoit will be going to Eurovision. Which, honestly, is the best I could have hoped for them. The over-the-top music competition seems like the only televised event that could actually match the manic energy of Emily in Paris. I think Mindy and her catsuits will be very happy there.

Gigi, Gabriel’s grandmother. “There are no recipes,” she tells Emily. “You just know when something is right, and when something is wrong.” If truer words can be applied to this show, I haven’t found them yet.

Luc. When did I (or the royal we) start liking Luc? He went from creepy uncle to work bestie real fast.

Sylvie and Camille. Even when they’re being bad girls, I support every move they make. I would really like the two of them to get their own spinoff in a completely French-language show that’s just Philippine Leroy-Beaulieu and Camille Razat kicking ass and taking names and stirring up drama in gorgeous couture. (Maybe Kim Cattrall could be in this dream show, as it’s rumored there might be a part for her in season 4. Can you imagine her going head-to-head with Sylvie? Incredible.)