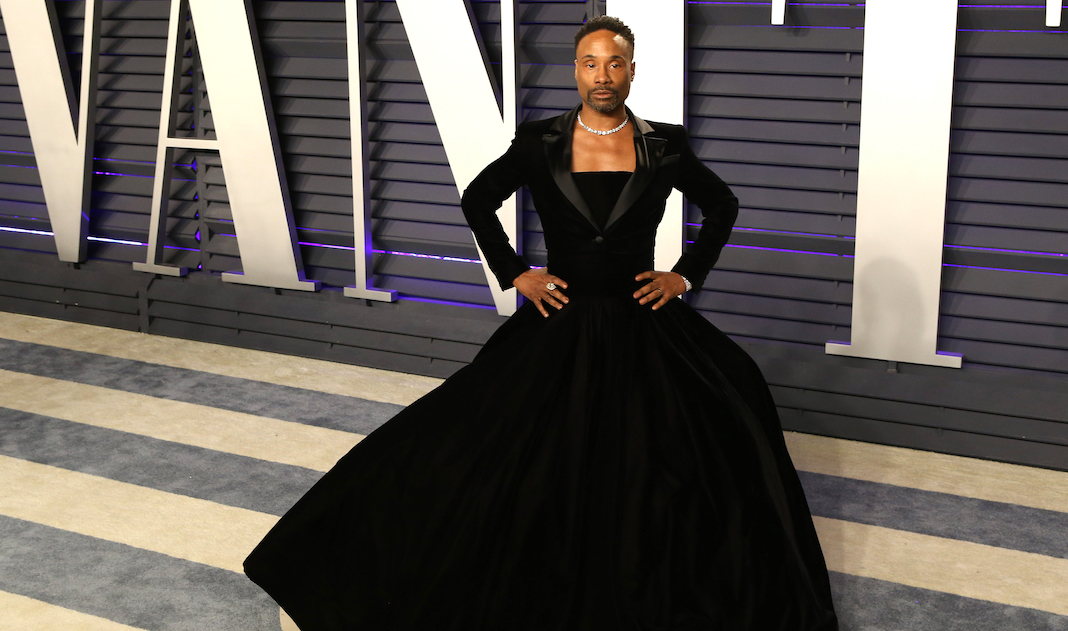 Why Are So Many Paris Fashion Week Shows Going Co-Ed?

Though we often think of Paris Fashion Week as one event, there are really six Paris Fashion Weeks in the year: Haute Couture, Femme ready-to-wear, and Homme ready-to-wear, each with a Spring/Summer and Fall/Winter show. As the six PFWs have evolved from a closed-circuit industry event to a major media extravaganza, there is more pressure to up the ante, spend big on optics, and make every outfit count.

This could be one of the reasons why Fashion Week had seen a trend in designers either going co-ed in their shows, or dropping out of the Men’s category altogether. Celine, Haider Ackermann, Kenzo, Vetements, Balenciaga, and Berluti are leading the movement, each playing with the concept of gendered fashion in new ways.

Fashion’s favorite son, Haider Ackermann, went the co-ed route with his eponymous fashion line last year at Women’s Fashion Week, dropping his Men’s show completely. “This decision reflects a desire to stage a new balance between the two collections by breaking with codes and re-creating magic with the interaction of two different identities,” said Ackermann’s PR director, Michèle Montagne, about the switch.

Kenzo switched to co-ed shows back in 2017, making headlines when its Men’s Fashion Week slot featured looks for both men and women. The LVMH brand stated that it would continue to do co-ed shows in January and June in lieu of two separate shows for each season.

“At Vetements, it really works,” said at-the-time Vetements creative director (now creative director at Balenciaga) Demna Gvasalia. “It’s this street thing. You don’t see streets where there are just girls walking. It brings it more to reality.” After bringing co-ed shows to Vetements in 2017, Gvasalia brought the trend with him to his new post at Balenciaga the following year. The star of his ready-to-wear collection was a modern take on the power suit, about which Gvasalia said the fashion house had, “challenged [them]selves to make tailoring for today’s generation.”

And during June’s Paris Fashion Week for Menswear, Berluti, a strictly-menswear fashion house under the LVMH umbrella, featured model Gigi Hadid. Why this surprise cameo? According to Creative Director Kris Van Assche, “This is a man’s brand, there is no doubt, but it is also nice to play with seduction…”

But the big gender-bending star of 2020 Menswear is Thom Browne, whose line — though strictly in the category of menswear — included a company of models and ballet dancers in tutus, Marie Antoinette-style gowns, and football helmets. No intention has been voiced by the house to opt for a co-ed runway, yet the attire shown quashes all conventional notions of what “men’s fashion” is to begin with.

For some brands, the change has been about making a statement. For others, it’s a freeing creative experience to blur and even erase the boundaries between gender in fashion. At the end of the day, it’s just a smart business decision.

Simply put, most people don’t care about men’s fashion unless it involves headlines about Kanye West selling a $120 white t-shirt. Adding a single high-profile female model to a menswear fashion show (as with Ms. Hadid) brings women’s fashion media, which is far larger than its male counterpart, to the party, boosting a collection’s visibility tenfold. And from a financial standpoint, considering the substantial cost it takes to put on a fashion show, combining mens’ and womens’ ready-to-wear collections is a brilliant idea, as it allows brands to consolidate media attention, promote brand solidarity across gender boundaries, and cut costs.

So steal your boyfriend’s three piece or your sister’s pointe shoes. Because they just might be on the runway next season.