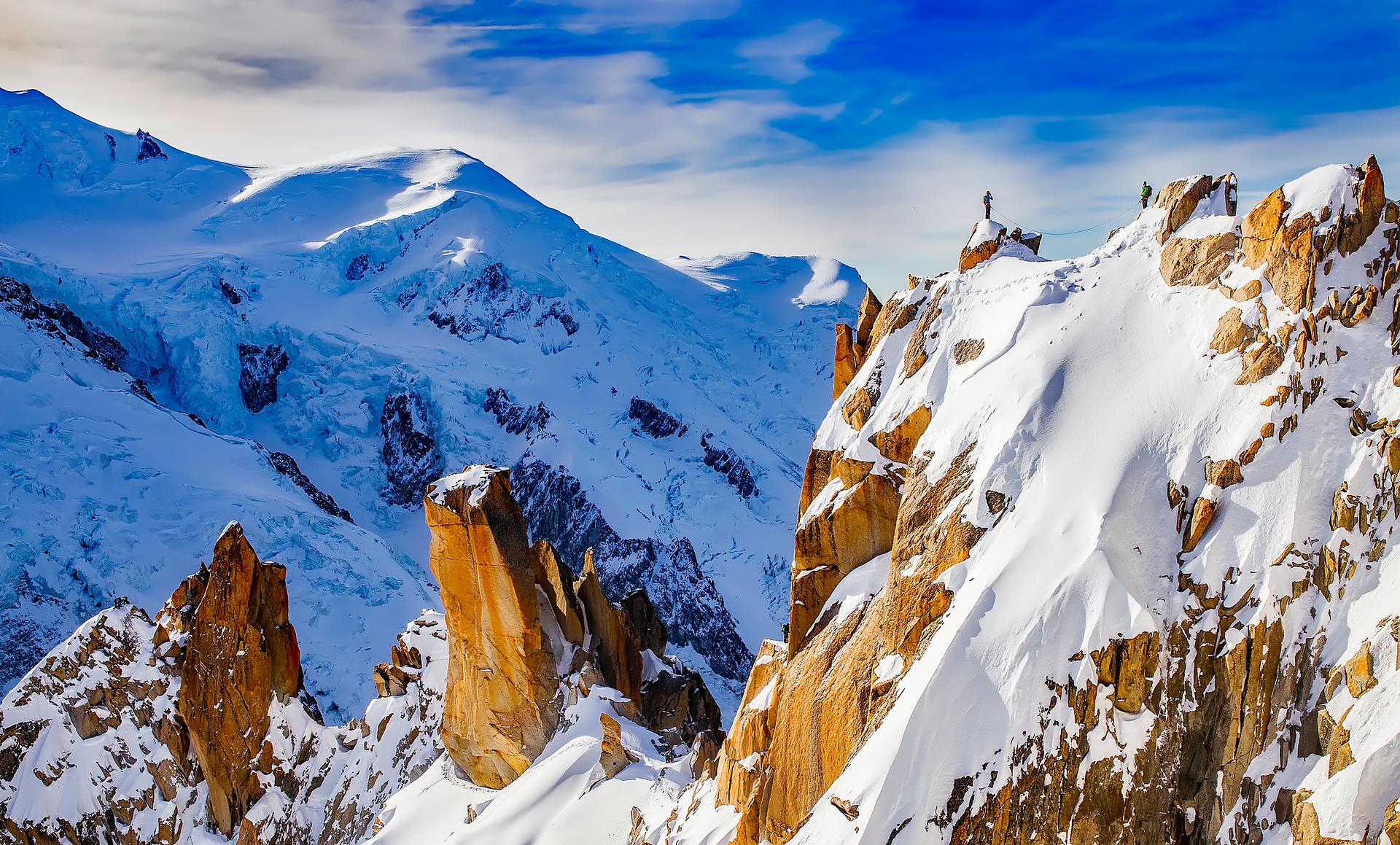 8 Places in France You Should Visit this Winter

Just because the temperatures have dropped doesn’t mean your love for France should freeze up too. In fact, many French cities and towns are just as spectacular — if not preferable — during the winter months. From the glamorous slopes of Chamonix to the winding streets of Aix-en-Provence and the lemon-obsessed populous of Menton, we’ve compiled a list of 8 destinations that are worth bundling up for.

Winter sports are so engrained in France’s psyche that French infants simply must zoom out of their mother’s wombs already dressed in ski gear. You can explore this assertion firsthand in Chamonix, a magical resort area nestled in the nexus of France, Switzerland, and Italy. Chamonix is known both locally and abroad as a hot destination for winter athletes, as its iconic Mont Blanc and Aiguille du Midi peaks offer up some of the country’s best and most challenging trails. The area also awes visitors with its incredible views and fine dining, like Restaurant Le 3842, located at the summit of l’Aiguille du Midi, making it one of the highest restaurants on the continent.

There’s something inherently cozy about Alsace, the French region that lies just beside the German border and shares architecture, food, and countless other influences with its neighbor. (It’s like a two-countries-for-the-price-of-one city!) Strasbourg is peppered with Germanic-looking buildings, made partially from timber and decorated in criss-crossed wood flourishes. On a cold day, nothing is more relaxing than ducking into a quaint shop, and downing some traditional cuisine (Alsace sausages!) and a few beers or vin chaud to warm yourself.

Beaune is a fairytale town in the heart of the Burgundy wine region, so you can count on some idyllic ambling and an abundance of quality libations. Although the Burgundy region is usually associated with warmer months because of its vineyards, the truth is that you can enjoy its many, many wine tours and tastings year round. Stop by for a day or two to fill up on wine knowledge and samplings, and then continue on to nearby Dijon if you want a livelier, city experience and to leave with a suitcase full of delectable mustard.

This ritzy, beloved French town is both a university city and a highly touristed destination. For a calmer, less soul-crushing version of Aix, head over during the winter, when you can have the main Cours Mirabeau to yourself, wander easily around Cézanne’s studio, and sip coffee at Deux Garcons — a Hemingway, Zola, and Cézanne hangout — all at your leisure.

France’s second largest city is a year-round destination, and presents a great alternative for those who want a bustling, cosmopolitan experience but aren’t looking to get trampled by busloads of tourists.

Lyon certainly holds its own in winter: wander around the city’s ever-charming Vieux Lyon, admire the city from the viewpoint juste à côté de their stunning Fourvière Basilica, and take advantage of the area’s incredible cultural offerings like the Musée des Beaux-Arts. With a historic (and rising) foodie culture, Lyon is heralded as one of France’s culinary hubs, with their heavy, meat-centric dishes (think: pig lard, pig brain, pig bladder…you can guess the pattern) served in traditional bouchons perfect for a cozy winter’s night.

In the picturesque, hillside city of Blois, you’ll spend your time visiting opulent châteaux, wandering streets seemingly frozen in time, and gorging yourself on regional cuisine. The city receives considerably less crowds during the winter months, meaning you won’t feel like you’re in the Louvre when you try to maneuver through its famous Château de Blois. Check out the truly amusing Maison de la Magie Robert-Houdin (museum of magic!), and the year-round Marché de Blois at Place Louis XII on Saturday mornings when it’s buzzing with locals.

The city’s central location in the Loire Valley is also great jumping off point to visit the region’s other iconic chateaux-centric towns like Amboise, Chenonceau, and Cheverny.

The sleepy village of Menton, located on the glistening Côte d’Azur and just steps away from Italy, has gained attention in recent years because of its incredible foodie scene and laid-back, Mediterranean grace. Perhaps the most interesting time to visit is from mid February to early March, during their annual Lemon Festival. Throughout the celebrations, the town rejoices with floats, gardens, exhibitions, and entertainers, all themed around lemons and oranges, which are important (and clearly lauded) in their economy. The festivities use 145 tons of fruits each year.

This Pyrénées resort town is a fantastic winter getaway for casual skiers who are looking for more manageable slopes than the Alps and at a much better price point. Cauteret‘s resorts aren’t particularly fancy or luxurious, but visitors will enjoy the town’s grand 19th-century architecture, and should spend at least one afternoon relaxing at Les Bains du Rocher, the area’s thermal baths. In between spa and ski sessions, head to the famed A la Reine Margot, a sweets shop known for its production of berlingots, a candy that spa-goers once ate to hide the sulphuric taste of the thermal waters.