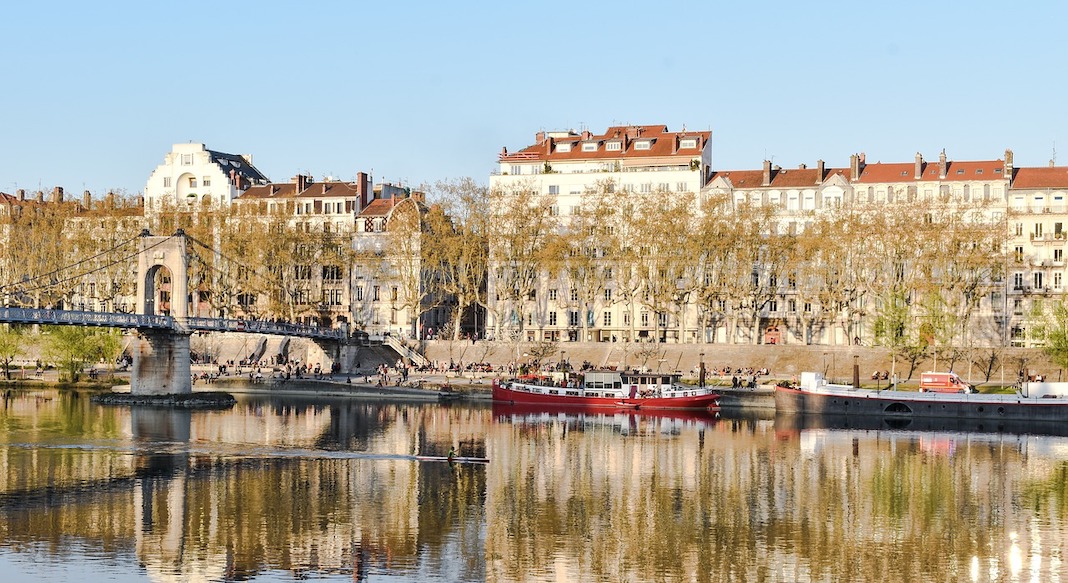 Never mind Paris, the Food Capital of France is Lyon

Straddling the rivers Saône and Rhône, Lyon exists as a crossroads of culinary influences, benefitting from its location at the heart of some of France’s richest agricultural regions. From the north comes the famous Bresse chicken (“the Rolls Royce of chickens”, in the words of Anthony Bourdain), Charolais beef, and frog’s legs from the marshy Dombes. To the south, Dauphiné cheesemakers produce the famous Saint-Félicien and Saint-Marcellin. From the west, livestock farms in the Monts du Lyonnais (Lyonnais mountains) provide the city with charcuterie such as the prestigious “rosette” and “jésu de Lyon”. To top it all off, Lyon lies within an hour’s drive of a trio of world-renowned wine regions: Beaujolais, Burgundy, and Côtes du Rhône.

Capitalizing on Lyon’s perfect location, “Les Mères Lyonnaises” invented many of the city’s culinary traditions and earned the city its reputation as the capital of French gastronomy. Originally women of modest means who cooked for middle-class households, the mères started their own restaurants and bouchons in the mid-18th century, serving simple yet delicious meals to everyone from the silk workers to the bourgeois.

Eugénie Brazier, the highest achiever of the mères, solidified Lyon’s culinary identity in 1933 by becoming the first French chef to be awarded Michelin’s three-star rating for two restaurants at the same time. Brazier’s renowned cooking attracted clientele including Charles de Gaulle and Valery Giscard d’Estaing. Brazier passed away in 1977, but her influence is still felt today.

Brazier founded the current line of top French chefs in Lyon and even trained the iconic Paul Bocuse, the father of modern French cuisine. Bocuse’s flagship restaurant, L’Auberge du Pont de Collonges, has held three Michelin stars for more than 50 years, longer than any other restaurant in history. Visitors will see Monsieur Paul’s name throughout Lyon – on bridges, markets, and even murals.

How to Experience Lyon’s Food Scene

To discover Lyon’s food-centric culture, start by visiting the food mecca that is Les Halles de Lyon – Paul Bocuse, in the 3ème arrondissement.

The indoor market boasts over 60 stalls, offering high-end regional products including cheeses, cured meats, breads, oysters, charcuterie, escargots, foie gras, and chocolates. For local specialties, make sure to pick up a piece of the soft and runny St. Marcellin cheese at fromagerie Mère Richard along with a saucisson from Charcuterie Sibilia.

Don’t forget to spend a morning at one of Lyon’s outdoor markets, where locals do their weekly shopping. There you’ll find regional produce at more affordable prices than the supermarket or Les Halles. Outdoor markets can be found nearly every day of the week in all of the city’s nine arrondissements (see the full list here). For visitors, the Marche Quai Saint-Antoine on the east bank of the Saone river offers picturesque views of Lyon’s cathedral-on-a-hill (the Basilica de Fourvière) and Lyon’s miniature ‘Eiffel Tower’. Remember to go early, though, because Lyon’s markets open around 6am and close around 1pm.

Eat out at a Bouchon

To sample the classics of real home French cooking, a bouchon is the place to be. Originally small inns visited by silk workers in the 17th and 18th century, bouchons offer uninhibited conviviality and heavy, meat-centric dishes like tripe soup, quenelles (fish dumplings), and andouillette (pork offal sausage). Today, 24 of these restaurants have been prestigiously deemed “authentic” by Les Bouchons Lyonnais.

For traditional dishes with a creative spin, check out the charming Bouchon des Filles (20 Rue Sergent Blandan). Run by a crew of young women, this contemporary ode to the mères of Lyon serves up a lighter version of typical Bouchon fare. Make sure to try their quenelles, a fluffy pike dumpling splashed with Nantua sauce, and finish with the irresistible Lyonnais praline pie.

Treat yourself to haute cuisine

If you’re in the mood to splurge, don’t miss legendary La Mère Brazier (12 Rue Royale), the only Michelin-two-starred restaurant in central Lyon. Established in 1921, this institution is now run by chef Mathieu Viannay, the darling of French food critics. Go for the classic Mère Brazier creations, like Bresse chicken poached with truffle.