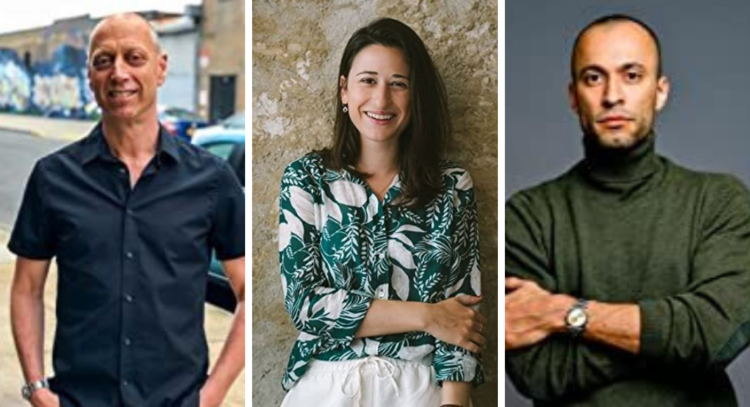 Every writer has a soft spot for Paris at one time or another; those who tell you they don’t are lying. Whether or not we’ve blotted out our romanticized notions of Hemingway slurping down oysters while scribbling away in cafés, there’s just something about Paris — that je ne sais quoi, perhaps — that continues to lure writers there in droves. And while we’ll always have Hemingway and Baldwin and Stein and Flanner’s Paris, there’s a whole new vanguard of American expat writers chronicling the city as it is today, through the lens of race, art, food, culture and more.

Here, we’ve rounded up 12 American writers currently living in Paris, whose work covers a broad range of topics to inspire you ahead of your next trip. 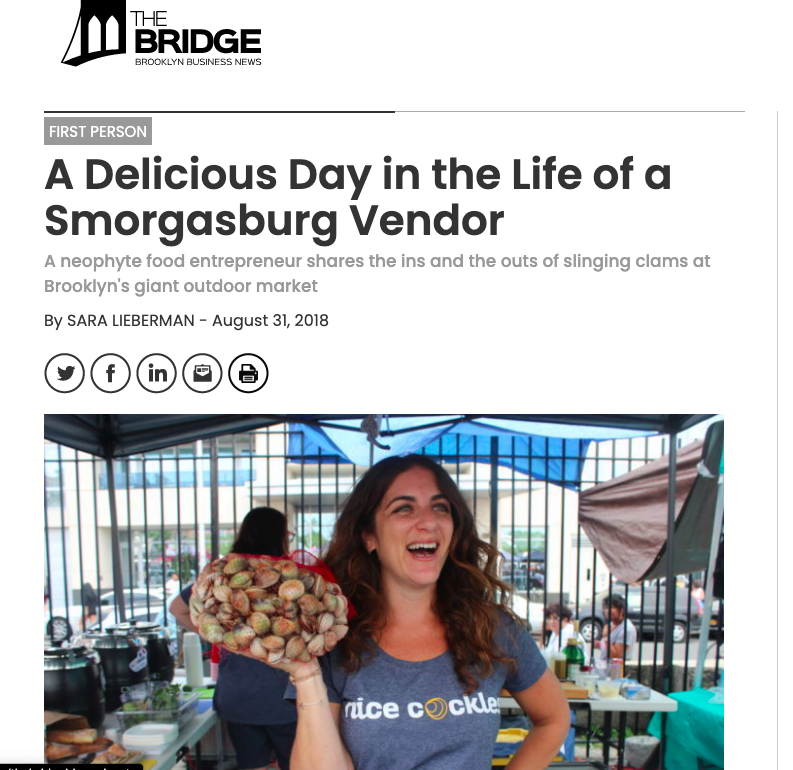 If you’ve ever Googled “Where to stay/eat/drink in Paris,” you’ve likely come across Lieberman’s work. The Long Island native has called Paris home for nearly seven years and is a major foodie, making her my go-to source for restaurant recommendations — her descriptions of which are typically as delicious and memorable as the meals themselves. A self-proclaimed “overthinker,” Lieberman’s insights into life in Paris — for publications like Travel + Leisure, CNTraveler, Afar and more — are enough to make you buy a one-way ticket and wing a last-minute itinerary culled from her thoughtful suggestions. (You can also hire her to create an itinerary for you, if that’s not your thing.) For some bonus content, subscribe to her wry and witty newsletter, Overthinking It.

A contributing writer at The New York Times Magazine and The Atlantic, Williams is a cultural critic who covers race, culture and more from his home in the French capital. His 2019 memoir, Self-Portrait in Black and White, is a deep dive into the author’s exploration of his biracial identity, and how marrying a white French woman and welcoming two blonde-haired, blue-eyed children into the world with her prompted him to interrogate the ways we perceive and talk about race.

Philadelphia-born Tramuta began her beloved blog Lost in Cheeseland in 2009, and in the years since has written two of the most formative books on modern-day Paris — 2017’s The New Paris and 2020’s  The New Parisienne — which catalog the ever-evolving food scene and the French women shaping the city, respectively. Tramuta, who moved to Paris to attend the American University before falling in love with a Frenchman (sigh, le rêve), whom she eventually married, covers travel and culture for major publications across print and digital, from CNTraveler to The New York Times and beyond.

The renowned cook and pastry chef — who cut his teeth at Berkeley’s Chez Panisse for 13 years in the ‘80s and ‘90s — has called Paris home since 2003, and has been writing about it ever since. Of his nine books (which I’d consider cookbook-adjacent, as many are narrative-driven), four of them focus on the confectionary (and not-so-sweet) tales of his life in Paris: The Sweet Life in Paris, My Paris Kitchen, L’appart and Drinking French. L’appart recounts the trials and tribulations of Leibovitz’s attempt to build his dream kitchen in the first apartment he bought in Paris, and is frankly required reading for anyone who thinks Paris is just la vie en rose. His most recent book, 2020’s Drinking French, is dedicated to the history of classic French beverages, from chocolat chaud to pastis.

A 30-year resident of Paris, Wells is a travel writer and entrepreneur: she is founder and CEO of a nonprofit organization, Wells International Foundation, which empowers women and people of African descent to reach their highest potential through the arts. The Houston, Texas native is also co-owner of Entrée to Black Paris, a travel service focused on tours and itineraries that highlight Black and African American history around the city. Wells has been writing about and guiding walking tours for decades; some of her itineraries are explored in her 2002 book, Paris Reflections: Walks Through African-American Paris. Wells is a contributing writer for Bonjour Paris and author of the e-book anthology, Black Paris Profiles, which features interviews with 24 expats.

Farago, an award-winning art critic for The New York Times, covers all things arts and culture in the U.S. and abroad from his home base in Paris. From lamenting over the clichés of Emily in Paris to reviewing major art expos around the world, Farago’s takes are nuanced and très pratique for plotting out your art agenda for the coming months. If you’re visiting Paris any time soon, be sure to check out The Morozov Collection: Icons of Modern Art at the Fondation Louis Vuitton, which he exhuberantly profiled for The Times and was just extended until April 3, 2022.

Francophiles with a sweet tooth perhaps are already familiar with Wilkinson, a Texas transplant who lives just outside of Paris, in Versailles, where she teaches pastry classes out of her 18th-century home (pas mal!). A Le Cordon Bleu-trained pastry chef, Wilkinson’s debut cookbook, 2021’s French Pastry Made Simple, features 10 base recipes that will have you whipping up 60 different delights in no time. Speaking to HiP Paris, the first-time author revealed perhaps the most important tip of all: her top pâtisseries in Paris, Stohrer and Fou de Pâtisserie.

Sciolino’s The Only Street in Paris: Life on the Rue des Martyrs (2015) is a love letter to the storied street (a favorite of foodies) and neighborhood where the former New York Times Paris Bureau Chief has made her home for the past 20 years. The book affectionately catalogs the ways “old” Paris lives on in certain places, people and local traditions. In 2010, Sciolino was awarded chevalier of the Legion of Honor, France’s highest honor, for her “special contribution” to France and America’s friendship. She is the author of four other books, including 2011’s La Seduction: How the French Play the Game of Life and 2019’s The Seine: The River That Made Paris.

Lamar grew up in the Bronx, graduated Harvard and worked at Time magazine for several years before moving to Paris in 1993. He’s written a slew of thrillers and crime fiction in the time since, including Rendezvous Eighteenth and Ghosts of Saint-Michel, both set in Paris. His 1996 novel The Last Integrationist earned him France’s Grand Prize for best foreign thriller. A creative writing teacher at one of France’s most prestigious universities, Sciences Po, Lamar has authored seven novels, a memoir and a play, among other works. His play, 2013’s Brothers in Exile, explores the tensions among the trio of iconic Black authors who were heavily influenced by Paris in the mid-20th century: James Baldwin, Richard Wright and Chester Himes. Up next? A memoir about building his life in Paris. 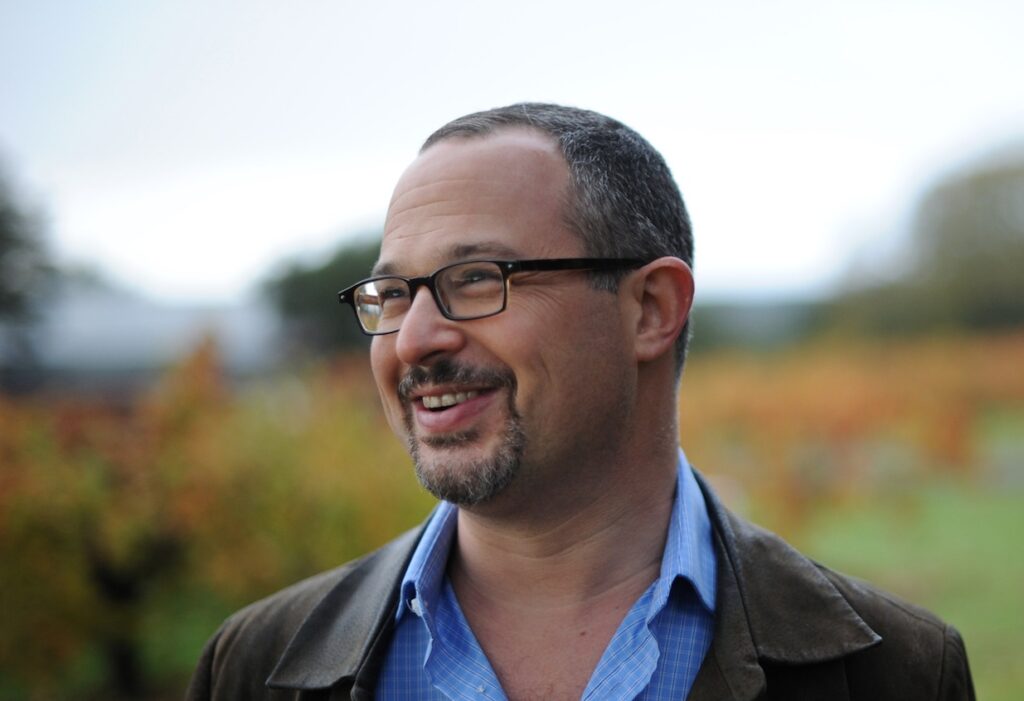 Sure, it’s a delight to discover that you can buy a bottle of pretty decent wine at Monoprix for just a few Euros, but if you’re looking for where to properly experience wine in Paris, Bonné is your guy. A part-time resident of Paris, the James Beard award-winning author and former Chief Wine Critic of The San Francisco Chronicle is the Managing Editor at Resy and a leading American wine writer. The fruits (grapes, bien sûr) of his labor will come together in 2023’s The New French Wine, which will explore all of France’s wine regions and feature roughly 800 producers. While you wait, you can brush up on his other books, 2013’s The New California Wine and 2017’s The New Wine Rules, or his recommendations for the best wine bars in Paris, as told to Lindsey Tramuta.

If you’ve ever fallen in love with a French speaker (or frankly, anyone at all, for that matter), you’ll recognize yourself in the never-ending search for le mot juste that’s at the heart of Collins’ 2016 NYT Book of the Year, When In French: Love in a Second Language. Praised as a “beautifully written meditation on the art of language and intimacy,” the humorous book is a must read for those who’ve ever tried to truly understand a partner. Collins has been a staff writer for The New Yorker since 2008, where she covers all things French culture and beyond.

The author of 15 novels is technically based in Maine, but has a pied-a-terre in Paris (not to mention another in London, and another in Berlin) where he spends his time. Kennedy has sold over 16 million books throughout his decades-long career, and recently created a 14-part digital masterclass on the art of writing a novel for The Artist Academy. His novels, which include international bestsellers The Pursuit of Happiness, The Big Picture and more, are beloved for their page-turning romances.