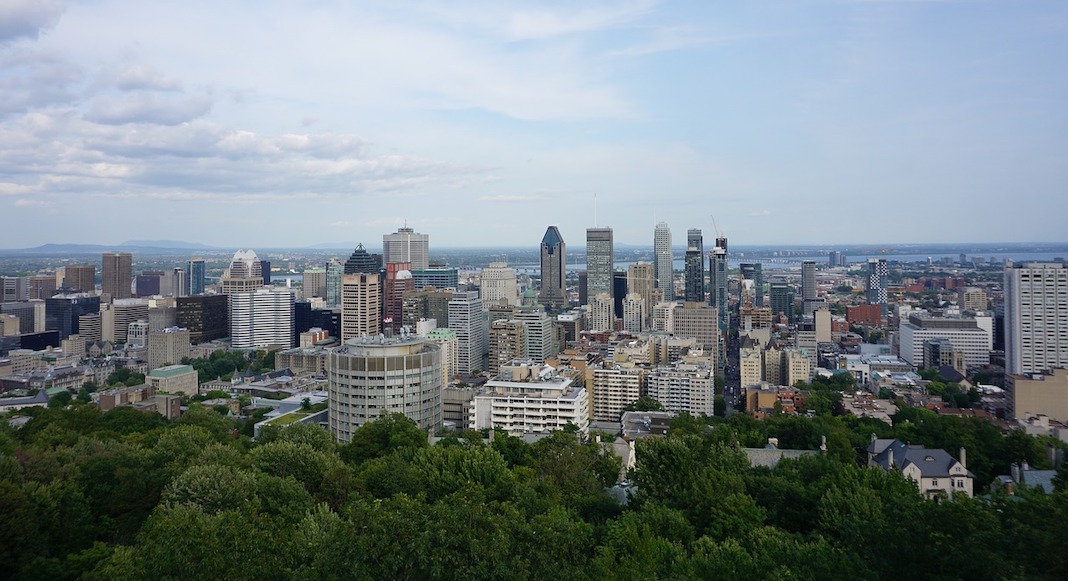 You’ve all been there. You’re in Paris. You walk into that cute little boulangerie next door. You approach the counter. “Je vais prendre un pain au chocolat, s’il vous plaît,” you say, and cross your fingers. You know it’s coming, but somehow you still hope. And then it comes, in thickly-accented English — ”That will be one euro, please.”

The conversation is now in English. You try your French once more but you still get an English “goodbye,” one the whole store can hear, and now they know. You have been marked. You don’t speak French.

Anglophones anywhere in the world are likely to have locals switch to English at the first hint of uncertainty. But for some reason, it always feels particularly insulting in France. Why study all those conjugations, practice your accent, learn the French word for drip coffee, when you won’t get to use any of it?

This is why the best city to actually learn and practice French in isn’t Paris or Lyon or Marseille, but Montreal. Quebec’s largest city is a city built on bilingualism. Back in the mid-18th century, after the British took Canada from the French, the Frenchified locals were prepared for a forced English assimilation. Luckily, the American Revolution made the Queen’s loyal subjects rethink their approach to Quebec. In a brilliant placating maneuver, the British passed the Quebec Act in 1774, providing the Quebecois with a charter of rights allowing them to keep their French language, culture, and Catholic religion. Meaning that from the very beginning of Quebec’s history, bilingualism has been an act of compromise, built on an understanding that peacefully shared physical space is more important than a specific shared language.

The real reason, however, that bilingualism is so encouraged in Quebec where it isn’t in Metropolitan France is that, simply put, Quebec isn’t afraid of English.

In a rapidly globalizing world, universal Anglophone domination is perceived as a real threat in France, which is why the French have an entire organization, the Academie Française, designed to regulate and protect the French language (a self-awarded role they’ve taken up). The Academie has fought long and hard to keep Anglicisms out of their official dictionaries, so that every time a new technology arrives in town with an English name, a French equivalent must quickly be created. L’ordinateur was invented to shut out le computer, courriel was invented when e-mail first came out, and let’s not even get started on le hashtag.

Quebec also has a few particular rules regulating French, but they go in a very different direction. Quebec has a statut particulier, or special status, among Canadian provinces, making it the only province that can cherry-pick immigrants by language. In other words, if you speak French, you have a better chance of moving in. And the Ministry of Quebec offers free French language lessons to all immigrants, even ones specialized by field.

So in cities like Montreal, French is not viewed as something to be guarded and protected, but something to be shared with others. At a boulangerie in Montreal, even if you switch from French to English halfway through a sentence, or sprinkle Anglicisms into your French, no one will bat an eye, but will instead continue in whatever language you opened with until they are asked to switch. This fluid use of language makes it easy for foreigners to attempt French without being afraid that your bartender will roll their eyes and pretend not to understand you for mispronouncing bière blanche. And as a bonus, the Montreal accent (unlike the thicker accents in rural Quebec) is closer to an American accent, so someone from Montreal is less likely to immediately guess that you aren’t a local.

Taking a deep dive in a new language is important, but if you need some training wheels first, maybe save the trip to Europe for after your six-week intensive French course and instead head to the Great White North.